The Swift has been one of the most customized car on Indian roads and now it has become easier for all the owners and interested buyers to personalize their car on their digital devices, thanks to the iCreate from Maruti.

Via iCreta, One can choose a variant of his/her preference, followed by a color of his/her choice. Later, one has the freedom to add multiple official accessories from Maruti on the virtual model. The platform supports modifications on both, exteriors and interiors as well and allows additions/changes on the 3-D virtual model in real-time. 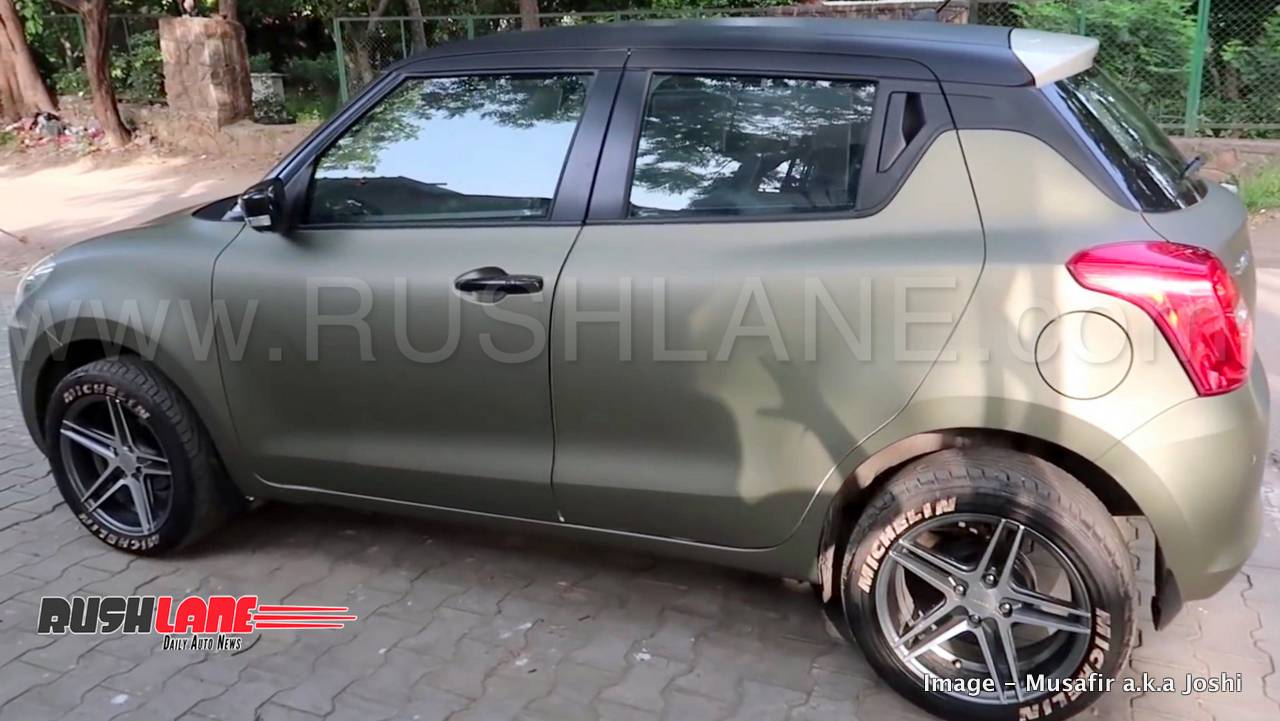 Earlier, Maruti had launched the iCreate for the Vitara Brezza alone and later extended it for the Ignis as well. Now, the customization platform also supports the current generation Swift and one can personalize their hot-hatch as per his/her wish and figure out how it would land-up looking like.

The accessories on offer include door visors, spoilers, roof wraps, chrome garnish and much more. Additionally, there are certain styling kits on offer as well which one can choose, depending upon his/her taste.

But then, there are some car owners, who want more customization, like the owner of a new Maruti Swift in the video below. This is the first ever new Swift in Army Green colour wrap. It cost the owner Rs 20-30k for the job. Youtuber Musafir a.k.a Joshi and his friend Harpreet explain the process in detail.

Coming back to iCreate vs aftermarket customization – Benefits of using authorized accessories are multi-fold. Even though genuine accessories usually charge a premium over their local market counterparts, they ensure that the warranty on your vehicle doesn’t go void. Additionally, OEMs maintain a standard quality check procedure and it helps to avoid unforeseen accidents like an internal short-circuit etc.

OEMs in India have recently started focusing a lot on customization and personalization as they have identified these as key factors to provide a differentiated experience to customers. Tata had revealed their Imaginator app during the launch of Nexon AMT and Mahindra already has its SyouV platform which provides similar customization features for a majority of Mahindra SUVs.