It has hardly been a few days that the all new 2019 BMW Z4 roadster made its debut at the Pebble Beach Concours d’Elegance during Monterey Car Week. Compared to the older Z4, the new one looks a lot more sporty. But, to make it look even more sporty, it has now been given the face of Maruti Swift based Suzuki Swift Sport. 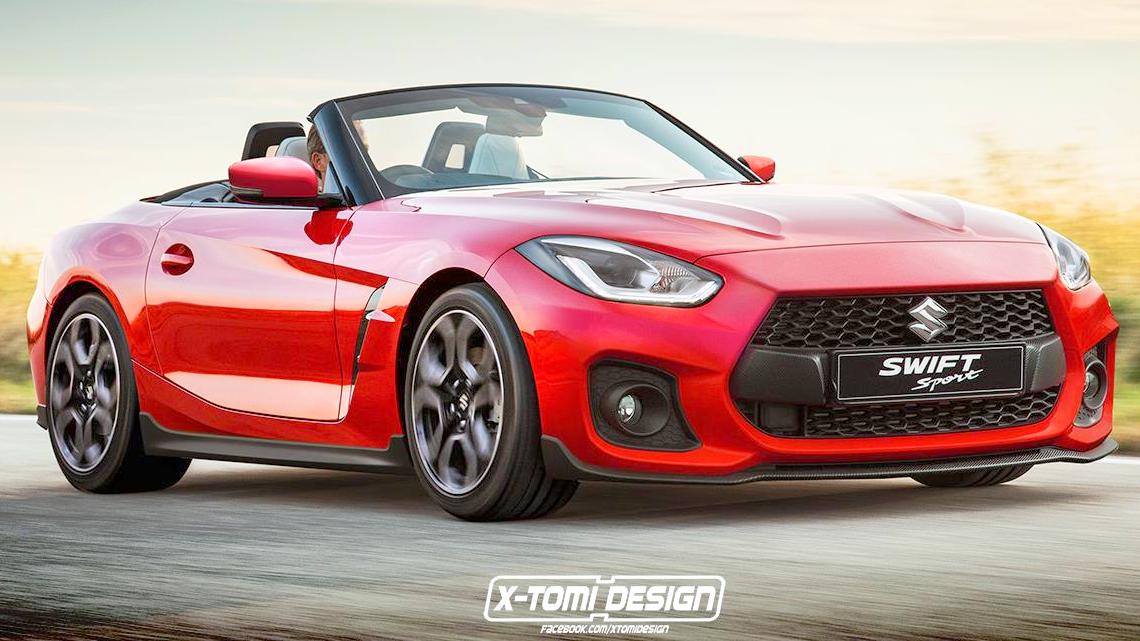 Thanks to photoshop, the BMW Z4 gets a Maruti Swift makeover with a host of exterior parts borrowed from the latter. The end result, which is a mix of BMW Z4 roadster and Maruti Swift is quite amazing.

X-Tomi Design has photoshopped Maruti Swift’s front bumper, large front grille and swept back headlamps onto the Z4 while at the sides, ORVMs and alloy wheels are also borrowed from the Swift Sport. The wing mirrors appear too large for the convertible while side skirts from the Swift Sport give it a more low slung effect. The larger front bumper adds some width to the Z4 giving the convertible a sportier stance along with the alloy wheels.

Speaking about his latest creation, X-Tomi Design has named it “Suzuki Swift Sports Convertible z4”. “Somewhat similar to the recently presented z4, and the part of Swift Sports, so came the idea to cross the two. The Fund was given by the new BMW, with its new swift sports lamp, bumper, threshold, rims and exterior rear-view mirrors.”

This photoshopped creation is no match for the real BMW Z4 which is powered by a 3.0 liter turbocharged V6 engine offering 340 bhp power and acceleration from 0 to 100 kmph in 4.6 seconds which is nearly twice as fast as the 8 second timing seen on the Suzuki Swift Sport.

What do you think of the render? Do you like the Maruti Swift Z4 better than the original BMW Z4? Share your thoughts and opinion in the comments section below.