The Maruti WagonR has been an undisputed king of its segment in India, thanks to roomy interiors, sensible pricing, and above all, the assurance of peace of mind that people of our country usually associate the Maruti badge with.

The arrival of promising challengers like the Tata Tiago and new Hyundai Santro has kept Maruti focused on bringing its A Game out with the next generation WagonR. The new model has been spied inside out and the brochure has been leaked ahead its official debut later this month. 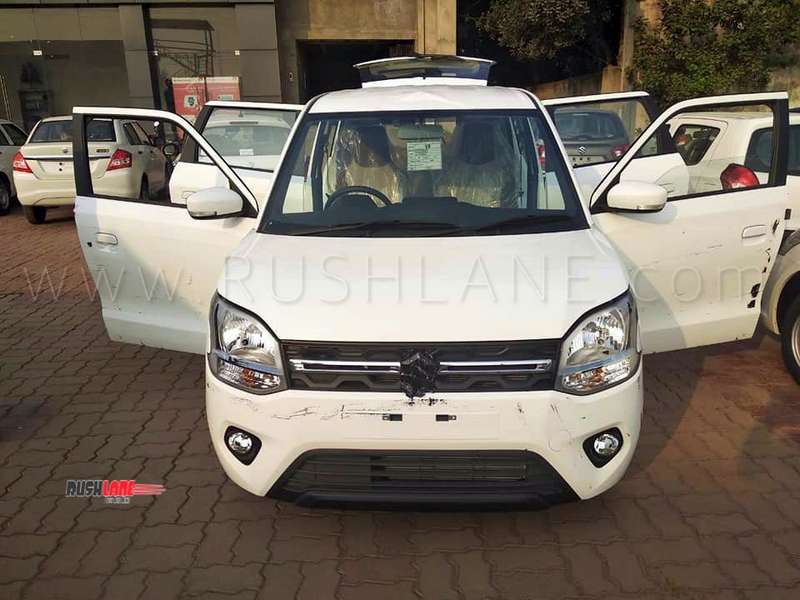 So, has the 2019 Maruti WagonR managed to capture the essence of its predecessor so as to continue as the middle-class India’s natural top choice of first car? Here is a quick comparison to help you understand how the newest tallboy in town stacks up against its rivals. New Maruti WagonR vs Hyundai Santro vs Tata Tiago. 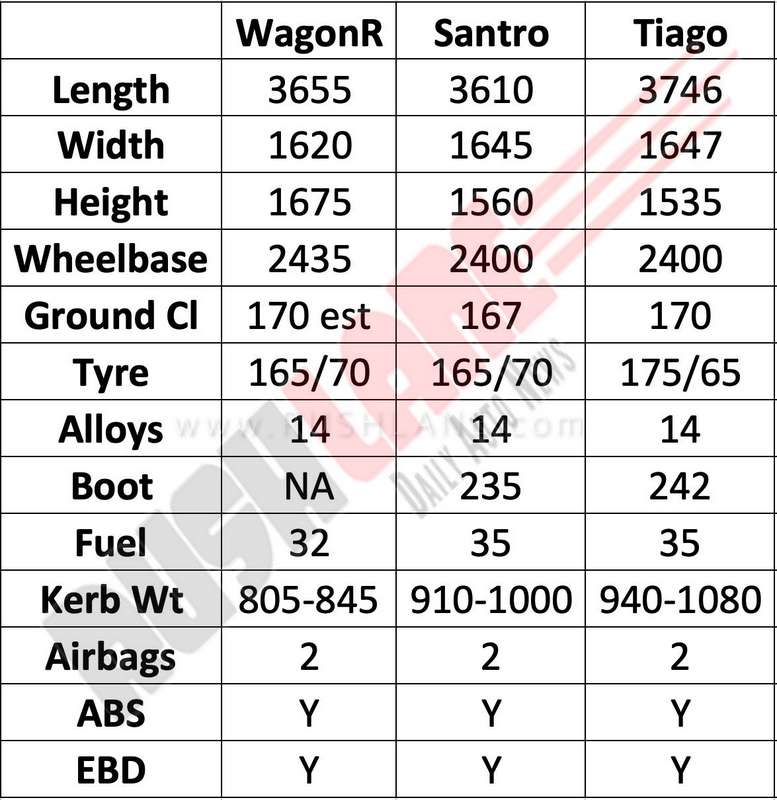 Engine and Transmission: The 2019 Maruti WagonR will now be offered with the existing 1.0-liter three-cylinder petrol engine (also available in LPG and CNG versions) as well as the larger 1.2-liter four-cylinder unit that is borrowed from the Swift. The 1.0-liter unit produces 67 PS and 90 Nm while the bigger engine is good for 83 PS and 113 Nm. Both engines will come with standard 5-MT and optional AMT.

To give you some numbers, the Hyundai Santro petrol returns a mileage of 20.3 kmpl while the CNG variant returns 30.48 kmpl. The Tiago petrol and diesel variants have fuel economy figures of 23.84 and 27.28 kmpl respectively.

Price: The Hyundai Santro retails between INR 3.9 lakhs and 5.65 lakhs while the Tata Tiago’s prices range from INR 3.5 lakhs to 6.15 lakhs. Like the old Maruti WagonR, the new car is expected to have higher base price than its rivals but the prices of higher variants would be comparable. Given the strong brand pull and significant improvement over the previous model, Maruti could get away with slightly higher prices than the rivals. For reference, the old WagonR has a starting price of INR 4.3 lakhs. (All prices are ex-showroom).

Which one to buy? – The 2019 Maruti WagonR, Hyundai Santro, and Tata Tiago may belong to the same segment but it is safe to say that each one has its own individuality and USP. That said, going by the history, the new WagonR is likely to retain its top spot with the Hyundai coming second but do not discount Tata’s game changer. With a quick feature update, the Tiago would continue to be right in the middle of action.