Easily among the most recognizable and even the most revered car brands in the world, the S-Class has always been at the pinnacle of luxurious offerings from its Stuttgart-based manufacturer. In its sixth-generation now, the S-Class received a facelift last year and has finally made it to our shores. We drove the updated version of the “best car in the world” recently to find out about all that’s new with this tech-laden chariot. 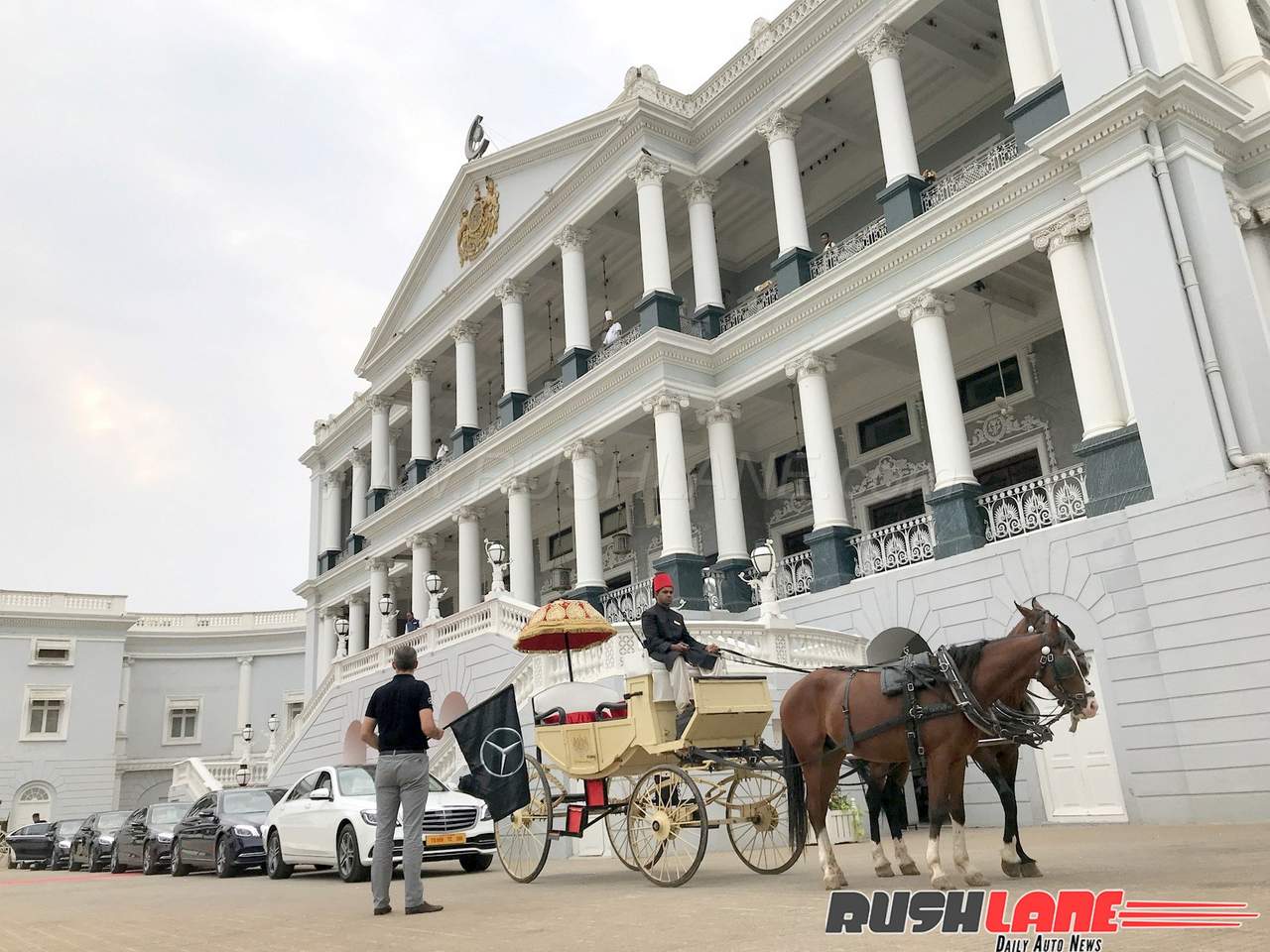 Well, at the first glance, the new S-Class looks almost exactly like the outgoing version. The exterior remains almost the same as it gets only a few hard-to-notice changes. You get a new set of headlamps, which carry LED fixtures and newly-designed DRLs. The taillamps are also new and now have a crystal look. Other than this, the car gets a new grille that carries split horizontal chrome louvers. 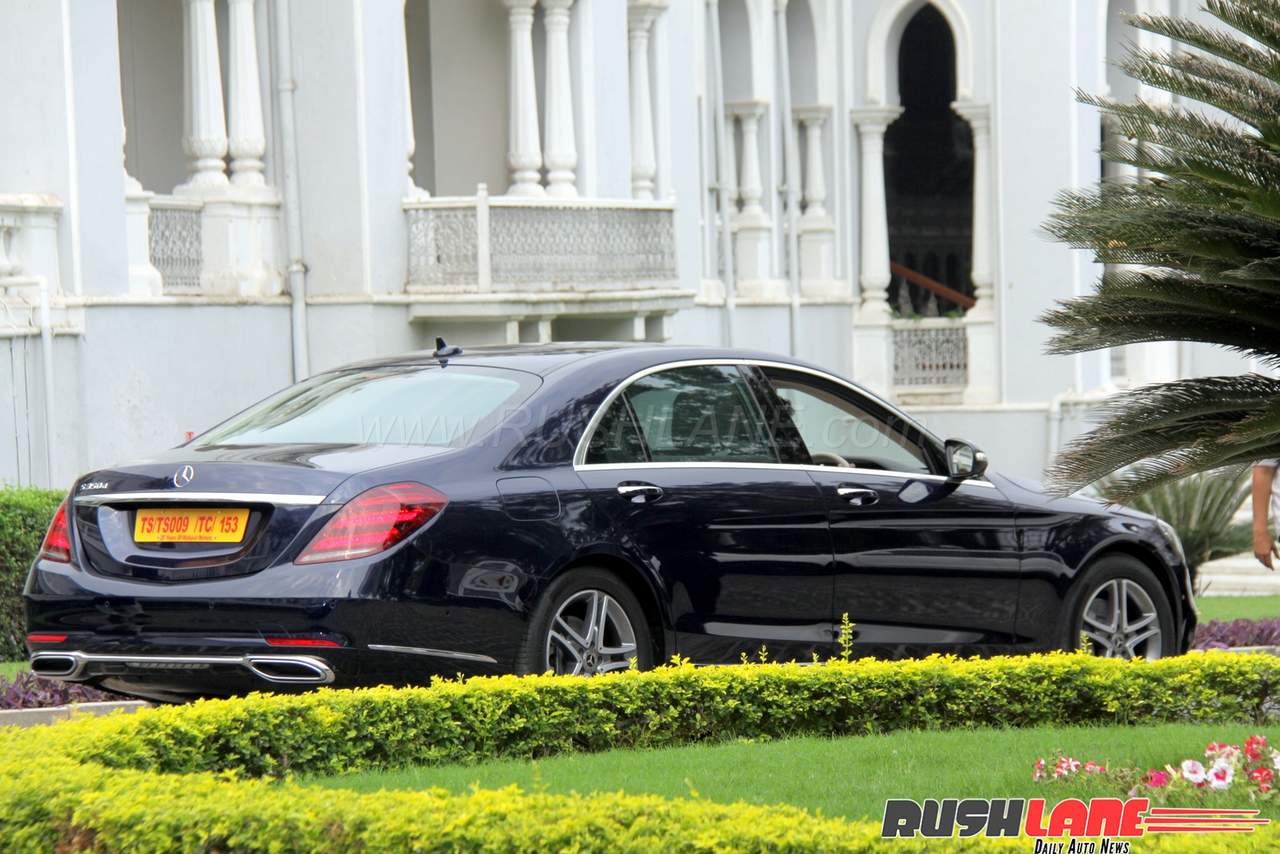 The bumpers are also new and the S-Class gets a set of new design 5-spoke alloy wheels to complete the new look of the car. Like we said, changes to the exterior have been rather minimal, which isn’t a surprise. Come to think of it, this, here, is merely a mid-cycle refresh and not an all-new generation. The latest S-Class has always looked stately and has aged gracefully over the years. The minor nip and tuck given to it has only made this handsome car look a tad younger. 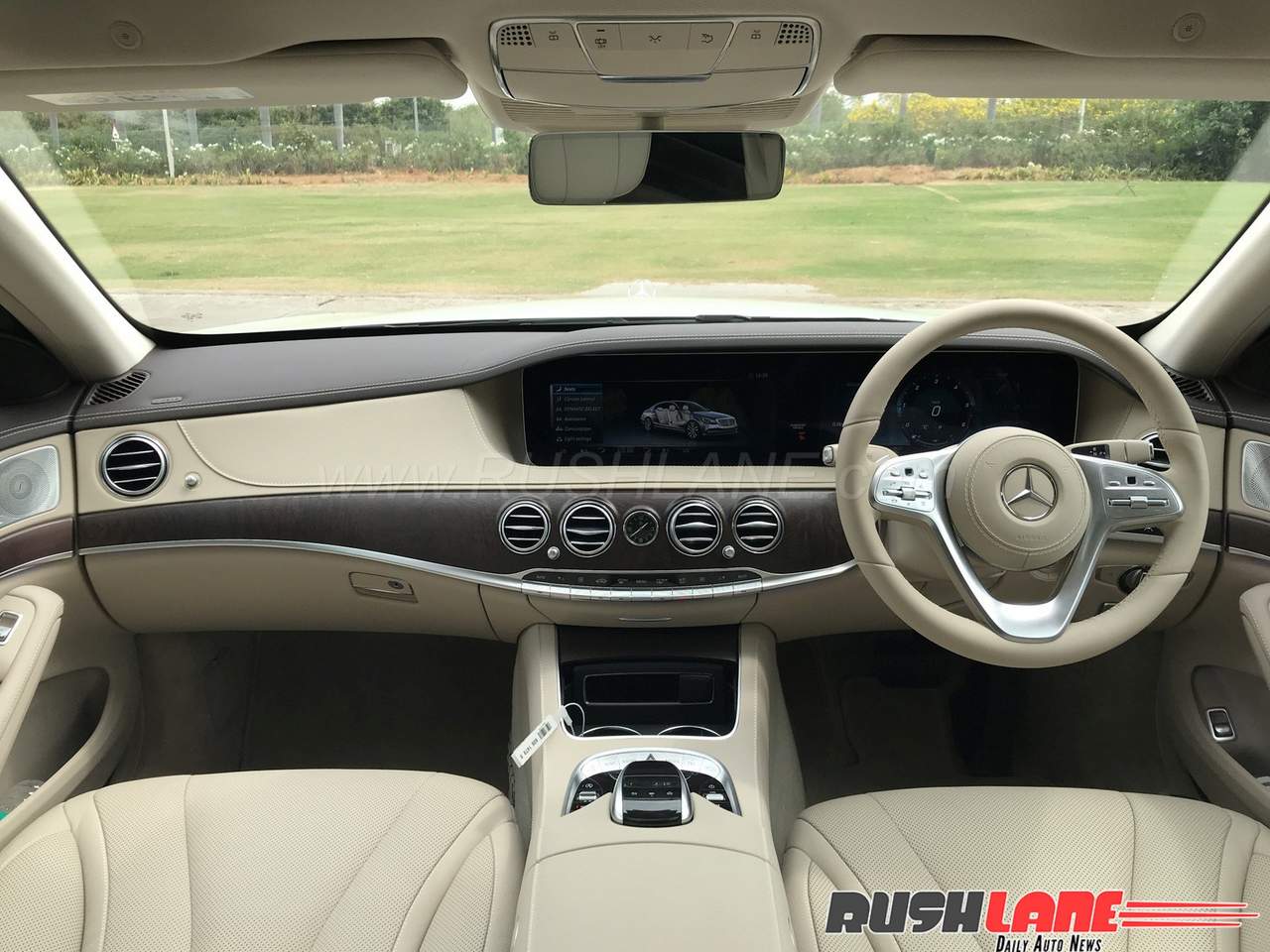 While the exterior receives only a handful of minor updates, the cabin has been comprehensively updated. The interior of the S-Class gets all the new-age technology that made its debut on the new E-Class. Visually, the feature-packed cabin hasn’t received any major updates. You get two new natural grain ash wood trim options, a new brown colour tone, and three new options for the upholstery -Silk Beige/Deep-Sea Blue, Magma Grey/Espresso Brown and Mahogany/Silk Beige. However, there is a lot of new equipment on offer, which is what really enhances the appeal of the interior setup. Most of the new features that made their debut on the new-gen E-Class have found their way to the more upmarket sibling. 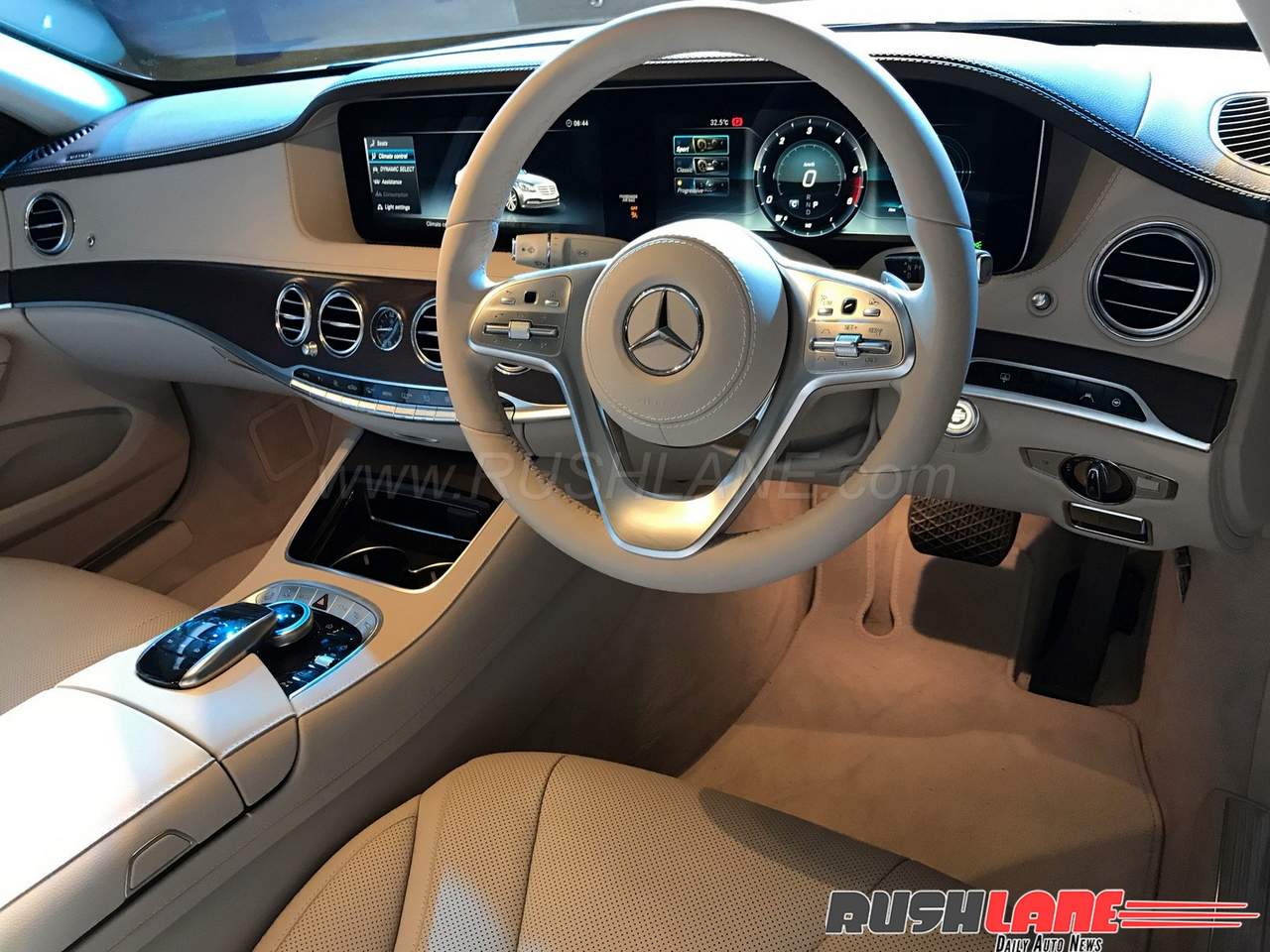 The steering wheel gets the new touch-sensitive controllers, which enable you to toggle between many settings like you would do on your high-end smartphone. The touch sensitive controls are one of the many world-firsts that made their debut on the new E-Class. We think it’s a really innovative feature to enable a driver control various settings without getting distracted by a plethora of buttons. Even the new infotainment system of the S-Class made its debut on the new E-Class – the S-Class now offers two high-resolution screens, a 12.3-inch unit for the infotainment system along with a large display for the virtual instrument cluster. 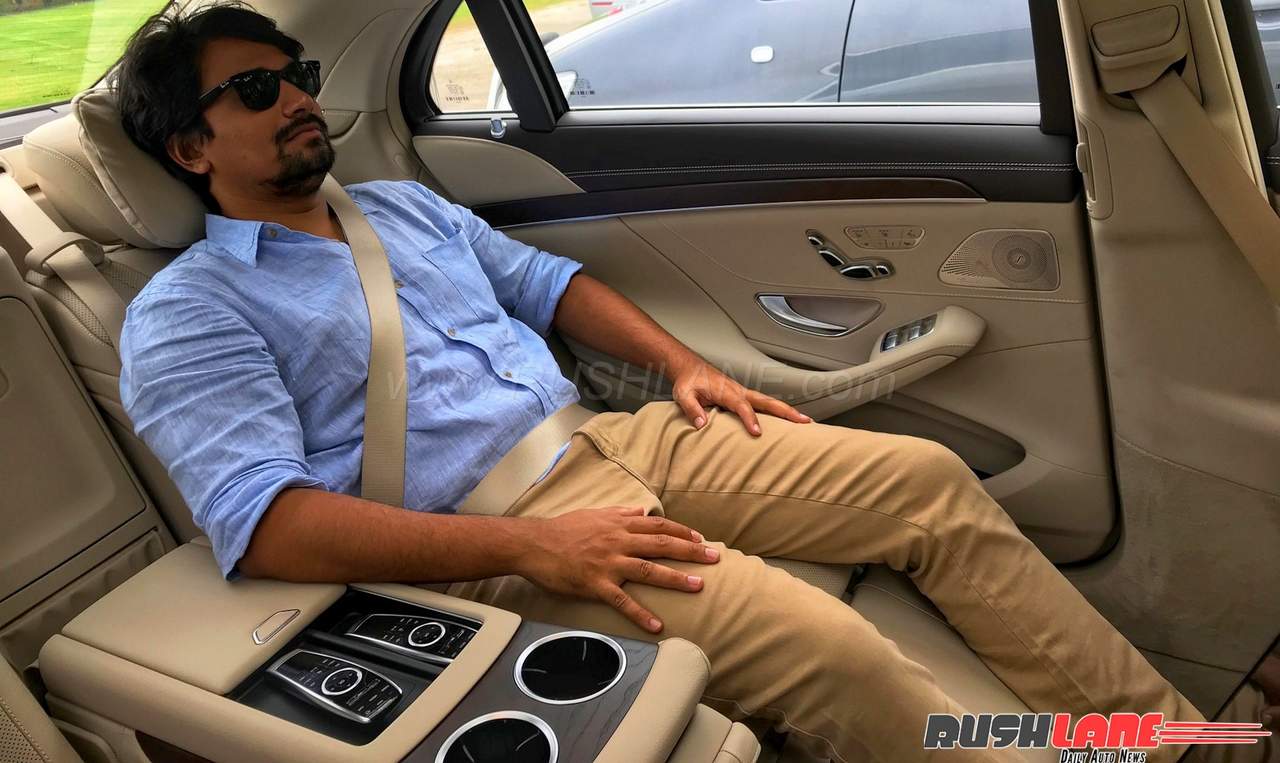 A huge majority of the rich and well-heeled buyers of the S-Class spend most of their time in the rear seats. Hence, we thought it only apt to get into the back seat and try to absorb all the opulence the cabin reeks of. Like we expected, the S-Class has enough to keep the rear passengers happy. To start with, there’s a phone charger and even a cooled storage box. 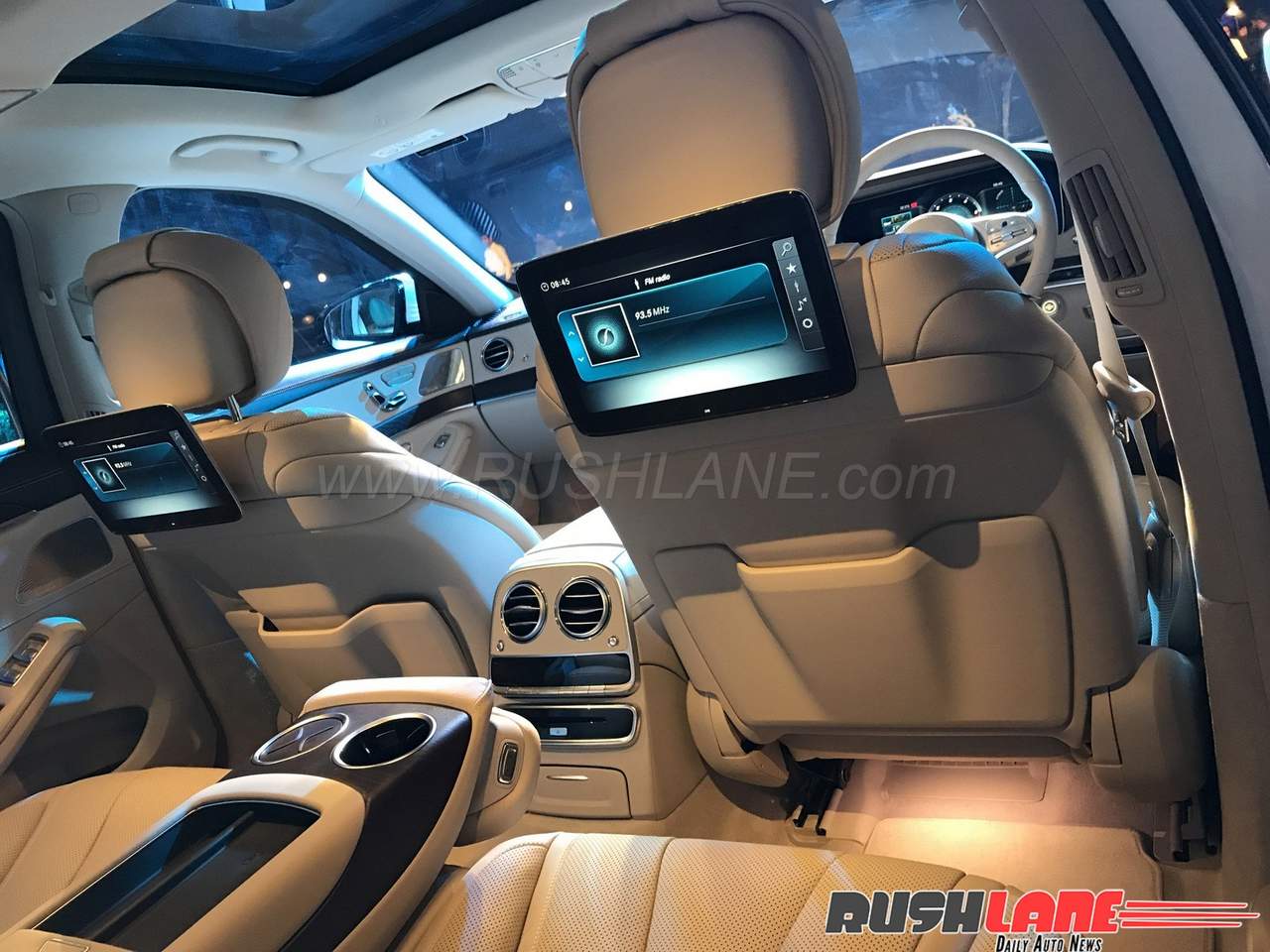 This isn’t all as you also get really comfortable seats befitting of a first-class airline. The rear passengers also get an infotainment system. Unfortunately, however, you don’t get touch controllers. There’s a remote to operate the system. Take a look at the interiors in detail in the video below.

The S350d gets a new inline 6-cylinder diesel engine that generates a maximum power of 286 bhp along with a peak torque of 600 Nm. The motor comes mated to a 9-speed automatic transmission that sends power to the rear wheels. The new-age six-cylinder engine is BS6-compliant, which means the new S-Class becomes one of the first few cars in India to comply with the upcoming emission norms much ahead of the deadline. Moreover, the engineers have made sure that the engine runs like clockwork even on the BS4-grade fuel that’s currently available in the country. 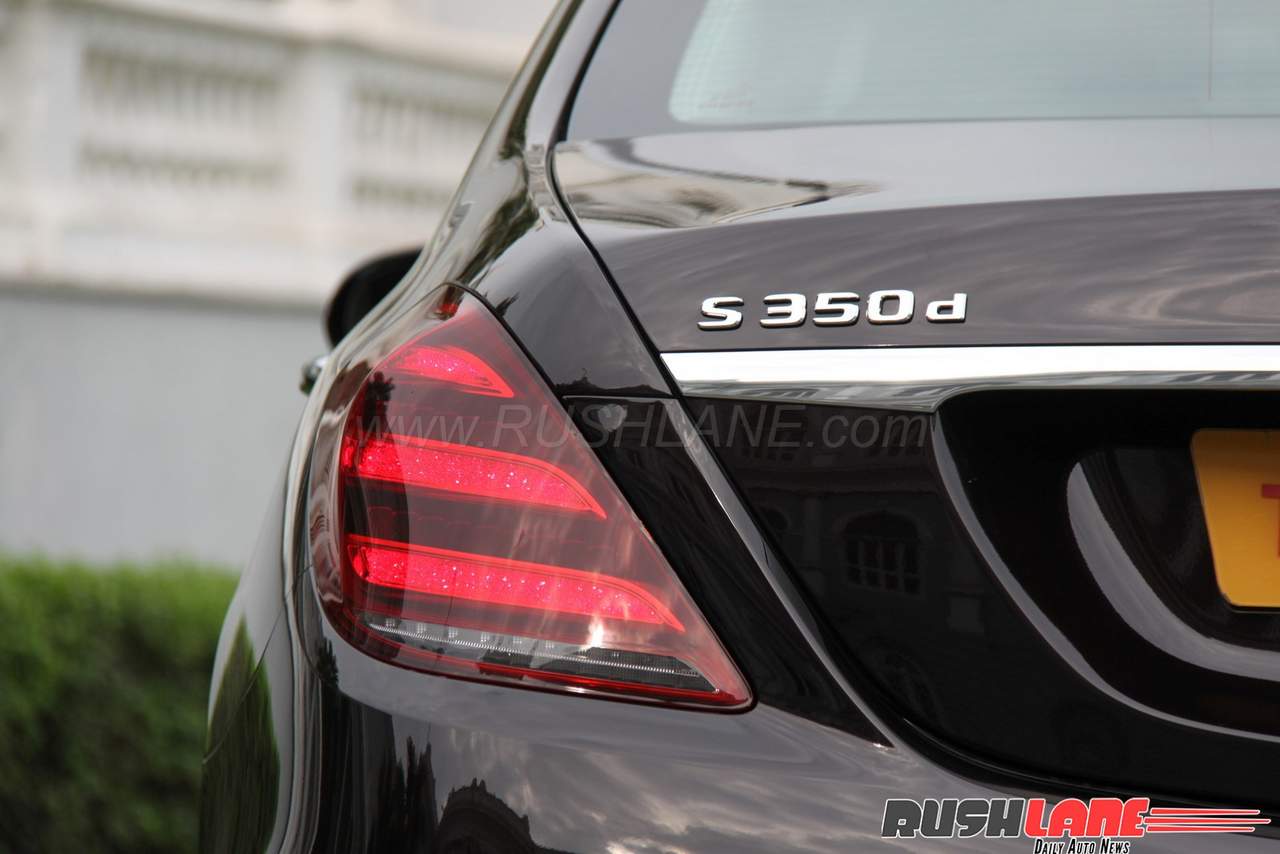 The S-Class is not a sportscar, no, far from it. Yet, in spite of weighing north of 2-tonnes, it can sprint to 100 kmph from standstill in merely 6 seconds. This, even when the S350d is a diesel-powered vehicle that hasn’t received any of the sophisticated tech-wizardry found on company’s AMG cars. The high performance on offer enables this car to become a relaxed mile-muncher on the highways. The gearshifts are totally seamless. The car also offers steering-mounted paddle shifters in case you want to override the electronics and take matters in your own hand. You can switch to the Sports mode for sharper throttle inputs and slightly additional weight for the steering, but the question is if you would find it appropriate to ask this stately saloon to behave like a lightweight sportscar. 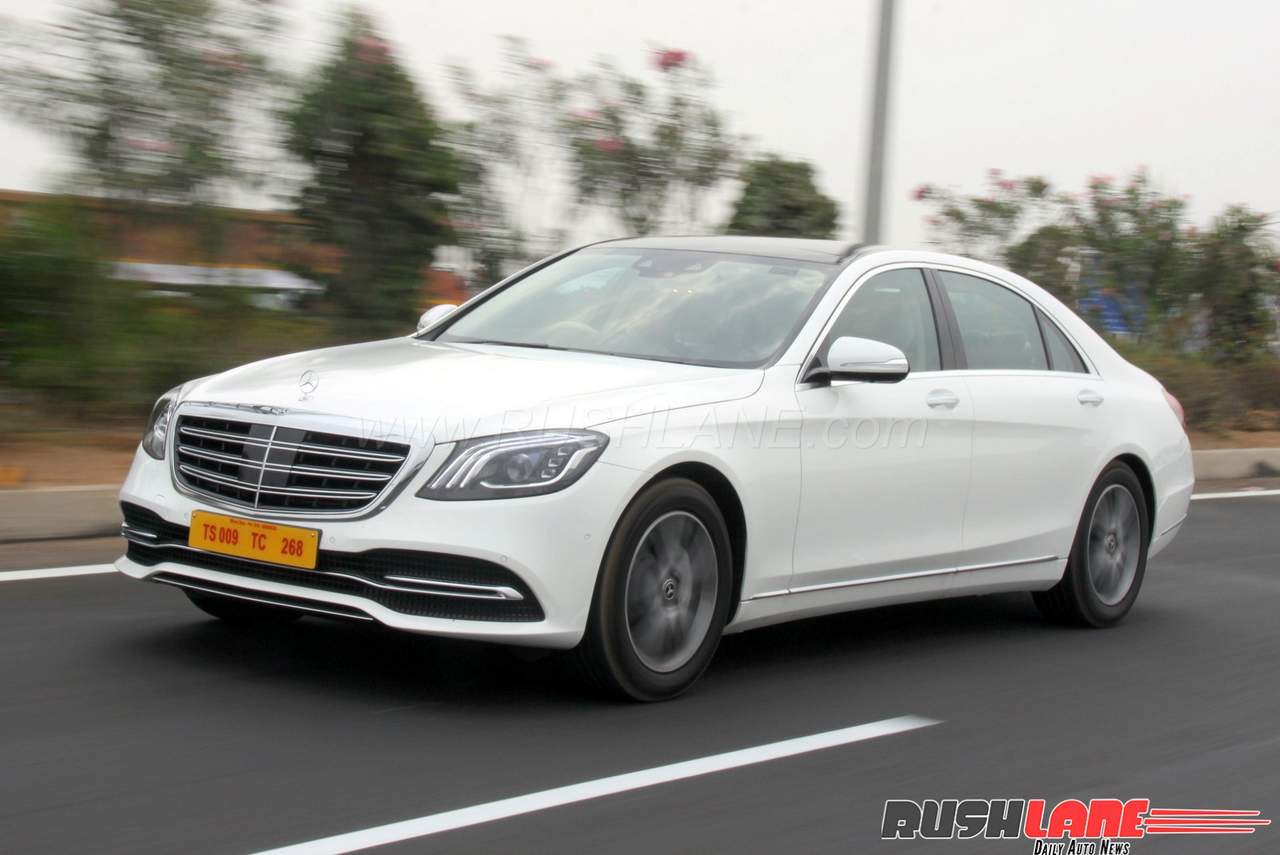 The biggest highlight, however, is that the new S-Class is a Level-2 autonomous car. What this means is that this luxury chariot is capable of managing the steering and the paddle controls on its own. The driver can activate this system simply by a touch of a button. With the Adaptive Cruise Control engaged, the driver can forget about managing the steering or throttle and brake inputs. The car does all of it on its own, based on the inputs it receives from a sophisticated radar system. The system is so smart that it even changes the speed and direction of the car in case it senses a curve or a pothole ahead. The new S-Class can even change lanes on its own simply with the flick of the indicator switch. Of course, not all of this tech is usable on our roads. It’s still a long way before India gets the infrastructure to support all this tech-wizardry. Autonomous features explained in videos below.

While the new S-Class has been through quite a few changes in the above departments, one thing that remains the same is the almost unmatchable ride quality that the latest-gen S-Class has always offered. The S-Class gets an adaptive air suspension on all four wheels. This helps the car deliver the proverbial magic carpet ride. Simply speaking, you’ll be hard pressed to find even a single undulation that can upset the composure of this car. 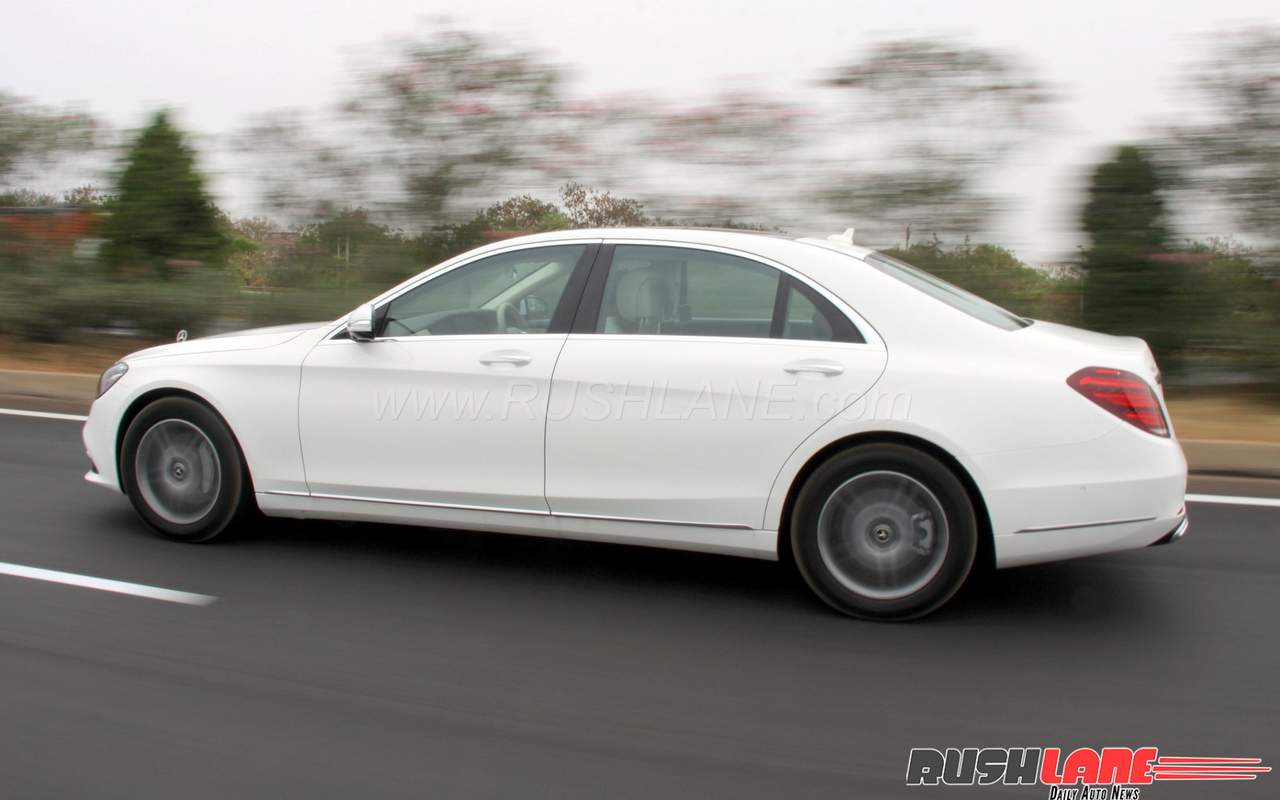 Here, again, switching to the Sports mode makes the car a bit sharper. You get a slightly firmer ride and the steering feels a touch more responsive. However, the rear passengers still won’t feel any difference in the way this car rides. Simply too impressive, no?

The Mercedes S-Class is touted as the “best car in the world” and frankly, it’s tough to find a fault with this claim. Priced at Rs 1.33 Crore (ex-showroom), the new S-Class is only for the really rich. However, it’s easily among the finest specimens of automobiles we’ve ever seen. There’s just too much going in favour of this car. For starters, it has always looked very elegant and things get even better with the advent of the latest facelift. The interior, too, gets a handful of changes and a lot more tech. The new engine is BS6-compliant and has enough power to propel this two-tonne limousine to warp speeds. But this isn’t all that the rich clientele would be looking for. What really seals the deal in favour of this flagship sedan is the stratospheric level of luxury and comfort it has on offer. 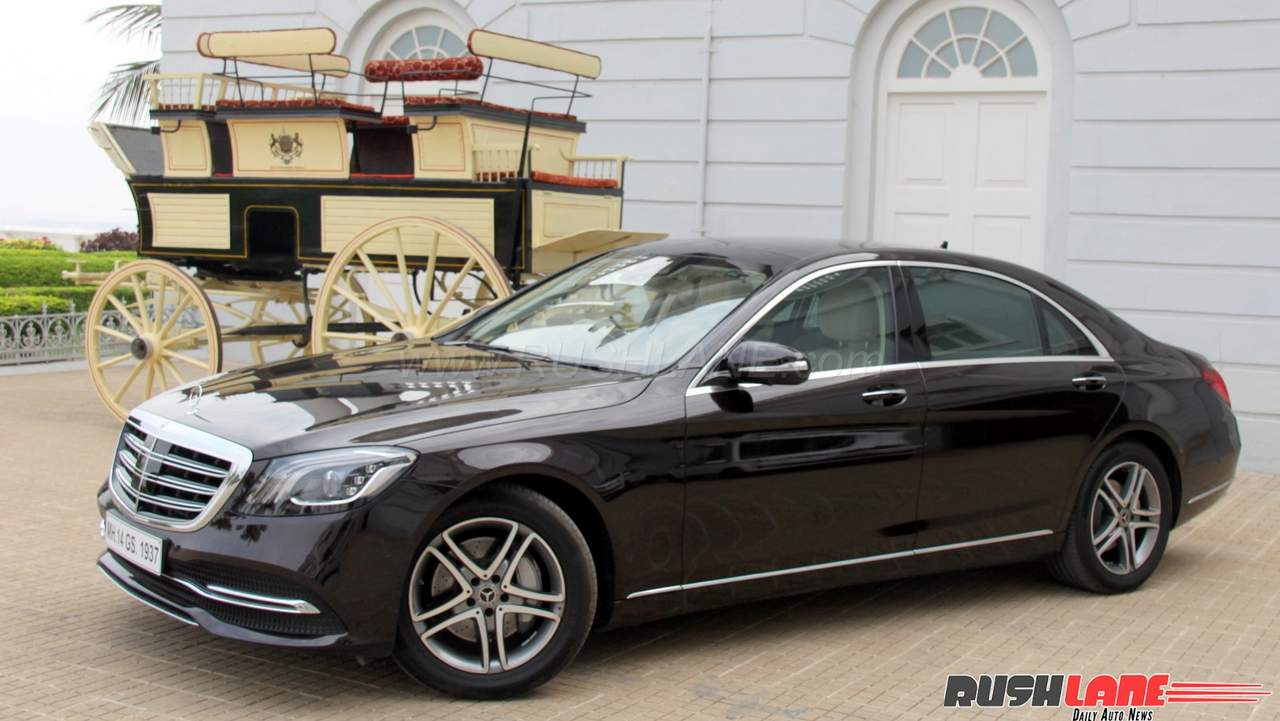 True to its legacy, the S-Class has once again made enough progress to continue offering one of the best rear seats in the business. Call it the result of the technical advancements or Mercedes’ quest to deliver a luxury car that pretty much excels in every department – the new S-Class is really everything you can wish a car to be. The best way to spend a crore and a half rupees? Definitely!