MG Motors, having noted outstanding success where its three offerings -Hector, Hector Plus and the ZS EV, now plan their fourth car launch in India. The MG Gloster will be a 6 seater full sized SUV. It has been revealed the SUV ahead of launch, proclaiming its Next-Gen Automotive Technology.

Based on the Maxus D90

The new MG Gloster for India, is based on the Chinese Maxus D90 SUV. It was showcased earlier this year at the 2020 Auto Expo. Testing on Indian roads continues ahead of official launch sometime in October. The Gloster is positioned on a ladder frame chassis and will measure 5,005 mm in length, 1,932 mm in width and 1,875 mm in height. These dimensions make it larger than the likes of Toyota Fortuner and Ford Endeavour.

In terms of design, the MG Gloster bears subtle changes, as compared to the model that was showcased at the 2020 Auto Expo. It gets an octagonal front grille, sleek LED headlamps, a muscular bonnet, LED tail lamps and quad exhaust pipes. The Gloster will sit on 19 inch, multi-spoke alloys finished in silver-grey scheme. Take a look at the new video of Gloster below, revealing the car in full detail. Interiors, exteriors and some new exciting features like automatic parking.

Officially, not much is revealed about its interior. But leaked images from MG India dealerships suggest that it will sport the very best in terms of interiors as well as features and technology. Gloster will get leather upholstery, a panoramic sunroof, a completely digital instrument panel, tri zone automatic air conditioning, 10 inch touchscreen infotainment system with i-Smart suite which offers over 50 connectivity features for which MG Motors is renowned. 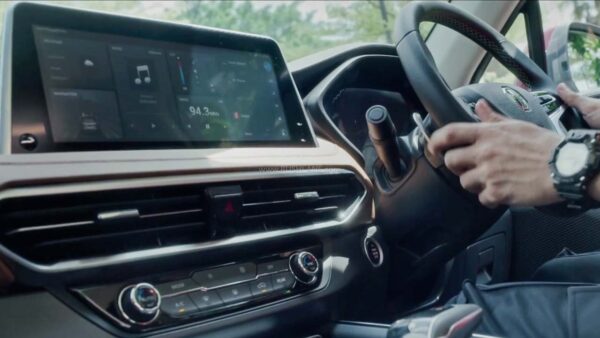 The MG Gloster SUV in global markets, is powered by a 2.0 liter turbo petrol engine offering 220 hp power and 360 Nm torque. The engine will be mated to either 6 speed manual or 6 speed automatic options. In India, the Gloster could get an in-house developed 2.0 liter twin turbo diesel engine making around 215 hp power and 480 Nm torque.

Automatic and AWD variants could also be a part of the package offered. Due to the company’s heavy localization of production, the MG Gloster SUV could be priced very competitively. A starting price of Rs.45 lakhs is expected, ex-sh.