Porsche has launched the third generation Cayenne in India. It is offered in three variants, the Cayenne, Cayenne E-Hybrid and Cayenne Turbo and prices start from Rs 1.19 crores. Bookings opened in June this year while bookings of the Turbo opened in September. The first batch of Cayenne’s have already been sold which indicates its popularity in the country.

2018 Porsche Cayenne boasts of several upgrades in terms of style, features and performance while engines also get more powerful over its earlier counterpart. It is positioned on a new chassis and receives a separated link design for front axle and a multi link rear axle significantly enhancing agility of the SUV. 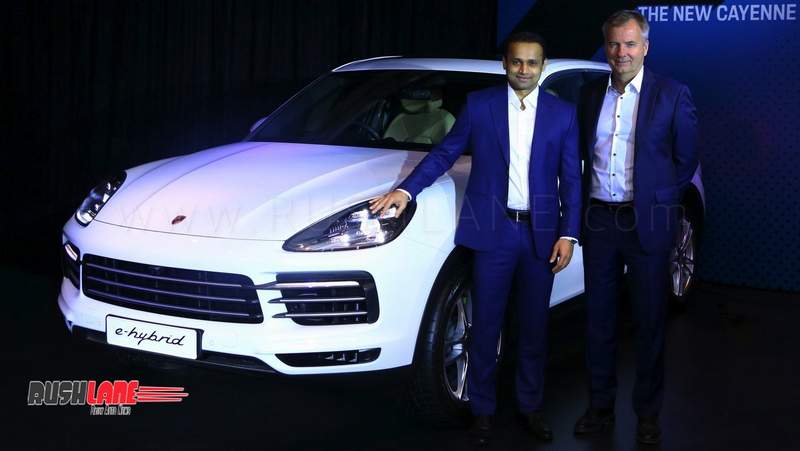 Feature updates include the Porsche Dynamic Light System or LED Matrix Beam headlights. The new lightweight chassis is redesigned to offer optimum balance between sporty performance and on-board comforts while overall weight is reduced by upto 65 kgs. The new Porsche Cayenne is offered in four modes of Mud, Gravel, Sand and Rock and the SUV can be tuned to change drive modes and chassis settings along with differential locks as per terrain.

Exteriors are also noted in twin tail pipes and larger air intakes along with double row front light modules and 21” wheels on the Turbo variant while rear apron, exterior mirrors and door trims are also finished in the same vehicle color scheme. 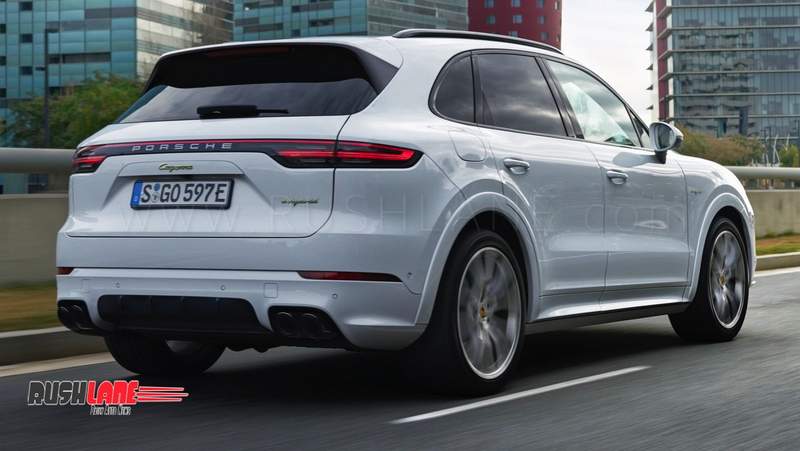 The cabin of the new Porsche Cayenne SUV is spacious and offers a host of driver and passenger comforts while boot space is increased by 100 liters. Porsche Advanced Cockpit shows off increased connectivity and intuitive controls while the central console boasts of a Direct Touch Control, 12.3” touchscreen infotainment system and head up display. In terms of safety, the new Cayenne gets LED headlamps, cruise control, rear park assist and warn and brake assist with predictive pedestrian protection.