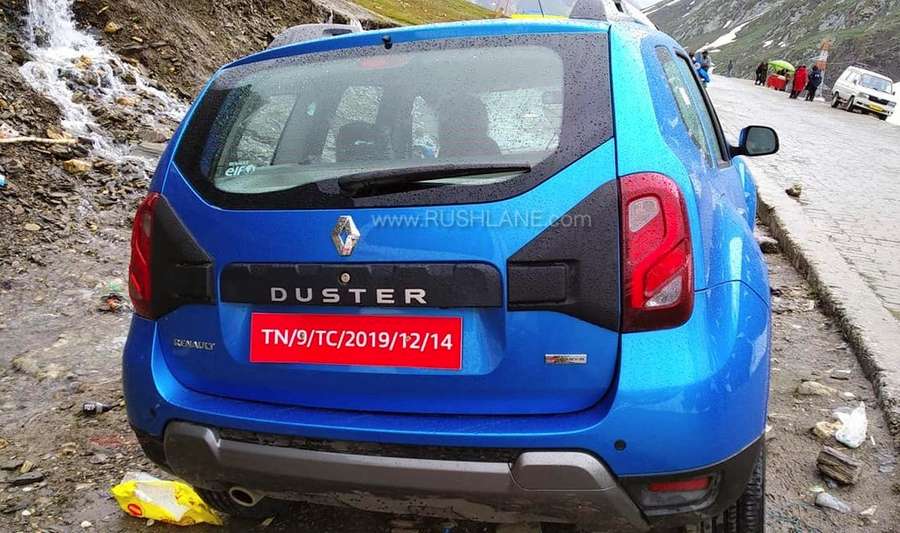 Before the launch of Kwid, Duster was the best selling Renault car in India. It was thanks to the combination of success from Kwid and Duster, Renault India managed to enter the top 10 markets for the Renault Group. But Duster sales have not been same, thanks to the launch of many new cars in the segment, especially Hyundai Creta.

From selling over 7,000 units a month in the initial months of launch, Duster sales have come down to just under 700 units for May 2019 (672 units, to be precise). In order to get back in the competition, Renault India is planning to launch an upgraded Duster. The same has been spied in Chennai wearing camouflage over the past few months. 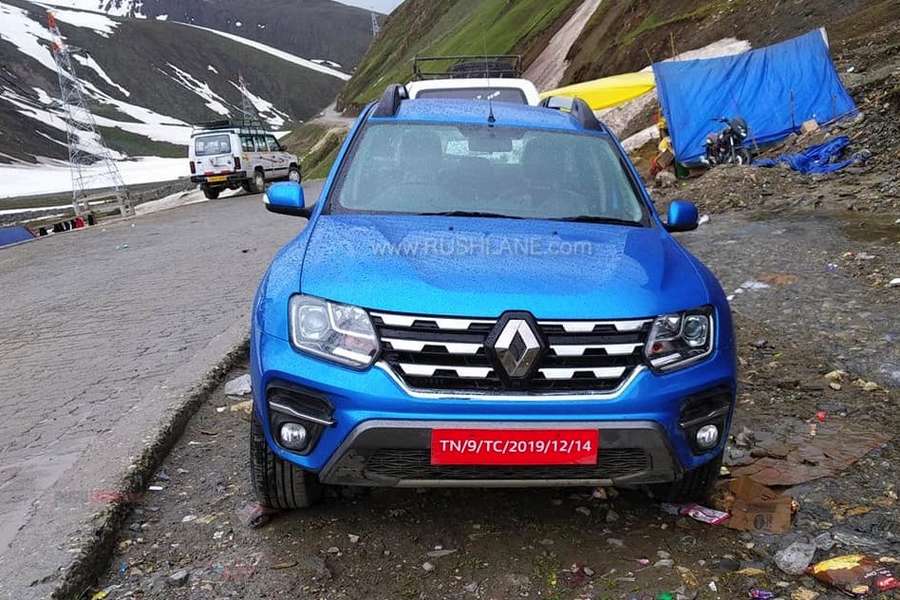 Now, for the first time, new Duster for India has been spied completely undisguised in a new shade of Blue colour by automotive enthusiast Digvijay Singh. The SUV was spotted at Zoji La mountain pass on the Srinagar – Leh highway. It is one of the highest and most dangerous mountain passes in the world.

In its newest avatar, Renault Duster will sport small cosmetic changes, and upgrades to make it BSVI compliant. The India-spec model clearly looks different from the international spec model seen recently at the Geneva Motor Show. The Duster above is not to be confused with the new generation Duster which was launched in the international markets last year. The Duster you see above is based on the same platform as the current Duster which is on sale in India already. 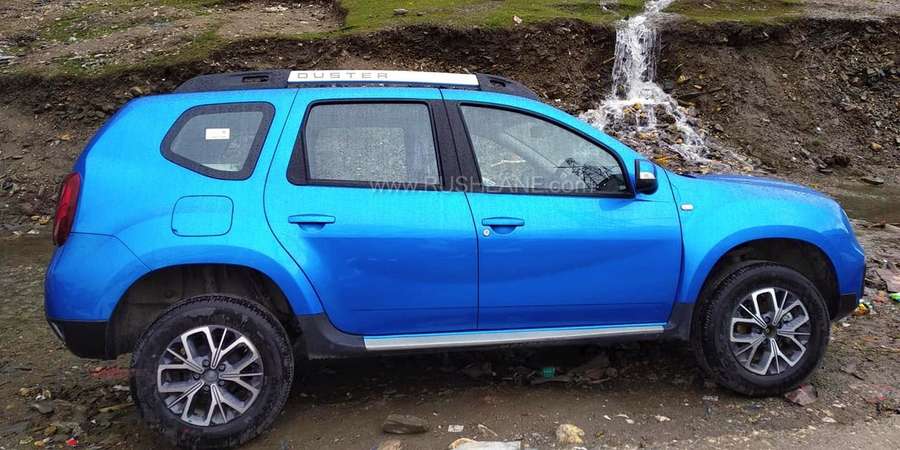 So why the update? Well, the Duster was first launched in 2012 in India. And is basically the same car which is on sale even today. Same platform, same engine. But, over the next few months, India will see the implementation of Bharat NCAP crash test norms as well as the BS6 emission norms. This is the reason Renault had to update the Duster, in order to meet the norms. BSVI compliant India-spec Renault Duster also meets the new pedestrian protection safety mandates, and newly formulated crash test norms specific to the country.

There’s plenty of changes upfront. The front faux skid plate has been simplified and wears a bolder and wider look. Fog lamp encasing is a lot bigger than before, and the front grille design too has been changed with a more trough like form, and plenty of chrome. The headlight unit has been revised. The bonnet redesign makes for a more pronounced raised bit to ensure space between it and engine bits below. The front bumper and overall design language resorts to sharper lines. The model on test sports roof rails, and no sunroof.

Powering the new Duster will be the same set of petrol and diesel engines which power the current Duster. These are petrol 1.5 liter and diesel 1.5 liter 4 cylinder engines. Petrol engine is rated to deliver 105 hp and 142 Nm via 5 speed MT and CVT, while the diesel motor is offered in two tunes – 85 PS / 200 Nm and 110 PS / 248 Nm. The lower power option is mated to 5 MT while the latter comes with 6 MT or optional AMT. The 110 PS variant also gets 4×4 drive system.

Once launched, new 2019 Renault Duster will take on the likes of Hyundai Creta, and the soon to be launched Kia SP. Expect pricing to be increase marginally for the petrol variant, and by about Rs 1 lakh for the diesel variant. BS6 implementation will result in higher increase of pricing of diesel engine powered cars.