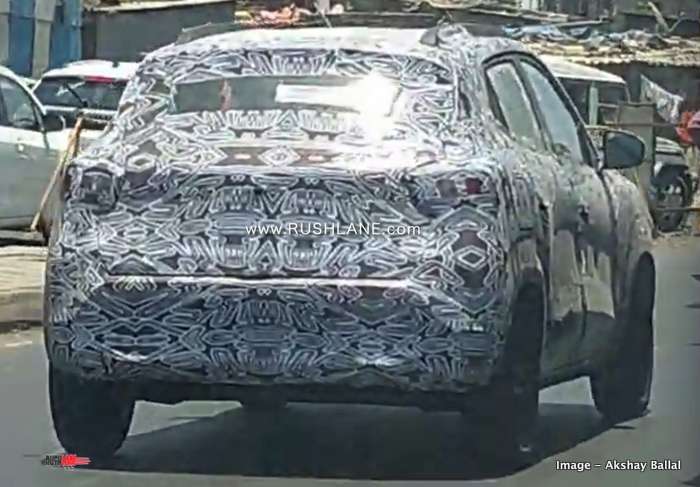 When Renault launched the Kwid back in 2015, it become an overnight success. Customers liked the overall value proposition the Kwid provided, and to top it all, its Duster inspired SUV-like looks were a major hit. However, over the years, the Kwid has lost its sheen. Even though Renault introduced minor model upgrades, like a new 1 litre engine or the option of an AMT, sales never reached back to the level of the initial days.

However, Renault is planning to change things around with a thorough face-lift of the Kwid. A heavily camouflaged test-mule of the Kwid was recently spotted testing by automotive enthusiast Akshay Ballal. Dimension wise, the car looked slightly larger to the one which is currently on sale. In terms of design, it looked highly inspired from the City KZ-E (electric version of the Kwid) which was recently unveiled at the 2019 Shanghai Motor Show.

In terms of the update, it is highly unlikely that Renault will bring in major structural changes to the Kwid. Major upgrade is expected to be restricted to engines which shall mostly become BS-VI complaint upon launch or at least BS-VI ready.

Currently, Renault offers the Kwid with 2 engine options, a 0.8 litre petrol motor which dishes out 54PS and 72Nm of torque and a more powerful 1 litre petrol engine which produces 68PS and 91Nm of peak torque. Both engines are mated to a 5-speed MT while the larger motor also gets an option of a 5-speed AMT.

Interiors are also expected to get updated as well. Just like the exteriors, Renault might take in inspiration from the City KZ-E and include similar elements in the 2019 Kwid. This can possibly result in the inclusion of automatic climate control, rear AC vents, a refreshed instrument cluster and a new touchscreen infotainment system.

Renault will bring in the facelift close to the festive season and hence it is expected that the launch will take place in September-October’19. Once launched, the updated Kwid will continue to compete with the likes of Datsun redi-GO and Maruti Suzuki Alto. Pricing is expected to remain in the familiar Rs 2.75 – 4.75 lakh range, ex-sh.