Last week, Renault India announced the launch of their new Kwid hatchback. The 2018 Renault Kwid comes with a new design, and updated features. Calling the car as ‘Renault KWID 2018 Feature Loaded Range’, the company has now released a TVC which highlights these new features like AMT, reverse parking camera, off-roading capabilities and so on.

But, the theme of the TVC is such that it promotes teasing of wilidlife on public roads. This has caught the attention of viewers, activists and members of online forum. You can watch the TVC below.

The ad shows a couple of friends who are travelling through jungle road in new Renault Kwid. They are trying to help a herd of wild elephants find a lost calf. Kumar HV from one of the most popular groups on Facebook, HV Kumar – Fan, Forum & Message Board on Facebook, explains why the ad is sending a wrong message.

1. Venturing off the road in a wild life zone
2. Provoking a wild animal – and getting it into attack mode
3. Executing highly risky driving manouevres like going in front of a wild animal & reversing in an act of bravado
4. Endangering the lives of human beings in the car
5. And most importantly, enticing a baby elephant – when elephants are very protective of their children 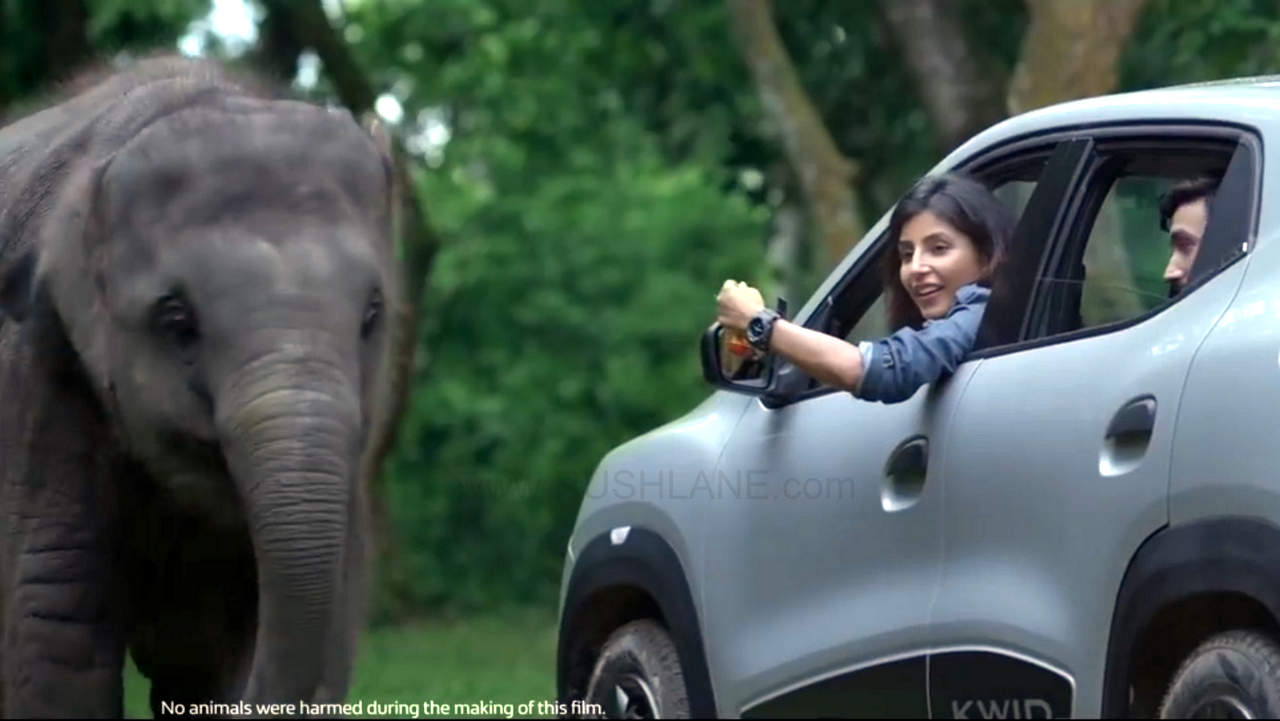 Another member from the forum, Mr Sumit Sabharwal mentions, “Yes this is very wrong even in Tiger reserves like Corbett gypsy safari drivers tease elephants which becomes dangerous at times recently a senior forest official was killed by elephants in one of the reserves in south India thus proving the dangers of wildlife and how careful we have to be portraying them in car ads in jest is making a mockery of it.”

But, in the same thread, there are a few who do not agree. For example, Sumit Suvarna states, “It’s an ad. Stop nitpicking and outraging about everything.”

This is not the first time a Renault India has been in a controversy. Some time back, after TeamBHP forum members pointed out the wrong message sent out in the Renault Captur ad, Renault India had withdrawn the TVC.