Royal Enfield Continental GT and Interceptor 650 Twins are set for launch in India on 26th September along with its global launch. A test ride for media in California has revealed certain engine specifications with regard to power, speed and fuel efficiency.

The RE 650 twins are both powered by the same 648cc, fuel injected air and oil cooled, parallel twin engine. This engine is capable of 47 hp power at 7,100 rpm and 52 Nm torque at 4,000 rpm mated to a 6 speed, fuel injection, digital spark ignition. Mileage figures stand at 25.5 kmpl as per World Motorcycle Test Cycle. 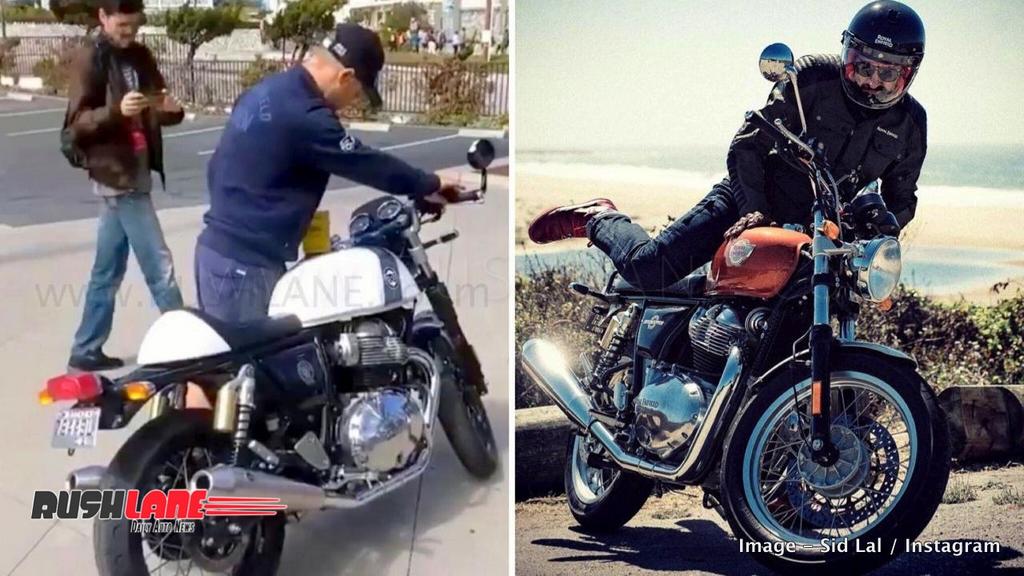 In terms of specifications, the two bikes, share a host of features but are starkly different in the fact that they cater to different segments of buyers with different riding positions. Interceptor 650 is pure street oriented bike while the Continental GT 650 is a café racer.

The bikes get dual cradle tubular steel chassis, 41mm telescopic front forks and 110mm twin shock absorbers at the rear. They sit on Pirelli Phantom Sportcomp tyres measuring 100/90 R18 front and 130/70 R18 rear and ABS is offered as standard. Listen to the thundering exhaust note in the video below.

Royal Enfield Continental GT and Interceptor 650 could be priced at INR 3.5 lakhs and INR 4 lakhs respectively in India while US launch price will be revealed tomorrow.