Back in December last year, Royal Enfield Thunderbird 350 and 500 were spotted in funky new avatar. They were seen in bright colours of Bue, Yellow, Red, White, Green along with new features like alloy wheels, tubeless tyres, and so on. These bikes were wearing the branding of Thunderbird 350X and Thunderbird 500X respectively.

Now, closer to launch date, the bikes have started arriving at dealerships across India. Two of Rushlane readers have managed to spot the bike in different parts of South of India. Mr Sankaran spotted the bike when it was parked near his house, while Mr Sa’ad Bin Sadiq spotted it at a RE dealership. 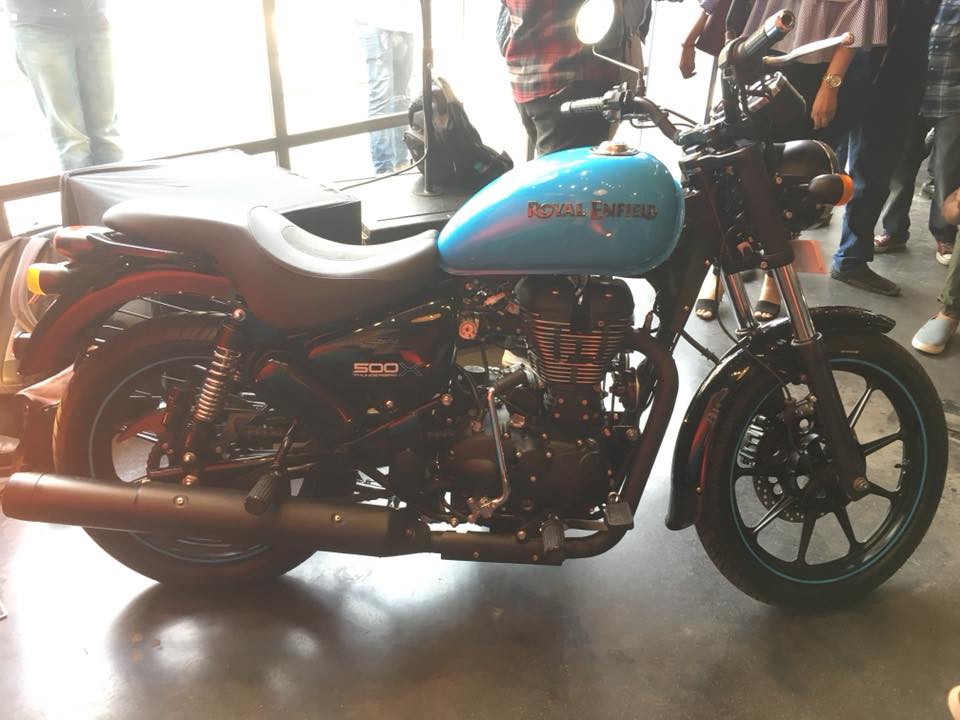 Speaking about the bike, Mr Sankaran says that the first thing to be noticed was the single piece saddle, and then the black alloy wheels. Had a closer look, to find the changes in this model compared to normal Thunderbird. The tank, side panels, exhaust and wheels were dipped in matte black, whereas the previously chrome parts were now finished in gloss black, the handle bar and rear-view mirrors also were finished in black as well.

The front & rear wheels size remained the same, but now with alloy wheels and tubeless tyres. The seats were padded well, comfy, the handlebar is not that bent back type, now it is more street type. A wide and flat, well cushioned grip. The back rest was missing, and grab rails placed at lower side of rear seat on both sides. 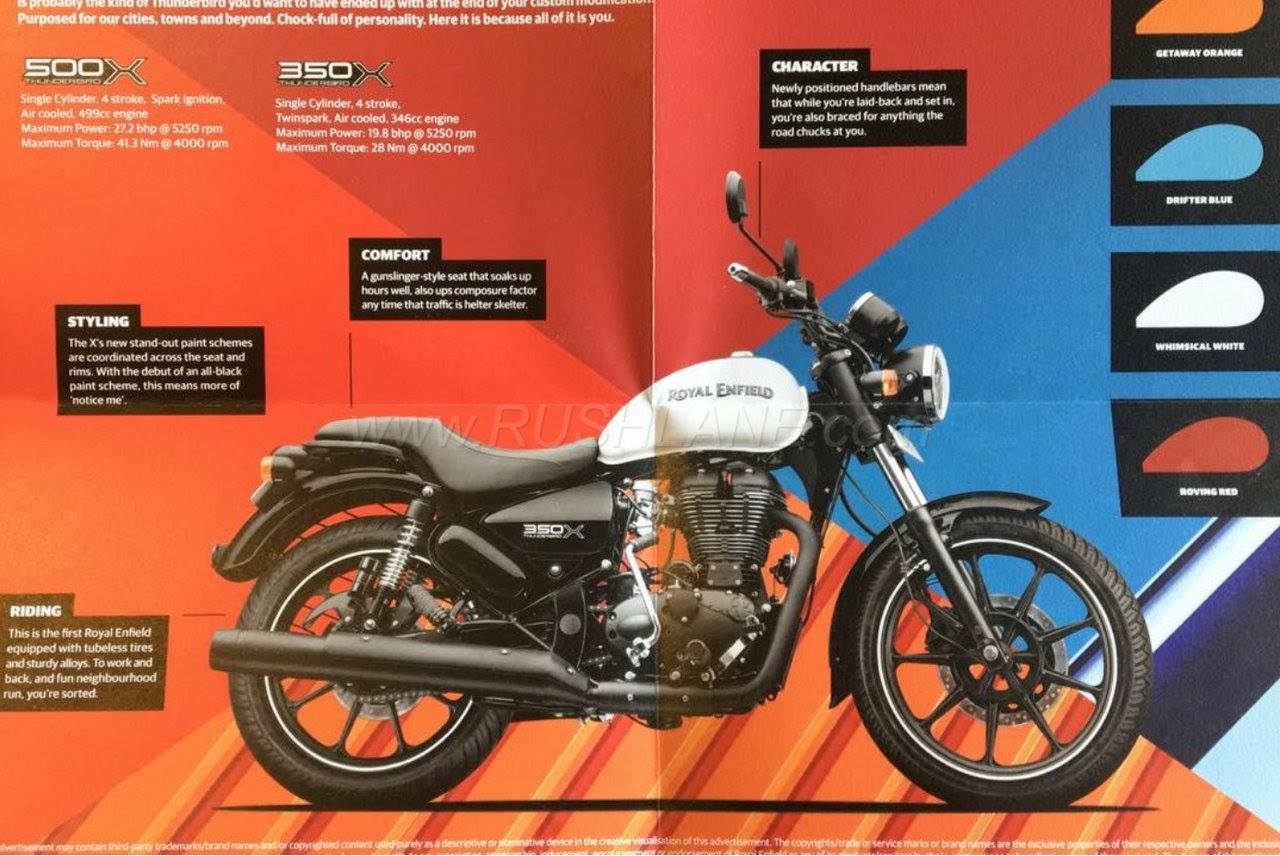 Speaking about saddle comfort, it felt very comfortable and soft. When trying to take of the side stand, the bike didn’t feel that heavy as before (looks like while stripping off the look, the bird went to gym as well, for a weightloss). The headlamp, rear lights, indicators, all remained same, except the black treatment. The headlamp looked like smoked out one when compared to the one from normal Thunderbird’s.

The instrument console almost remained the same, now with black finish, but the hazard lamp switch was missing. No ABS was found. Very few things like the side stand, bar end weights were missed out from the black dipping. Though it was parked for a long time near my house, I couldn’t find any test rider or representative to enquire about the launch and price details. Can expect a 10-20k hike from standard price. Engine remains same as before.