Skoda has dropped a teaser video of its new compact SUV that will slot below the Karoq in Europe. The video shows the blacked out front fascia with illuminated LED DRLs (which also double up as dynamic turn indicators) and headlamps.

Destined to make its world premiere at the Geneva Motor Show in first week of March, the Skoda mini SUV will be positioned in the global AO SUV segment which is growing at a fast pace. For reference, the Indian sub-4m SUV segment is equivalent to the global A0 SUV segment. 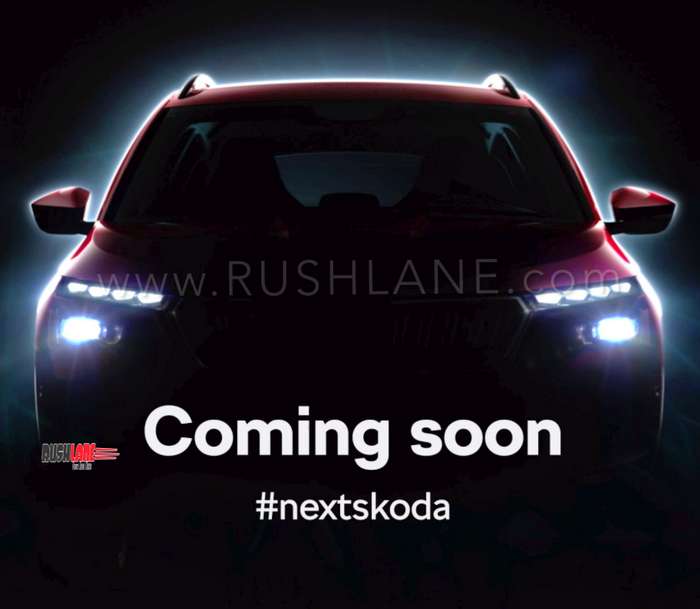 Like its bigger siblings Karoq and Kodiaq, the new Skoda ‘urban crossover’ will be underpinned by the VW Group’s MQB platform. The Karoq is 0.32 m shorter than the Kodiaq and if a similar trend is to be adopted for the new SUV, it would have its length just a shade over the critical 4 m mark.

It is to be noted that VW Group has handed Skoda the responsibility to develop products for the Indian market. The Czech automaker is currently working on strengthening its R&D operations in India. One of the primary tasks would be localize the MQB architecture so both VW and Skoda can have the freedom of choosing any of their international products and making them suitable for the Indian market in a cost effective and timely manner.

Given that the compact SUV segment in India carries huge potential, the new Skoda SUV could be one of the first MQB products to be localized for our market. Even if the European version is slightly longer than 4 m, a shorter version could be easily realized by slightly redesigning the front and rear bumpers.

Without revealing much, Skoda has stated that the new compact SUV will offer high seating position, ease of ingress/egress, high ground clearance, and dynamics of a compact car. The teaser suggests that the front end styling would be unique and bold. We will know more details about the new Skoda compact SUV and its prospects for the Indian market at the time of its unveiling.