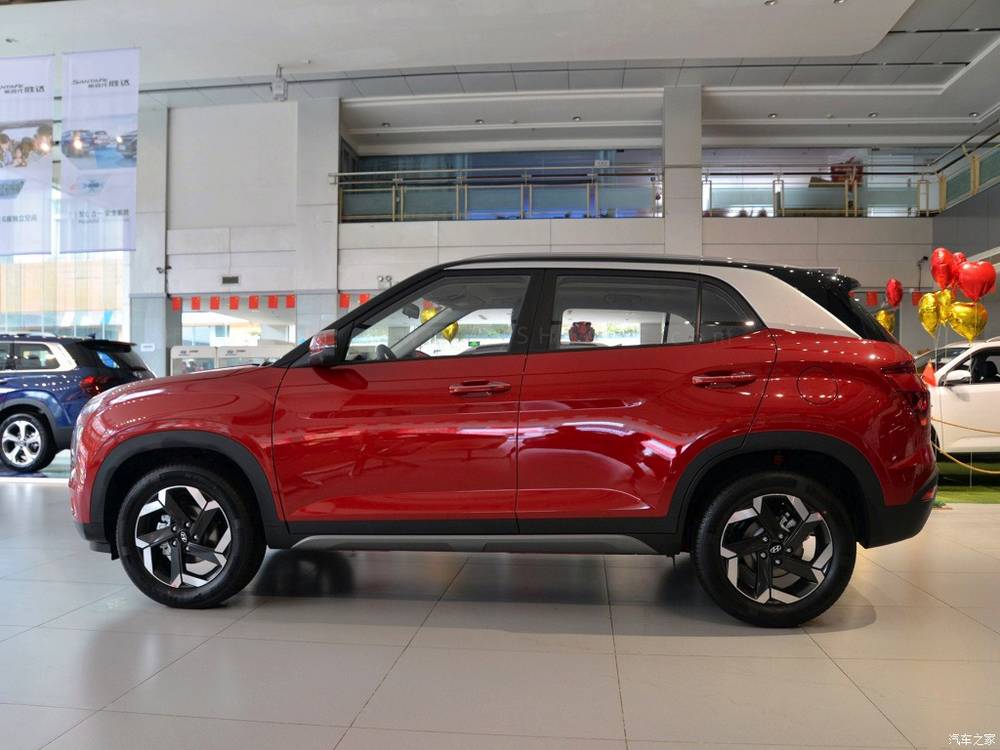 There seems to be an increased demand for SUVs in the country if the current sales charts are anything to go by and hence a range of SUVs, primarily in the sub 4 meter segment are being planned for launch. Most of the new SUVs will debut at the 2020 Auto Expo next year.

The 2020 Auto Expo will be held at the Indian Expo Mart in Greater Noida from February 7-12, 2020. Despite of major brands backing out and not participating, this biennial automotive show will still see multiple new launches and even a range of electric and hybrid cars on display. The SUVs which do not debut at the Auto Expo, will be launched later in 2020. Below is a list of SUVs which are going to be launched in India in 2020.

1 – 2020 Hyundai Creta : This will be the second generation Hyundai Creta, which will be making its India premiere at the 2020 Auto Expo. Already spied on test in India, it is based on the iX25 2nd gen, which was recently launched in China for an approximate starting price of Rs 10 lakhs. Compared to current Creta, 2020 Creta will sport larger dimensions as compared to its current model and will come in with Hyundai’s Blue Link connected car app and telematics solution. It will have the same BS VI compliant engine lineup as seen on the Kia Seltos to include a set of 1.5 liter petrol and diesel engines and a 1.4 liter turbocharged petrol unit.

2 – Tata Harrier BS6 / Automatic :A panoramic sunroof, dual tone 18” alloy wheels will be among the updates on the new Tata Harrier BS6 with automatic transmission. The model has been spied on test and will be on exhibit at the 2020 Auto Expo. Its exteriors are similar to the current Harrier. It also sports a similar interior layout with the 8.8” touchscreen infotainment system and central console finished in piano black. The new Harrier auto will be powered by BS VI compliant 2.0 liter, 4 cylinder diesel engine offering around 170 PS power and 350 Nm torque with engine mated to a 6 speed automatic transmission.

3 – Tata Nexon Electric :To be launched by March 2020, the Tata Neoxn electric SUV is currently under tests in high altitudes in Leh and Manali by none other than celebrities Milind Soman and Ankita Konwar. The Nexon EV is expected to offer a range of 150 kms. The battery and motor will come in with an 8 year warranty and the Nexon EV will feature Tata’s Ziptron technology. It will comply with IP67 dust and waterproof standards and will use regenerative braking to charge the battery while on the go. Slated to be priced between Rs.15-18 lakhs, the Nexon EV will rival Mahindra XUV300 electric.

4 – Tata Nexon Facelift : This SUV will be making its official debut alongside the Nexon electric version which has also seen doing the rounds recently. The Nexon will follow the Impact 2.0 design language and get some feature updates as compared to its current model. Mechanics also remain unchanged though the engine lineup will now be BS VI compliant. The 1198cc petrol and 1498cc diesel engines get mated to 6 speed manual and 6 speed AMT.

5 – Tata Hornbill : The Hornbill / H2X will be positioned as a micro SUV and will sit below the sub 4 meter SUVs in the company lineup. Based on the Tata’s IMPACT 2.0 design philosophy and built upon the Agile Light Flexible Advanced (or ALFA) platform, the Hornbill is likely to be offered with a sole 1.2 liter petrol engine with micro hybrid technology. The engine will be mated to either a 5 speed manual or 5 speed AMT. It will rival the likes of Maruti S-Presso. 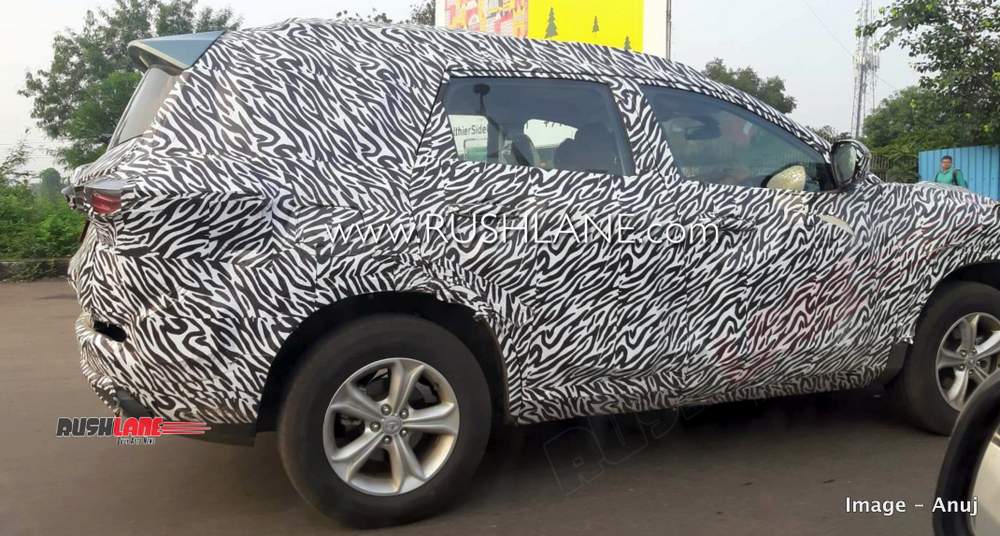 6 – Tata Buzzard / Cassini / Harrier 7 seater : Tata Buzzard or Cassini as it may well be called is being actively tested ahead of launch next year. This 7 seater SUV made its global debut at the Geneva Motor Show earlier this year. Tata Buzzard will be the similar in design to the Harrier with which it will also share its engine lineup. It will be the most expensive vehicle from Tata Motors in India estimated to command a premium of Rs.1 lakh over its 5 seater counterpart. It will come with BS6 engine from day 1. Will also get manual and automatic transmission. Panoramic sunroof, 18 inch alloys to be on offer.

7 – Maruti Brezza Facelift Petrol : With Maruti all set to discontinue their diesel cars, the current Brezza diesel will be replaced by a facelifted Brezza, which will be powered by a 1.5 liter petrol engine, which also powers the Ertiga and Ciaz. This engine will be offered with manual as well as automatic transmission. Engine is BS6 compliant. Power output is 104 PS while torque output is 138 Nm.

8 – 2020 Mahindra Thar : The all new generation Thar is currently on test in India. Spy shots reveal that the new Thar is larger in dimensions as compared to its current counterpart. It will get new alloy wheels, a 7 slat grille, rounded headlamps and LED tail lamps. Interiors will also get updated with enhanced features and better infotainment and safety equipment. The next gen Mahindra Thar which will be offered in two trims of hard top and soft top, will get a new 2.0 liter diesel engine offering 140 PS power and 300 Nm torque which will be BS VI compliant and mated to a 5 speed manual transmission.

9 – 2020 Mahindra Scorpio : New gen Mahindra Scorpio is doing the test rounds ahead of a showcasing at the upcoming Auto Expo in February 2020. It will boast of a more contemporary design with a premium cabin and quality material. It will also sport larger dimensions and a different shape as compared to its current counterpart. The engine lineup will be more powerful with the new 2.0 liter turbo diesel engine also being BS VI compliant mated to a 6 speed manual or an automatic transmission. Expect engine to deliver about 150 PS.

10 – 2020 Mahindra XUV400 : With Mahindra having noted outstanding success where the XUV300 is concerned, the company is planning a larger version of the XUV300 that could be sold as the XUV400. This new 7 seater model has been spied on test and will sport larger dimensions with three rows of seating. It will be powered by a 2.0 liter diesel engine that is slated to power the new Scorpio and Thar.

11 – 2020 Mahindra XUV500 :Set to be showcased at the 2020 Auto Expo in February with launch date scheduled for later in the same year, the Mahindra XUV500 is expected to be based on the 2020 SsangYong Korando. It will see increased dimensions as compared to its current counterpart which would ensure that it is a proper 7 seater SUV to compete with the likes of the Jeep Compass, Tata Harrier and MG Hector. New BS VI compliant powertrain options are slated for the XUV500 with a 2.0 liter diesel unit that could put out 180 hp power. There will also be a petrol option with both engines mated to manual and automatic transmission options. Ford use this SUV to sell a rebadged version in India.

12 – Kia QYi : Kia Motors India has seen tremendous success where the Seltos is concerned which ate into the sales of the Hyundai Creta. The company now plans an all new sub 4 meter compact SUV, codenamed QYi as on date which will be showcased at the 2020 Auto Expo with launch sometime around July 2020. This mini SUV on test showed off several features and will get BS VI petrol and diesel powertrain options.

13 – MG ZS EV : The second product from MG Motors will be an electric SUV called as the ZS EV as on date. This new electric SUV will compete with the Hyundai Kona EV upon launch in India and will be based on the ZS sold in international markets of UK, China and African and European markets. Its electric motor will deliver 150 bhp power and 350 Nm torque while the 45.6 kWh battery pack will offer a driving range of around 300 kms on a single charge.

14 – MG Hector 6 seater : MG Hector 6 seater SUV is also among the upcoming launches with similar design elements as seen on its 5 seater version while it will bear a strong resemblance the Baojun 530 facelift. It will launch sometime early next year and was seen testing with new headlamps, LED DRLs and a honeycomb front grille. It also gets revised tail lamps and new rear bumper design. Engine specifications would be the same as that seen on the Hector 5 seater with the 1.5 liter turbocharged petrol unit, a 48 V mild hybrid version of the turbo petrol engine along with a 2.0 liter diesel engine, each of which would comply to BS VI emission norms.

15 – Renault HBC : This sub compact SUV will be based on the Renault-Nissan’s global CMF-A+ modular platform that also underpins the Triber. It will also share its engine lineup with the Triber to get a 1.0 liter petrol engine with gearbox options to include a 5 speed manual and AMT. Premium features and aggressive pricing is being planned for the new HBC so as to allow for competition with the Maruti Vitara Brezza, Hyundai Venue, Tata Nexon, Ford EcoSport and the Mahindra XUV300. The Renault HBC will be unveiled in concept format at the 2020 Auto Expo with market launch planned sometime in mid 2020.