As Suzuki gears up for launch of the new Burgman Street 125 in India, the scooter has arrived at dealerships across India. Dealers are quoting a price of Rs 68,000, ex-showroom.

New Suzuki Burgman Street 125 is a maxi scooter and is powered by Suzuki Access 125’s engine. Once launched, it will be the most expensive Suzuki scooter on sale in India. It will rival the likes of Honda Activa, which is the best selling scooter in India.

It sits on large alloys wrapped in tubeless tyres. Suspension in the front is via telescopic fork unit while at the rear you get monoshock suspension for enhanced rider / pillion ride comfort. For added safety, Suzuki is offering Combined Braking System (CBS) on the Burgman 125 as standard. 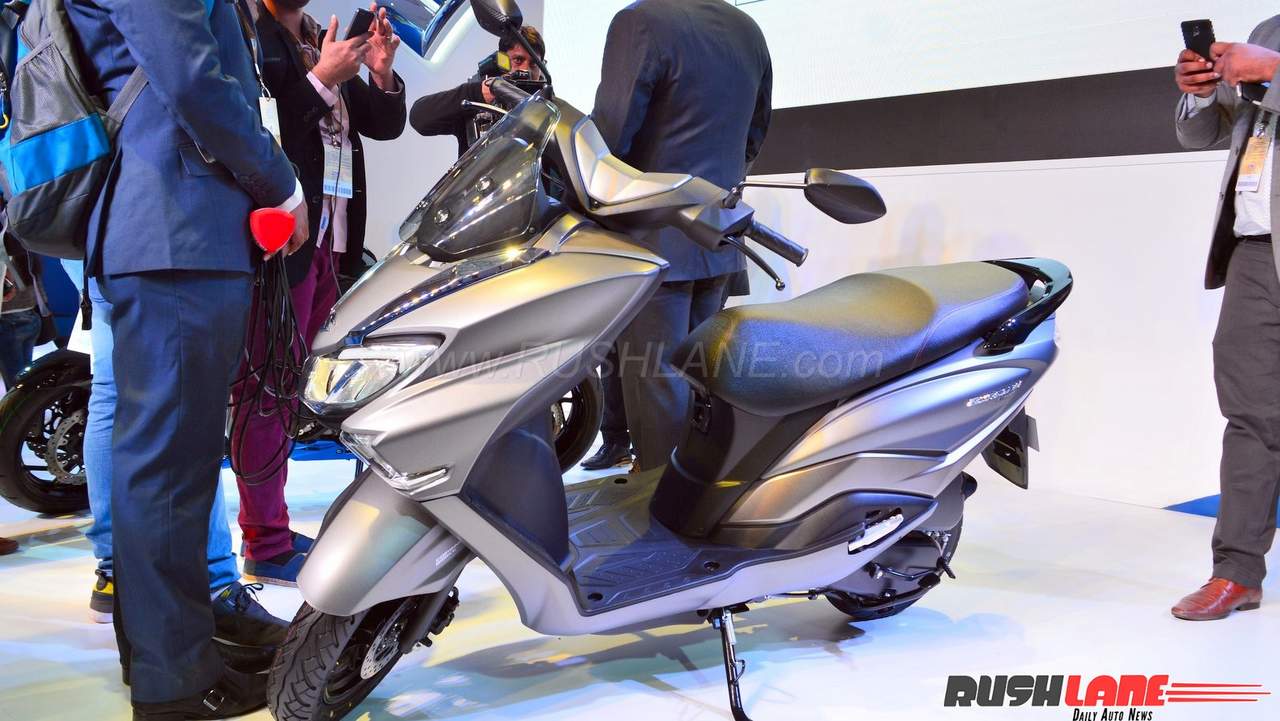 Set to be the flagship scooter for Suzuki in India, Suzuki Burgman 125 will find no real competition in terms of style and design. It will, however, compete with Honda Grazia, Honda Activa 125 in the 125cc segment. Mileage figures will be announced at launch event tomorrow in Delhi.

After its launch in India, the Suzuki Burgman will also be exported to markets abroad. One of the first markets to receive the Burgman 125 after India, is Indonesia. Suzuki has confirmed Indonesia launch of Burgman 125 at the 2018 GIIAS.