New Suzuki Jimny SUV vs Mahindra Thar – Is the Jimny better than Thar?

Suzuki Jimny has been officially launched in Japan, where it is available in two variants – a standard version and the top end Sierra each of which get three trims each of XG, XL and XC. The new Jimny is set to take the place of the Gypsy, which has been on sale since 1985, and is being phased out due to mandatory crash test norms. Mahindra Thar CRDe has been the Mahindra workhorse for a long time. It could be a rival to the Jimny, if the latter is launched in India. Here is an on-paper comparo of the two compact SUVs. 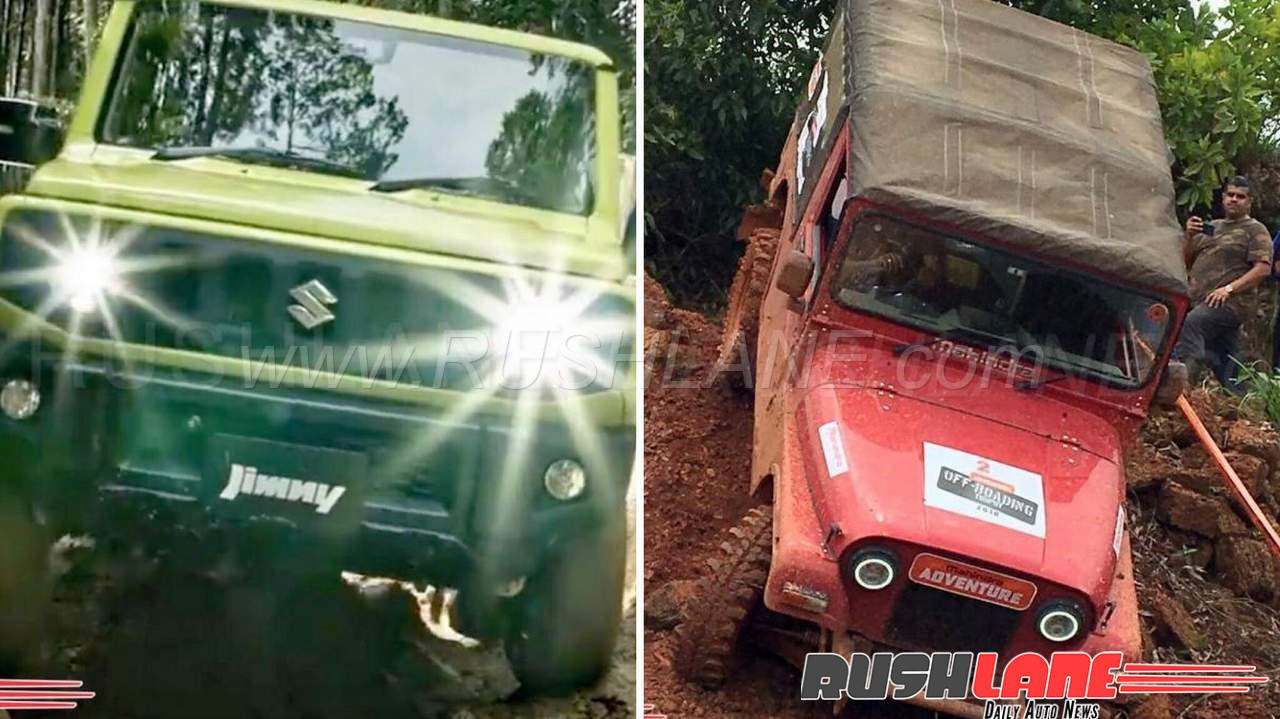 Off roading performance of both the models are noted to be highly efficient with the Jimny and Thar getting recirculating ball type steering, low range gearbox and shift on fly 4WD. While the Thar gets a mechanical locking differential, the Jimny sports Suzuki’s Brake LSD traction control that cuts off power from free spinning wheels sending it to wheels with traction.

Features and Safety – As compared to the new Suzuki Jimny, the Mahindra Thar is sparsely equipped in terms of comfort and safety features. The new Suzuki Jimny gets a total of 6 airbags – dual front, curtain and front side, ABS, EBD, brake assist, ESP, traction control, hill start assist and hill descent assist along with autonomous braking and lane departure warning. It also sports LED headlamps and LED DRLs, automatic climate control and push button start along with a touchscreen infotainment system compatible with Android Auto and Apple CarPlay. The Mahindra Thar does not even sport the basic in safety features and is found lacking even in dual front airbags, ABS and EBD which are mandatory safety features.

However, these higher power and torque figures on the Thar will not mean that it is more powerful than the Jimny which has better power-to-weight ratio of 89.87 PS/tonne as compared to the 64.07 PS/tonne seen on the Mahindra Thar.

Price – The new Suzuki Jimny is expected to be priced at a premium in India from around Rs 8 lakhs while the Mahindra Thar is priced from Rs 9.24 lakhs.

It may be seen that on most notable counts, it is the Jimny that is found to score over the Mahindra Thar. What would be your choice if Maruti launches Jimny in India? Will you go for Jimny or the Mahindra Thar?