Tata has been developing a Made in India extreme off-road vehicle for the Indian Army over the past one year or more. This Hummer style off roader, all terrain vehicle, is codenamed Merlin. Tata Merlin has now been spied on test once again. Latest spy shots were clicked on the Mumbai Pune Expressway. The Hummer styled Tata vehicle has also been tested in the Himalayas.

Tata Merlin has not been named as on date. While on test, its rugged stance, high ground clearance and wheels wrapped in off road tyres were noted. It also receives a snorkel and winch in the front. 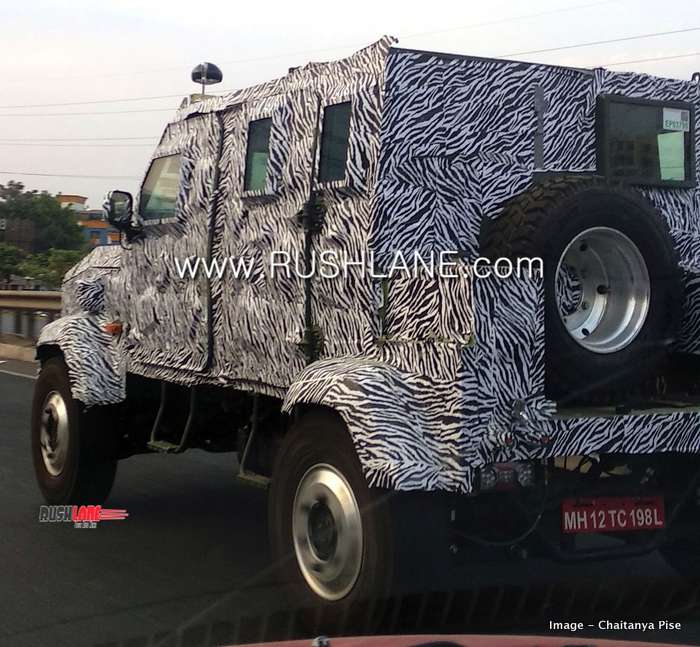 Compared to other larger armoured vehicles, which are more frequently used by the Indian Army the new Tata Merlin is compact in size. The exteriors are also noted with military grade doors and bullet proof windows.

The hatch on the roof allows for easy mounting of a machine gun while there is an open space for storage of food, ammunition and other equipment and supplies that need to be taken to the battle field. It receives an extended wheelbase. There is a spare wheel at the rear. 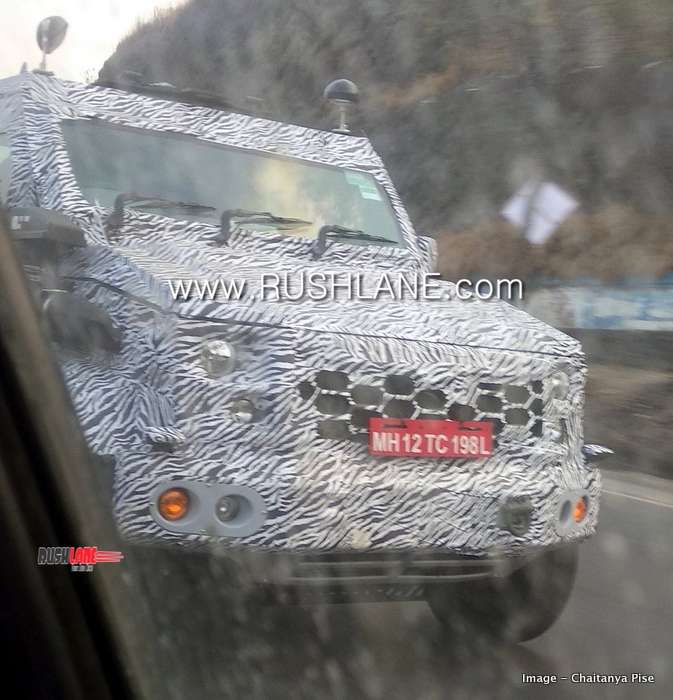 The Tata Merlin is a Light Support Vehicle which was on show at the 70th Republic Day parade on 26th January 2019. The Merlin LSV has not yet been inducted in the Indian Army. Once it enters service, it will be used for troop movement and also as a combat vehicle. It is built to resist bullet shelling and grenade attack and can house customized weaponry which also includes a machine gun.

Along with Tata Merlin for the Indian Army, there are many other defence vehicles produced by Tata Motors. Their most recent vehicle to enter service of the Indian Army was the Safari Storme. Tata Motors has been supplying this vehicle to the Indian army after it won the order placed by the Ministry of Defence.