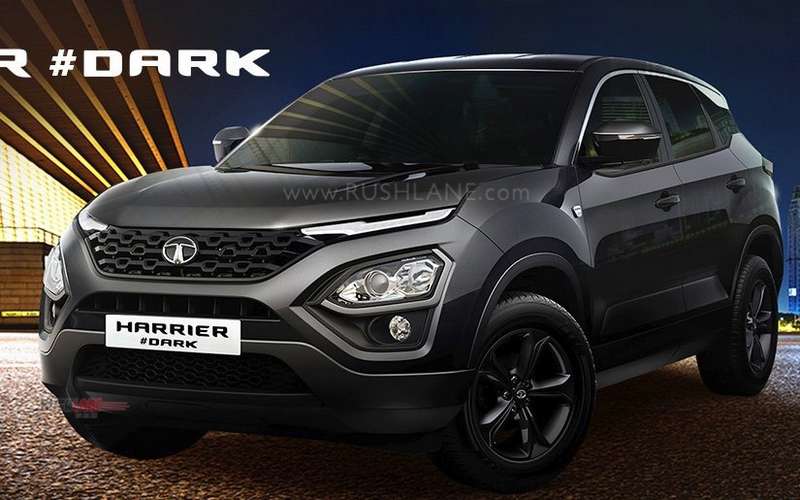 In its new avatar, Dark edition comes with 14 design enhancements. Painted in Atlas Black colour, the vehicle caters to the need of having a loaded black SUV. And yes, it comes at a premium. Its newness comes from R17 Blackstone alloys, changes in the exterior, refreshed interiors in a Blackstone theme, Benecke Kaliko Blackstone leather upholstery, Blackstone Matrix dashboard, and a new Gunmetal Grey chrome pack.

As part and parcel of new showcases, there’s now a commercial to unleash the Dark. To match the Black Harrier, the setup of the ad has been kept as dark as possible. The downside, you barely get to see the car in the ad. Watch the video ad below.

At the start, There’s a wide-eyed falcon eyeing the Harrier in the dead of the night when the concerned falcon is a diurnal bird. Moving on, the video builds on a premise of eerie. Thunder, lightening, rain, mist, fog, and suspenseful music make up the rest.

The ad has been shot in the after hours to pretty much emphasise on the dark but that has left a lot to be desired. The Harrier Dark has been blacked out to such an extent that not much of the vehicle is seen except it’s lighting bits. The 1 minute ad leaves you wanting to see more of the Harrier Dark, but all you get are glimpses in the dark. The one positive is the black SUV does blend quite easily into the dark backdrop.

While the ad may or may not strike a chord, for Tata Motors, the Harrier has certainly gained quite a reputation. Though, the segment it sits in isn’t a big volume one, Tata Harrier has been garnering plenty of interest since launch at the start of 2019. But off late, sales have been on a decline.

Competition in the segment comes from Kia Seltos, Hyundai Creta, MG Hector, Mahindra XUV500, and Jeep Compass. Sales of Harrier has declined to its lowest, since the arrival of MG Hector and Kia Seltos.