All new Tata Tigor has been launched in India today. It is priced from Rs 5.2 lakhs for the petrol variant and Rs 6.09 lakhs for diesel variant. These are introductory prices.

Tata Tigor facelift is based on the previous Tigor launched in India in March 2017. The facelift receives exterior and interior updates, new color options and a revision in price but will continue to be powered by the same engine lineup seen on its earlier counterpart. 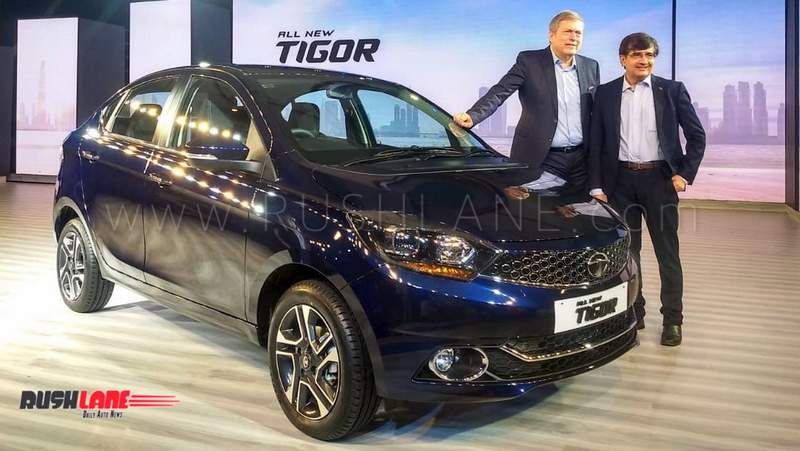 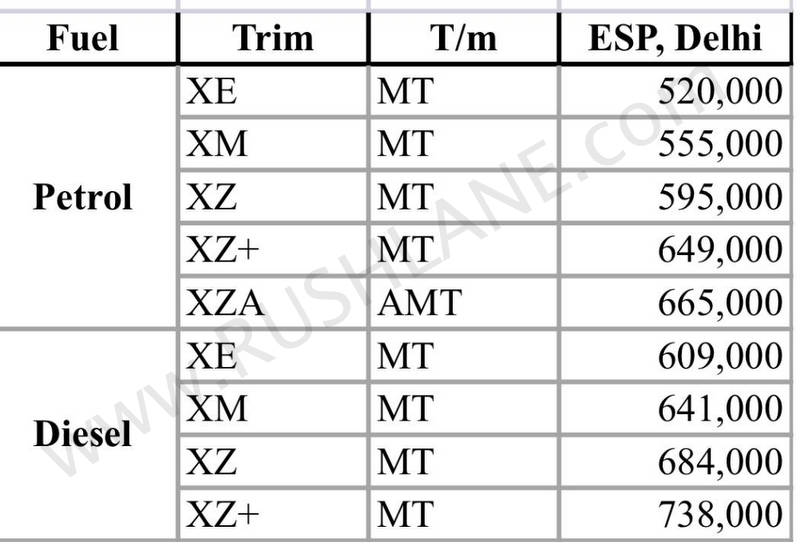 Interiors will sport the same layout and dashboard design while changes will include a larger touchscreen infotainment system supporting Android Auto and Apple CarPlay along with MirrorLink. It will receive power windows, power steering and electric mirrors. With special emphasis on safety, Tata Motors will add dual front airbags, ABS, EBD, rear parking sensors and corner stability control to the Tigor facelift.

Tata Tigor facelift will continue to be powered via a 1.2 liter Revotron, 3 cylinder, petrol engine offering 84 bhp power and 115 Nm torque and a 1.05 Revotorq, 3 cylinder diesel engine capable of 70 bhp power and 140 Nm torque. Both engines are mated with 5 MT, while petrol variant is also offered with AMT.

Like the current Tigor, competition is also directed at the Honda Amaze, Maruti DZire, Honda Accent and Ford Aspire. Take a look at new Tigor images below.