2018 Tata Tigor compact sedan gets new styling, features and color options. The model has now been spied completely undisguised ahead of its launch on 10 October. It was spied at a Tata dealership where it has come for mechanic training.

To be promoted by none other than Hrithik Roshan, its new brand ambassador, the top end Tigor XZ+ variant gets more premium and stylish features on the outside as well as on the inside. It gets double barrel headlamps, projector lamps and integrated turn signal lamps. A shark fin antenna and a new grille design are also on offer. 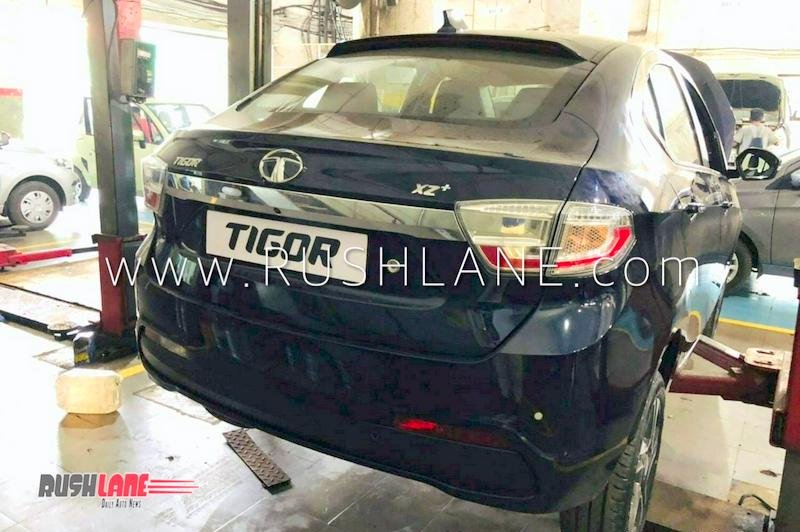 Added features to interiors of the Tata Tiago will include some driver and passenger comforts in the form of rear central arm rests along with cup holders and a height adjustable driver seat. Infotainment will be via a larger 7” Harman sourced touchscreen infotainment system which will support Apple CarPlay and Android Auto. 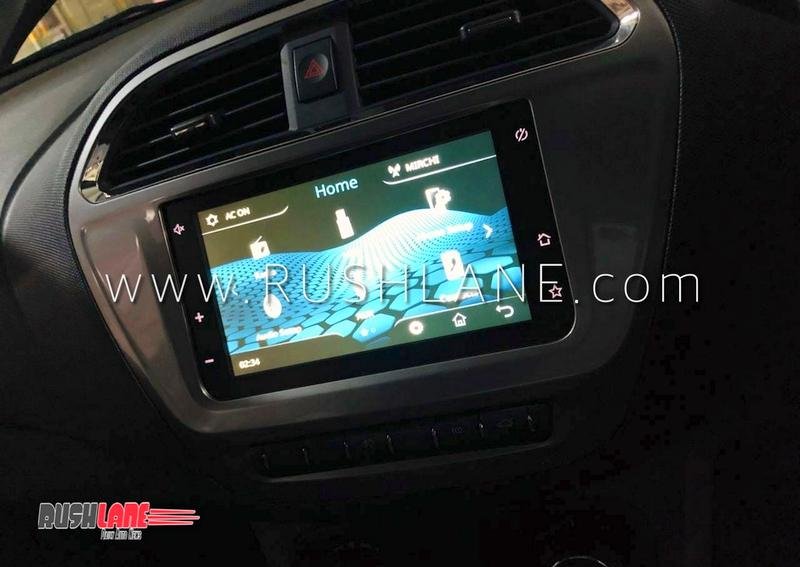 Tata Motors has put more emphasis on safety features where the new Tata Tiago is concerned. It will be seen with a total of 2 front airbags, rear parking sensors with camera display, corner stability control and ABS with EBD which will be offered as standard.

2018 Tata Tigor XZ+ will continue to be powered by a 1.2 liter, 3 cylinder Revotron petrol engine and a 1.05 liter, 3 cylinder Revotorq diesel engine. The petrol engine offers 83 bhp power and the diesel engine will be capable of 69 bhp power. These are the same figures, also seen on its current counterpart. The engines will get mated to 5 speed manual transmission as standard while there will be AMT on offer on the petrol unit.

Prices of the top spec XZ+ trim will be around Rs 30,000 more, as compared to the current XZ(O) variant, which is Rs 7.5 lakhs. Once launched, it will take on cars like Maruti Dzire, Hyundai Xcent, Ford Aspire and Honda Amaze.