New Toyota Baleno hatchback to arrive in showroom by March

Last year in March, Japanese automakers Toyota and Suzuki announced an alliance to supply hybrid and other vehicles to each other in the Indian market. As part of this agreement, Suzuki will supply Baleno hatchback and Vitara Brezza to Toyota while Toyota will supply Corolla sedan to Suzuki.

Toyota has now planned to launch its version of the Baleno in India. It will receive some design updates so as to differentiate it from the current model sold by Maruti Suzuki which is offered in a price range of Rs 5.42 lakh and Rs 8.53 lakhs. 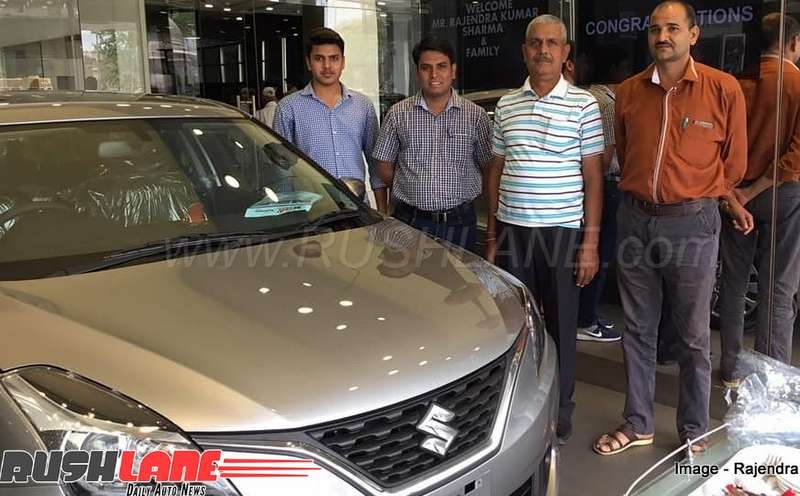 Car India reveals that the Toyota badged Baleno will be launched in India this March 2019. It will be the first product to be launched by Toyota, under this partnership. Coincidentally, Maruti will launch a minor facelift of Baleno by end of this month. 20,000-25,000 units of the Baleno have been set apart for supply to Toyota. This partnership will allow both companies to enhance sales and enter segments in which they currently have no presence.

Exteriors of the new premium hatchback will see some updates while interiors will also sport some change along with some features carried over from the current Baleno. The Toyota Baleno based hatchback will be seen with a touchscreen infotainment system, climate control and parking sensors with reverse camera. It will also get electronically adjustable exterior mirrors as a part of its interior updates.

Apart from Baleno, Toyota will also be launching a rebadged Maruti Brezza. But that will happen next year. In return, Toyota will give Maruti their Corolla sedan. Maruti will sell rebadged Corolla via Nexa starting next year. It will be powered by Maruti’s new range of 1.5 liter petrol and diesel engine options.

A part of the Suzuki Toyota alliance also indicates that Suzuki is working on an ultra high efficiency powertrain for which it will receive technical support from Toyota and Denso Corporation. Together, Toyota and Maruti aim to save a lot with this partnership.