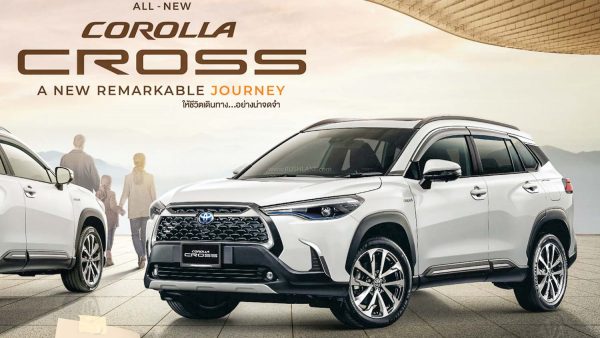 After months of teasing, Toyota has finally managed to unveil their all new SUV based on Corolla sedan

When you hear Toyota Corolla, invariably an image of a mid-size executive sedan comes to your mind. If you have traveled abroad, or have a deep interest in cars and global launches, you might also be aware about the hatchback version of the Corolla which is sold by Toyota in select markets. However, Toyota has now changed the status quo. Toyota has introduced an all new, Toyota Corolla Cross. Yup, you read that right! An SUV-Crossover based upon the trusted Toyota Corolla.

Well, don’t get your hopes high. It isn’t for the Indian market, at least, not as of now. Toyota has unveiled the Corolla Cross for the Thailand market. The new model just goes on to reflect the ever-increasing demand of SUVs globally. The fact that for the world’s most sold car badge (Toyota Corolla), a crossover version had to be envisaged, clearly goes on to showcase the love for SUV-ish type car bodies.

Talking about the Corolla Cross, it is underpinned by TGNA-C platform which stands for Toyota New Global Architecture C. In terms of dimensions, it will be 1,825 mm wide, 4,460 mm long, 1,620mm tall and will sport a wheel base of 2,640 mm.

Toyota will be selling the car with 2 engine options, a standard petrol and a Hybrid. Petrol-only trims will get a 1.8 litre petrol motor which will be able to dish out 140 hp and 175 Nm of peak torque. The engine will come mated to a CVT and will be powering the front wheels only. 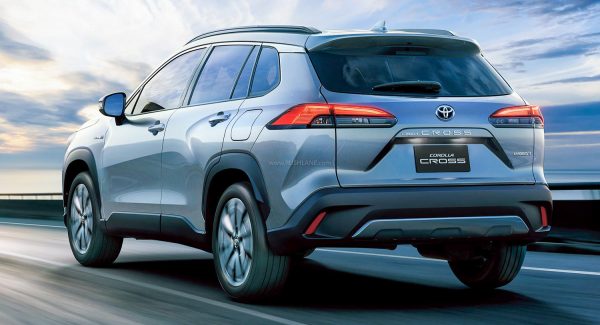 Talking about the looks, the Toyota Corolla Cross distances itself from the conventional looks of its sedan sibling. Instead, the Cross variant looks bold and aggressive, partially inspired by the Toyota RAV-4. The 18-inch alloy wheels further add to its overall SUV-ish stance (17-inch wheels are also available on select trims). On the inside, the simple yet tasteful interiors of the Corolla continue in the Cross as well.

Toyota Corolla Cross will go on sale towards the end of this month in Thailand. Prices haven’t been disclosed as of now. As per reports, Toyota will be launching it in other international markets too. However, we don’t think that India will be on the list, at least not for a foreseeable future. In India, Toyota is focused upon bringing in the Urban Cruiser, which will be a Toyota badged Vitara Brezza.