Toyota Innova Crysta has been around since 2016 and it is high time that the MPV got a fresh makeover. The Japanese automaker is about to give it a much-needed facelift and its first real world images have now leaked on the internet, thanks to Instagram user @_wawanridwan.

The leaked images from Indonesia show that the facelifted Innova is heading to dealerships from company plant. This confirms that production has already started in Indonesia, and it will only be a matter of time before 2021 Innova production starts in India.

This is the first major makeover that has been rendered to the second generation Innova- with the added suffix Crysta. The MUV will soon be revealed officially; followed by its launch in Southeast Asian markets of Thailand and Indonesia. 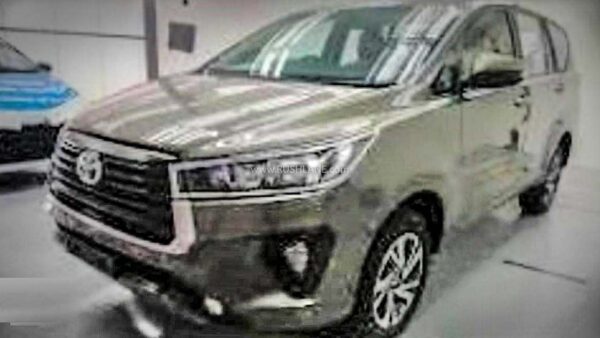 Overall silhouette of Innova Crysta has been retained while prominent elements such as the front grille and front bumper have been revised. A fresh pair of projector headlamps have been added. The front grille is a lot wider and covers more areas of the front fascia making it look more aggressive. Also, the position of the fog lamps has been changed as they are now integrated with the front bumper. The LED DRLs now sit below the headlamps on a vertical housing on either side.

Rear of the car is very much unchanged, although the tail lamps are set to receive minute new details. New alloy wheel designs are also expected in either a silver finish or a darker tone, depending upon its trim level. 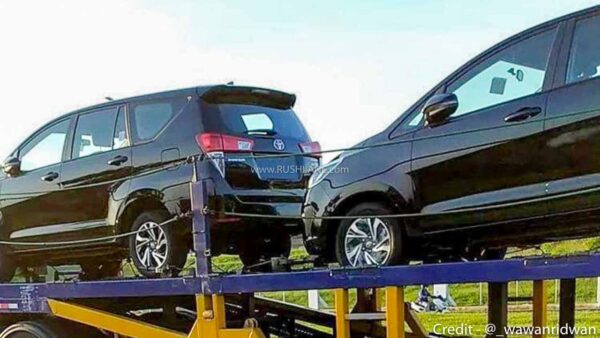 Images of the interior have not been revealed yet, however, it is expected to undergo subtle revision to give it a fresh vibe. This includes a slightly bigger and more conducive touchscreen infotainment system with the addition of Android Auto and Apple CarPlay and premium upholstery. If Toyota is a little more generous then it might also throw in a wireless phone charger and a 360-degree parking camera. 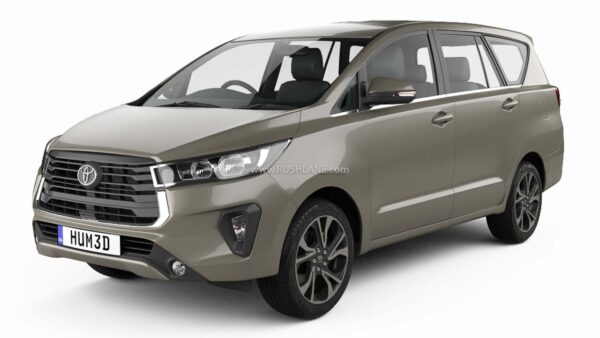 Toyota Innova Crysta in its current iteration gets two powertrain options. A 2.7-litre petrol engine that churns out 166 bhp and 245 Nm of torque and a 2.4-litre diesel mill which kicks out 150 bhp and 360 Nm of torque (manual trim generates 343 Nm). Both engines can be mated to either a 5-speed manual or a 6-speed automatic transmission. The same set of powertrain and transmission options are set to be carried forward in the upcoming facelifted model. 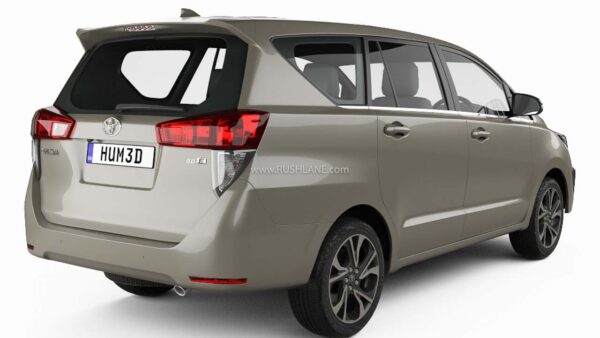 Toyota Innova Crysta has been the undisputed king in India. However, in recent months, the popular MPV has witnessed a consistent slump in sales which might ring a bell to the Japanese manufacturer. A timely facelift could help its resurgence in the market amidst stiff competition. the Facelift is most likely to hit showrooms in India early next year. Apart from the Innova Crysta Facelift, Toyota has also been working on the facelift of its premium SUV- Fortuner which is expected to arrive in India in a few weeks.