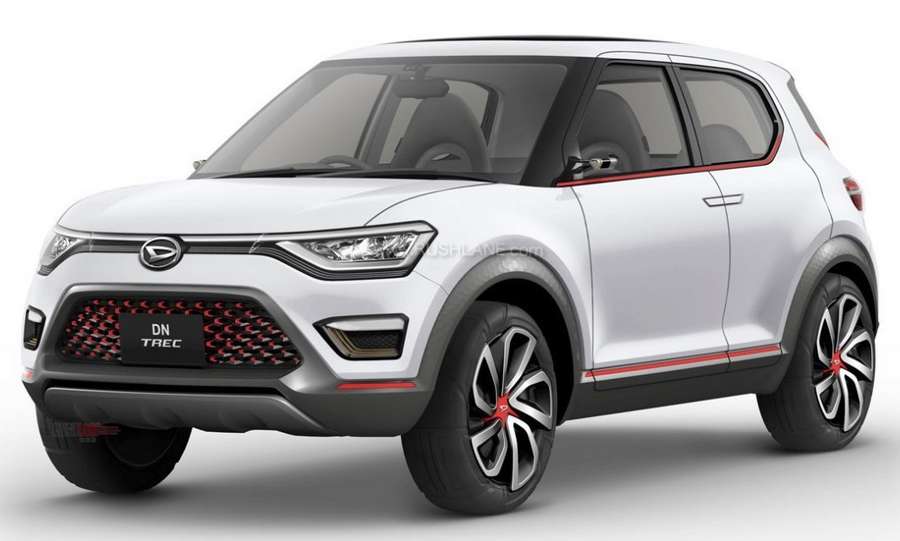 Being the largest automaker in the world, Toyota can’t afford to over look the mini SUV segment which is growing at a fast pace in both developed and emerging markets. The Japanese giant is reported to unveil its new sub-4m compact crossover SUV in November 2019.

The Toyota mini SUV would essentially be the production version of the Daihatsu DN-Trec Concept which debuted at Tokyo Motor Show a couple of years ago (shown in the images here). The project is spearheaded by Toyota’s subsidiary but crossover will be sold under both Daihatsu and Toyota brands.

The global Toyota compact crossover is touted to replace the Rush which is popular in South Asian markets. The model in question will be sold in more international markets than the Rush. 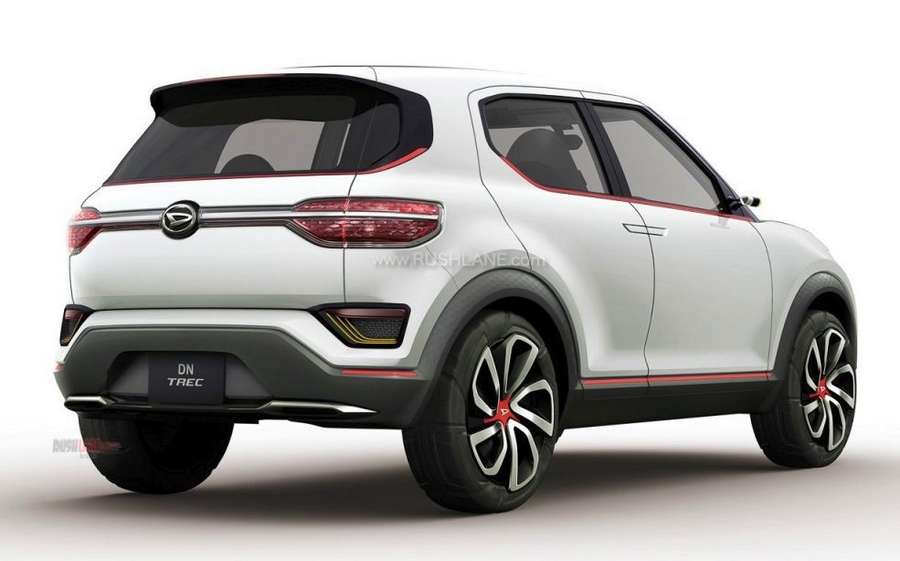 According to media reports, the Toyota mini SUV will measure around 3.98 m in length putting it bang in the middle of Maruti Vitara Brezza, Tata Nexon, Mahindra XUV300, Ford EcoSport and Hyundai Venue territory (all of which are a). However, it remains to be seen if Toyota will bring its latest product to India in the foreseeable future or not.

After launching the rebadged Glanza (Baleno), Toyota is working towards introducing its own version of the Vitara Brezza, Ciaz and Ertiga. We are not sure how the Rush successor will fit alongside the Brezza in the Indian market. Globally, the new mini SUV will be pitted against the likes of Suzuki Jimny, Fiat 500X, etc.

If the DN-Trec concept’s interior is anything to go by, the vehicle will receive configurable colour instrument display and a wide touchscreen infotainment screen. To be underpinned by Toyota New Global Architecture (TNGA), the crossover is reported to be powered by a 1.0-liter three-cylinder petrol engine.

Depending on the market, both front and all-wheel drive configurations are expected to be on offer. Given Toyota’s fondness towards hybrid powertrain, we expect the car to eventually receive PHEV and EV variants.

We think, considering the immensely popularity of the sub-4m SUV segment in India, Toyota should launch the new product here and position it slightly above the Brezza-derived model. In addition to the aforementioned product, Toyota is also working on a C-segment MPV which could be sold by both Toyota and Maruti Suzuki in India.