New Toyota SUV teased – Could be a rival to Kia Seltos, Hyundai Creta

Toyota Motor Corp has teased a small crossover SUV in the form of two images ahead of its scheduled world premiere at the 2020 Geneva Motor Show next month.

The upcoming Toyota will lock horns with established rivals such as the Nissan Juke, Renault Captur, VW T-Roc, Hyundai Creta, Kia Seltos etc – depending on the market it is launched. In Toyota’s European portfolio, the new SUV will slot below the C-HR. The darkened teaser image shows a tapering rear windshield, a small flat surface on the tailgate like a notchback and narrow LED strips for taillights. The teaser image also deliberately reveals the ‘Hybrid’ badge on the bottom right part of the tailgate.

An earlier teaser revealed the sketch of the new Toyota mini SUV’s side profile. Unlike the C-HR which adopts a radical and bold styling, the new product settles for a more sober tone. Salient characteristics include a steeply raked windshield, flat roofline and accentuated surfaces. Given that the footprint is limited, Toyota’s designers has prioritized interior room over outright sportiness. 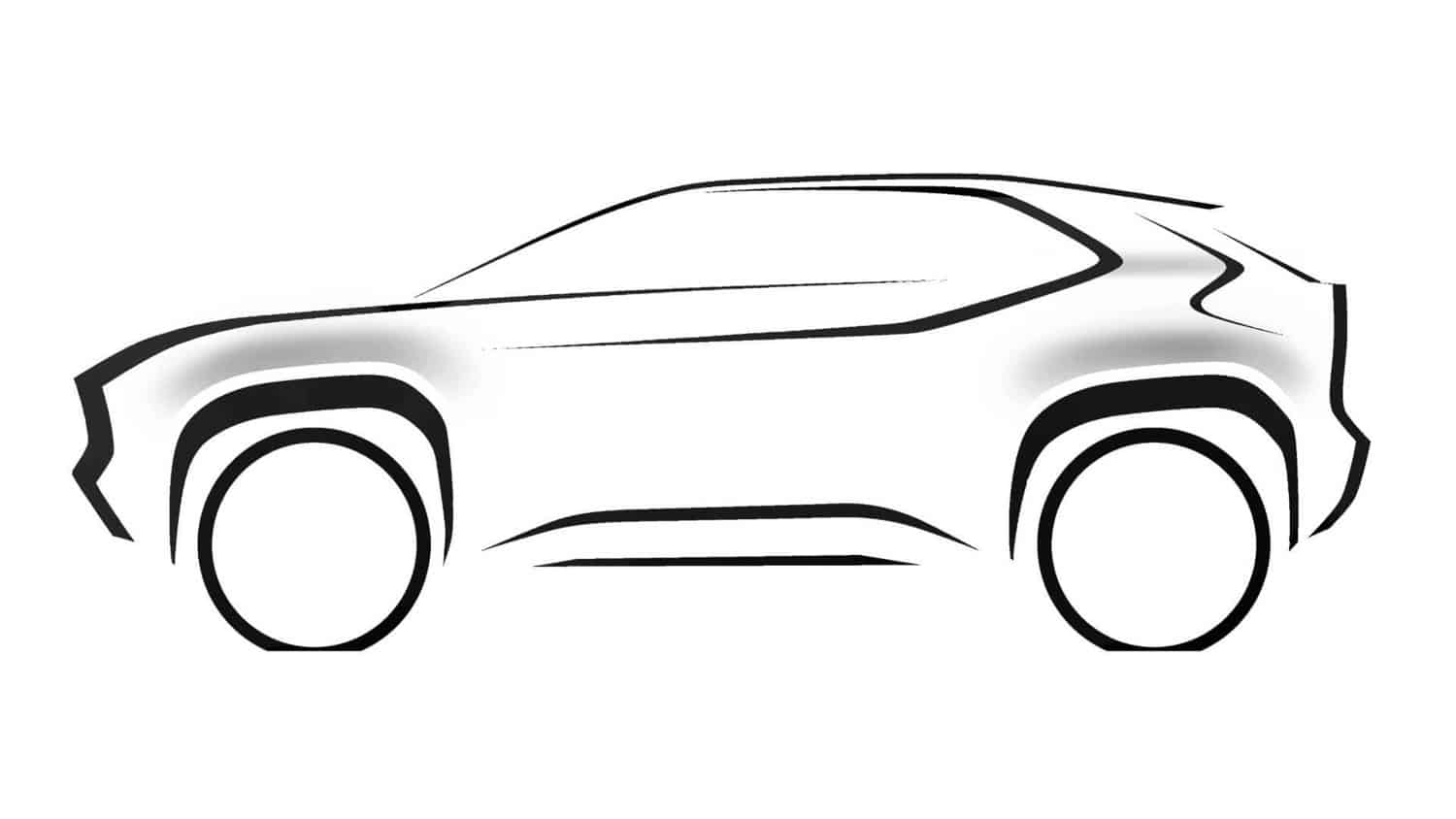 The Toyota mini SUV will be closely related to the Yaris and is expected to be manufactured alongside its hatchback sibling at Toyota’s Onnaing facility in France. Based on the modular TNGA-B platform, the crossover is expected to have longer wheelbase for than the Yaris to free up more space for the rear passengers.

Some international media reports suggest that, despite being a crossover, the new Toyota mini SUV would offer proper off-roading suspension setup and an intelligent all-wheel drive based on hybrid powertrains. Speaking of powertrains, the Yaris’ 1.5-liter petrol engine with electric motor and battery pack will be the primary candidate.

Like most parts of the world, Europe is steadily warming up to the idea of high-riding compact crossovers. While there are several such offerings in the market already, a new entrant carrying Toyota badge (represents reliability and fuel efficiency) would always have a strong potential. The Japanese auto giant is expecting that the Yaris and its crossover sibling would account for nearly 30% of the brand’s European sales by 2025. More details will be available on 3rd of March including the vehicle’s name.