Toyota Kirloskar Motors recently launched the Fortuner TRD edition which is a sportier variant of the premium SUV. Aesthetically and mechanically, the TRD edition is same as the standard model barring a few cosmetic and feature updates. Similarly, the Japanese automaker is now planning to launch a special edition of its C-segment sedan Yaris.

Toyota India has released a teaser of its upcoming Yaris Limited Edition Black on its social media handles and it does look exquisite. The all-black sedan is expected to hit showrooms this festive season so that the makers can enjoy their festivities with good sales volume along with the Fortuner TRD Edition.

The new all-black edition of Yaris is expected to feature cosmetic upgrades both inside and outside and some additional tech which is suggested by its tagline “A Powertrip, Inside And Out“. However, further details have been withheld by the company and are expected to be shared during the launch of the car. 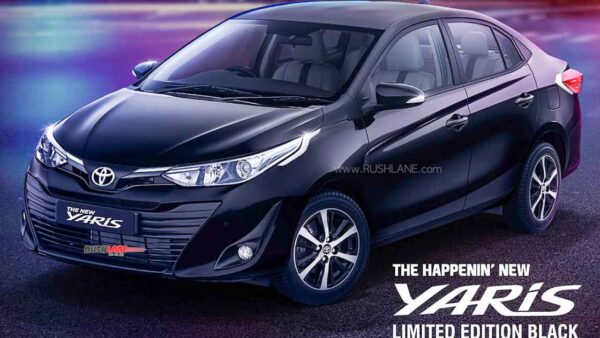 For starters, the black edition Yaris features a black grille and a black paint scheme in the bonnet, front and rear bumpers, ORVMs, fog lamp bezels, pillars and more which make it very attractive design-wise. There is also another maroon red colour with black roof on offer as Black Edition. The Limited edition model also gets a new set of tyres with 15-inch alloys. The door edge lighting and tail lamp garnishing add to the sportiness.

Some of the additional features over the standard model in this special edition include a powered driver’s seat, a tyre pressure monitoring system (TPMS), roof-mounted AC vents with ambient lighting and seven airbags. Apart from these the new model gets front and rear parking sensors, vehicle stability control, automatic headlamps, a reverse parking camera, hill-start assist control and a lot more.

It is expected to carry forward the same engine and transmission units from the standard model. It will be powered by a 1.5-litre in-line four-cylinder dual VVT-i engine which generates 107 PS of power @ 6000rpm accompanied by 140 Nm of peak torque @ 4200rpm. This unit is mated to either a 6-speed manual transmission or a 7-step CVT. It returns a claimed fuel economy of 17.18 kmpl for the manual variants and 18.10 kmpl for the CVT variants. 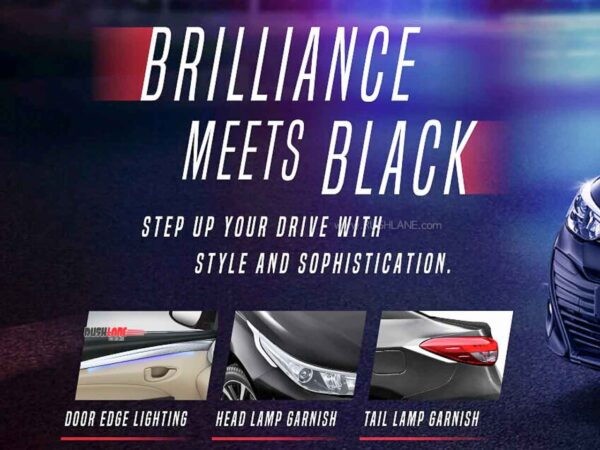 With the rivalry getting heated in the C-segment sedan space, it was essential for Toyota to come up with something that adds relevance to the Yaris which has got adrift among strong performers like Honda City, Hyundai Verna and Skoda Rapid, as suggested by the sales figures. The prices of this special edition haven’t been revealed yet but one can expect a premium of Rs 20,000- Rs 30,000 over the standard model. It is expected to be launched sooner than later.