Toyota has showcased the TRD (Toyota Racing Development) variant of its mid-sized sedan, the Toyota Yaris (also known as Toyota Vios in certain geographies) at the 2018 Bangkok Motor Show. The TRD variant looks sportier as it dons a dual-tone side skirt, an aggressive front, and a rear diffuser.

At the front, the redesigned bumper houses enlarged fog lamp surrounds, while the all-black outside rear-view mirrors (ORVMs) get red highlights, accentuating the red and black color-play which continues throughout the car. 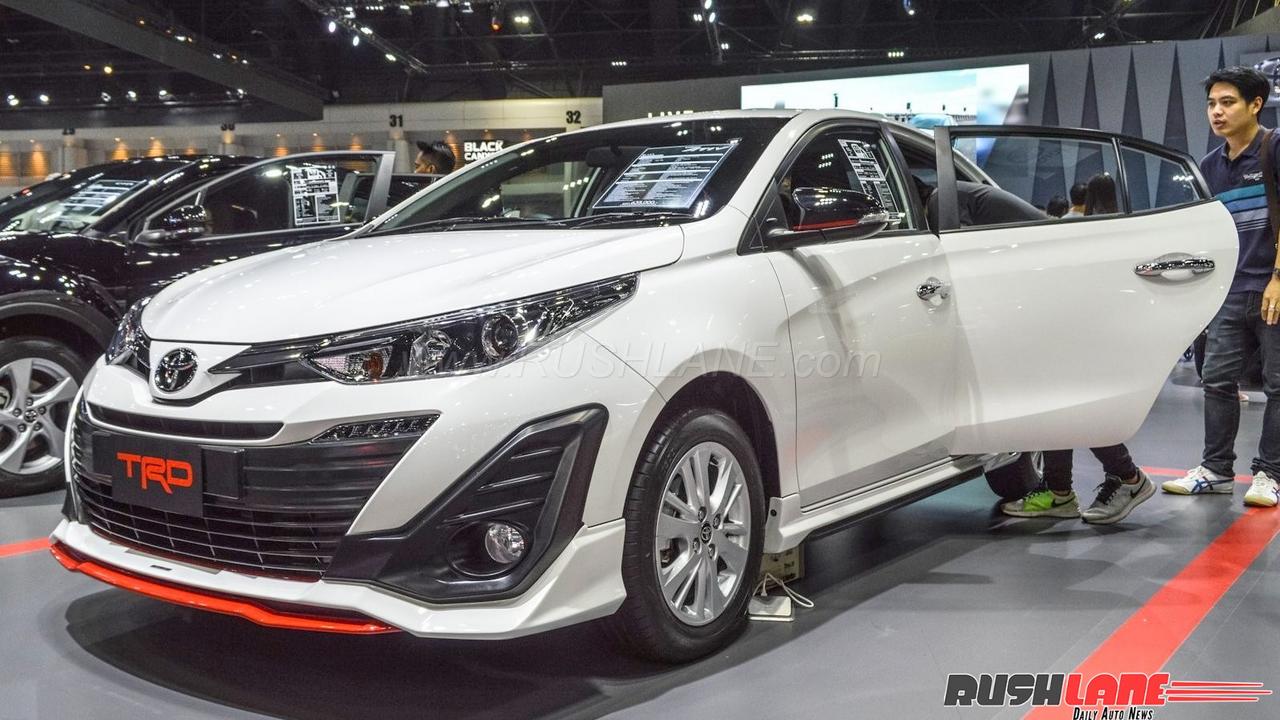 The rear bumper carries over the dual-tone theme look while the black rear spoiler completes the sporty look. The updates on the TRD variant are limited to the aesthetics alone as there aren’t any mechanical upgrades over the regular variant.

Toyota had displayed the Yaris for the first time in India at the 2018 Delhi Auto Expo and currently bookings for the Yaris are open while the official launch has been scheduled for 18th May, 2018. India will be getting the Yaris which will be similar to the Toyota Vios available in Singapore. 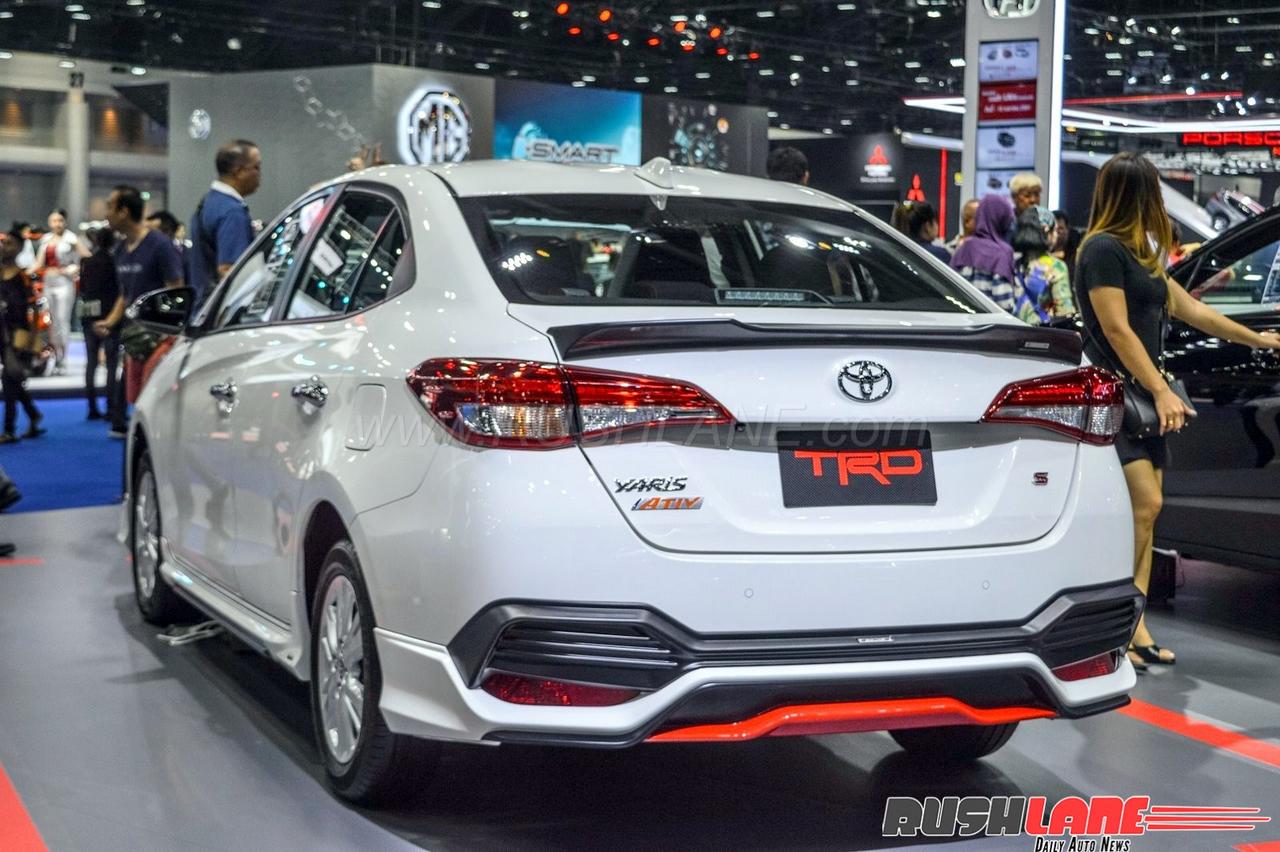 Slotted between the Toyota Etios & Corolla, the Yaris will help Toyota to compete with the likes of Honda City, Maruti Ciaz, Hyundai Verna and the Volkswagen Vento. Power will be drawn out of a 108 hp 1.5 litre 4-cyclinder petrol motor which will be mated either to a six-speed manual gearbox or a seven-step CVT setup.

At the moment, Toyota hasn’t revealed any plans about the TRD variant however it is expected to arrive sometime later, similar to the way Toyota had launched the TRD variants of the Fortuner, Liva and Etios in the past.

Once launched, the TRD version would be locking horns with other sporty variants of the cars of the segment, like the Maruti Suzuki Ciaz S & Volkswagen Vento Sport. Price for the regular Yaris is expected to be in the range of 7-10 lakhs, however Toyota might charge a premium of around INR 50,000 for the TRD Variant.