Amendments to the MV Act,1988 are being implemented today. After years of being in development, this is the second revision made in recent times. And, given a chance, it could help correct road behaviour, simply because current revised fines though not steep, will at least make one pause.

From previous fines of Rs 100, to an interim period revision, current fines would appear to be substantial. However, some parameters still remain largely undefined but will hopefully be easier to understand in the months to come.

Dangerous driving penalty under section 154 of the MV Act has been increased from Rs 1,000 to Rs 5,000. While the fine decided looks good enough to stop someone from offending, it’s still unclear what defines dangerous driving, and under what parameters it’ll be determined. 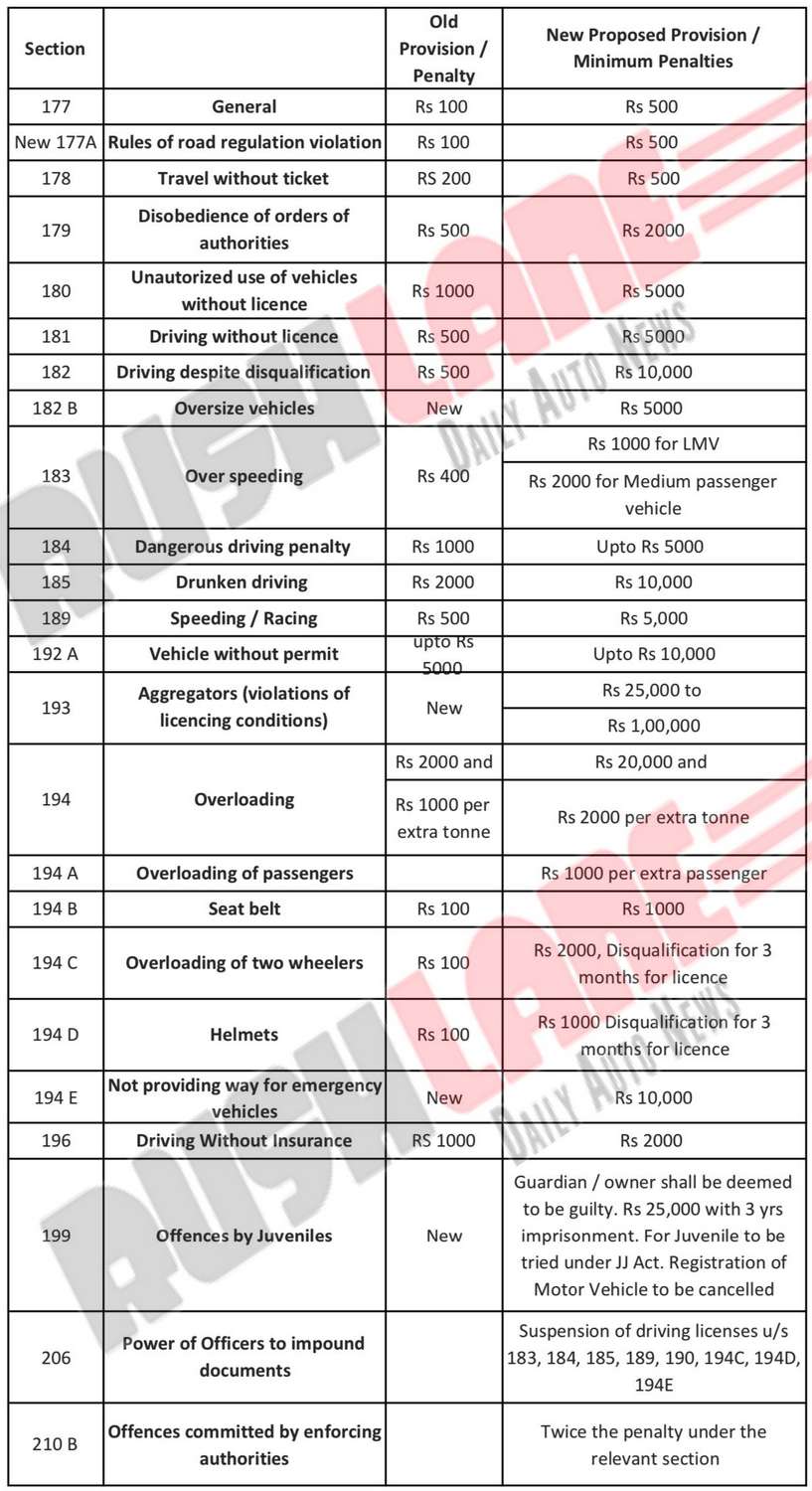 A better understanding of general offences too needs to be clearly defined. The penalty for this has been increased from a mere Rs 100 to Rs 500. Disobedience of orders of authorities too needs to be clarified further as the guideline for what these orders are is not clearly defined. The penalty for this section 180 offence is now Rs 2,000, up from Rs 500.

Riding without a helmet now attracts a penalty of Rs 1,000 fine and a 3-month suspension of licence. At the same time, an entire segment of commuters completely disregards the need for a helmet, and this extends to pillion riders too.

Introducing the Rs 1,000 fine may help get folks to wearing a helmet when passing a checkpoint but not enough is being done to increasing awareness regarding helmet usage and safety related to it. There’s also the problem of safe helmets, as wearing an uncertified helmet is as good as not wearing one, and the market for fake helmets is one that hasn’t been ever rattled.

Drunken driving penalty now stands at Rs 10,000. While this is a great move, hope it brings with it a range of upto date breath analysers, and more women coppers on duty after hours. The easiest way to get around drunk driving is to have a woman driver because chances are there won’t be a woman copper on night patrol.