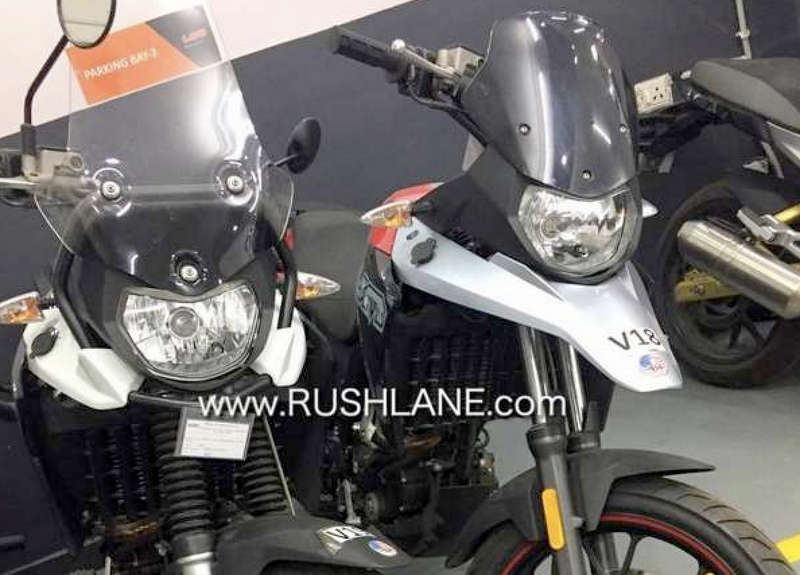 Not long ago, spy shots and leaked product presentations of the UM DSR Adventure 200 emerged online. The DSR Adventure appears to have borrowed its design from the Polish Romet ADV125 FI Pro.

We have come across a new set of spyshots which show prototypes of another UM adventure tourer with different configurations. It looks like the budding American brand is exploring the possibility of more than one medium displacement adventure tourer for the Indian market.

Interestingly, the new pair of test mules look neither like the Romet-derived DSR Adventure 200 nor like any of its existing dual-purpose motorcycles which are available in the international markets. While both the prototypes pictured here feature identical headlamp and fuel-tank extensions, the configurations differ significantly. 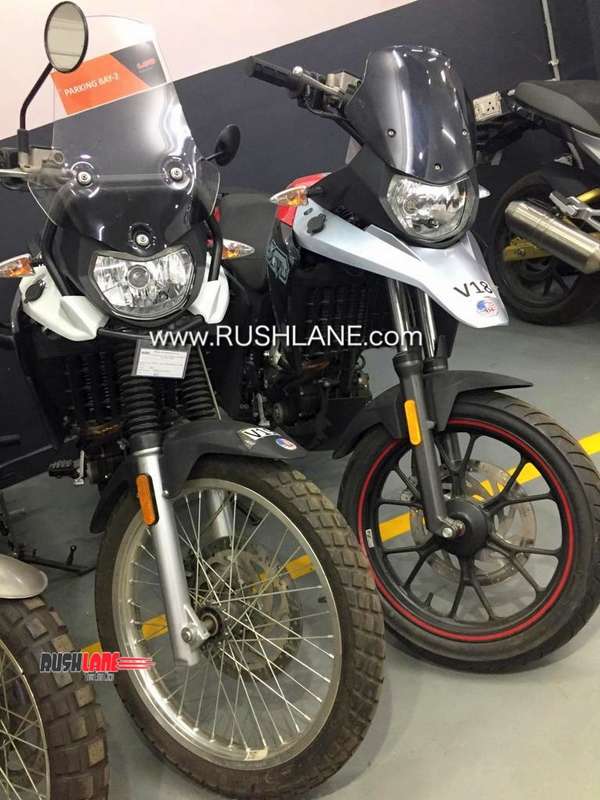 One features larger windshield, spoke wheels shod with dual-purpose tires, and is devoid of front fenders whereas the other features a high-mounted front fender, more compact windshield, and alloy wheels with regular tires. Both variants employ regular telescopic front fork but they are not identical. It is to be noted that the DSR Adventure 200 sports an inverted telescopic fork.

The spyshots also show a Mahindra Mojo alongside the UM prototypes, suggesting that it could be one of the benchmark models. There is also an assortment of unrecognizable motorcycles in the frame but the focus is clearly on the adventure tourer twins.

UM has not officially revealed its future plans yet but thanks to the leaked documents, we know that the DSR Adventure 200 and Chill 150 retro-classic automatic scooter are in the pipeline for 2019. So is a twin-cylinder flagship cruiser. We can’t rule out the possibility that these were early prototypes before UM zeroed in on the right configuration and design of its India-spec adventure tourer. 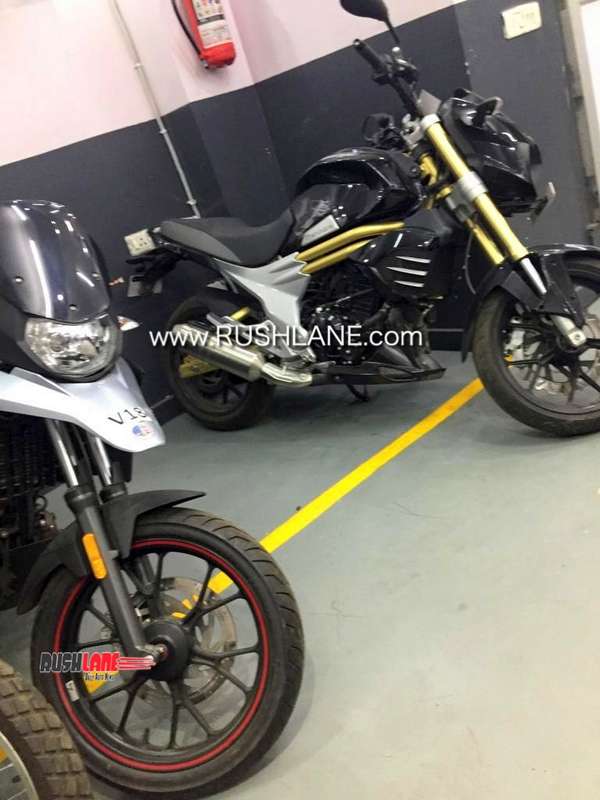 To know more, we will have to wait till UM Motorcycles makes an official announcement about its product plans in the coming months. As of now, the relatively new two wheeler maker is clocking zero sales as its products are not compliant with the new safety regulations (mandatory ABS). So, the immediate priority would be to equip its current crop of cruisers with the safety feature before thinking about introducing new models.

The looming BS-VI deadline is going to be yet another challenge for UM Motorcycles. From where we stand, we think UM Motorcycles is staring at a monumental challenge. If they do launch these new motorcycles, they will take on the likes of entry level off-road bikes like Hero Xpulse 200.