UM Motorcycles is gearing up to expand its Indian product portfolio with a new adventure motorcycle and a cruiser. The products in questions have been spotted without any camouflage at what appears to be a customer clinic or dealer presentation.

While the adventure motorcycle in question is the UM Hypersport which is already on sale in international markets, the cruiser remains a mystery. A closer inspection of the cruiser’s design reveals that it is not an exact match to any of the existing members of UM Commando family. 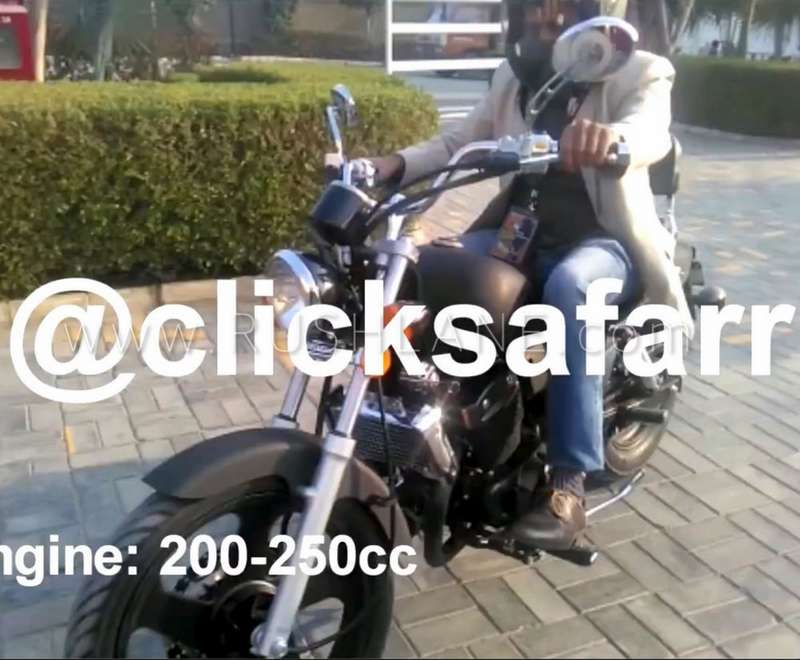 The cruiser appears to be an all-new model with the company’s first twin-cylinder engine. It is being reported that the displacement of the new power unit is somewhere around 200-250 cc but it could be larger than that. We expect to know more about the mystery cruiser when UM makes the official announcement in early 2019.

From what we can see, the cruiser adopts a dark paint theme for its running gear and a bulging fuel tank which is not as steeply raked as the ones seen on Commando variants. The low-slung motorcycle sports comfortable split seats complete with a massive seatback for the pillion rider.

The new UM twin-cylinder cruiser is equipped with alloy wheels, thick rubbers, and a traditional suspension system with telescopic front forks and twin rear shock absorbers. Thanks to the new safety regulations, the bike will feature ABS as standard (though the pictures don’t show it, we expect a rear disc).

The twin-cylinder cruiser is likely to be the new flagship variant of the UM Commando range of cruisers. The new engine is expected to offer higher performance without compromising on refinement. The upcoming model will be pitted against the Royal Enfield Thunderbird 350. Like all the UM products, the new cruiser will be built at Lohia Auto’s manufacturing facility in Kashipur, Uttrakhand.