In the latest, XC40 has been shoved against a wall, and comes out battered with five stars to show for it in its 2018 Euro NCAP tests. This is the same model that is on sale in India, priced from Rs 39.90 lakhs.

Volvo XC40 joins the brand’s 60 and 90 series offerings, both of which are rated with five stars. In setting the standard as technology progresses, 2018 Euro NCAP testing is the toughest till date with new and more demanding challenges on safety tech. This includes cyclist-detection with auto-brake, and emergency lane keeping systems. New XC40 aced the test has been awarded the highest safety score among all cars tested under new standards. 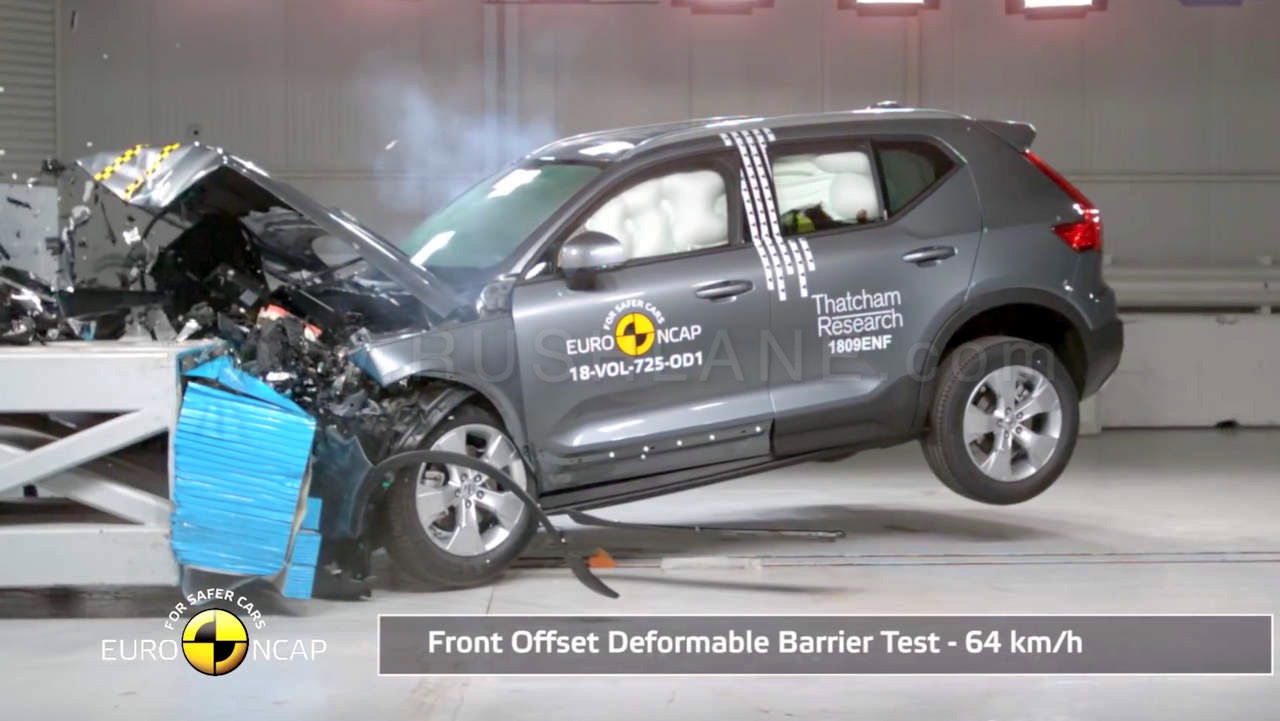 “The new XC40 is one of the safest cars on the market,” said Malin Ekholm, head of Volvo Cars Safety Centre. “It comes standard with the largest offering of safety technology of any small SUVs, helping drivers detect and avoid collisions, remain safely in their lane and reduce the impact of accidentally running off the road.”

This doesn’t comes as a surprise as all Volvo cars in the market today have a five star rating in their Euro NCAP assessments. In 2017, XC60 was certified as the best-performing large off-roader. XC90 picked the same award in 2015.

With demand for XC40 being high, in May 2018, Volvo Cars announced it would increase manufacturing in Europe and China. Volvo XC40 R-Design variant was launched in India a fortnight ago. In the interim fortnight, Volvo cars India garnered 200+ bookings. In keeping pace demand, Momentum D4 and Inscription D4 variants have been launched at a price of Rs 39.9 lakhs, and Rs 43.9 lakhs, respectively. R-Design launched at an introductory price of Rs 39.9 lakhs now has a revised price tag of Rs 42.9 lakhs.

Side barrier and side pole tests saw XC40 score maximum points. In case of a rear-end collision, there is good neck protection against whiplash injuries. Volvo City Safety, autonomous emergency braking system avoided collisions in all typical city driving test simulations. You can take a detailed look at the test report below.