We have been treated to some very interesting automotive concepts by designers of late and this futuristic take on the Yamaha FZ is right up there. Penned by Iranian-Indian transportation designer Aryan Hossein Alipour who is currently based in Turin, the electric street fighter concept is inspired by the original FZ-16, a sweet-handling, lightweight motorcycle.

The FZ electric concept is characterized by bold and audacious surfaces, sporty front end with interesting LED lighting signature, girder-type front suspension with integrated handle bars and a cantilevered saddle with LED taillight embedded in it.

The semi-concealed engine bay is composed of a massive battery and some components which look like they have come directly from a Star Wars flick. Just like a conventional motorcycle which has has the engine as a stressed member, this FZ electric concept integrates the battery and motor as a part of the frame. In fact the structure which houses the battery pack also doubles up as swing arm. 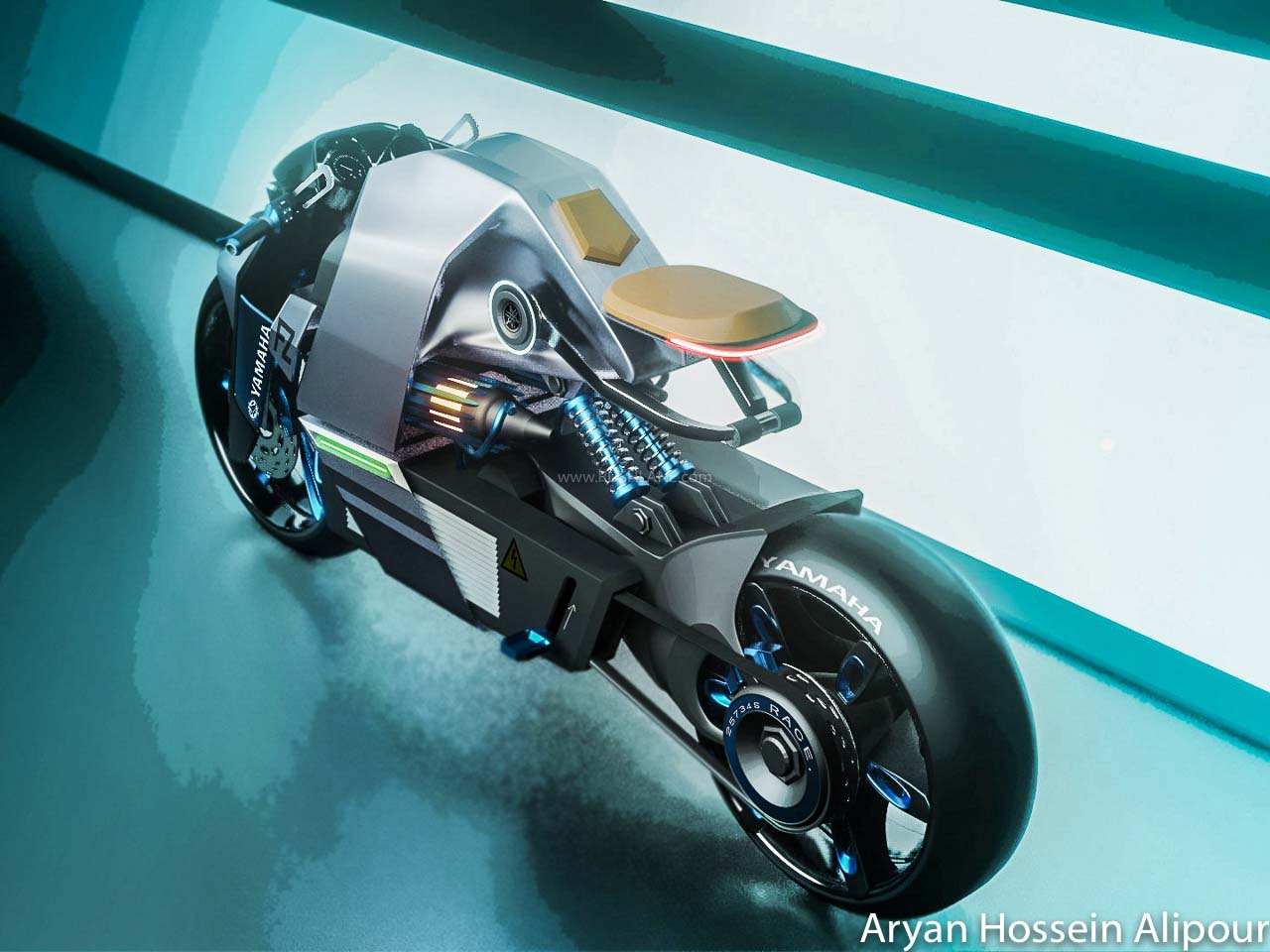 The concept motorcycle employs belt drive mechanism to transfer the motive power. It is equipped with interesting dual-tone alloy wheels and slick low-profile tyres. Another interesting feature is the bike’s rear suspension system which comprises two shock absorbers with common upper mounting points. In effect, they act like the traditional monoshock.

In short, the Yamaha FZ electric concept preserves the original motorcycle’s essence while completely rethinking major engineering aspects. The designer didn’t give the motorcycle any speculative performance specification but it does look pretty powerful.

It is to be noted that this is purely an independent work by the designer and has no official association with Yamaha. So, it is more of a wishful thinking by a talented designer than a future production prospect. 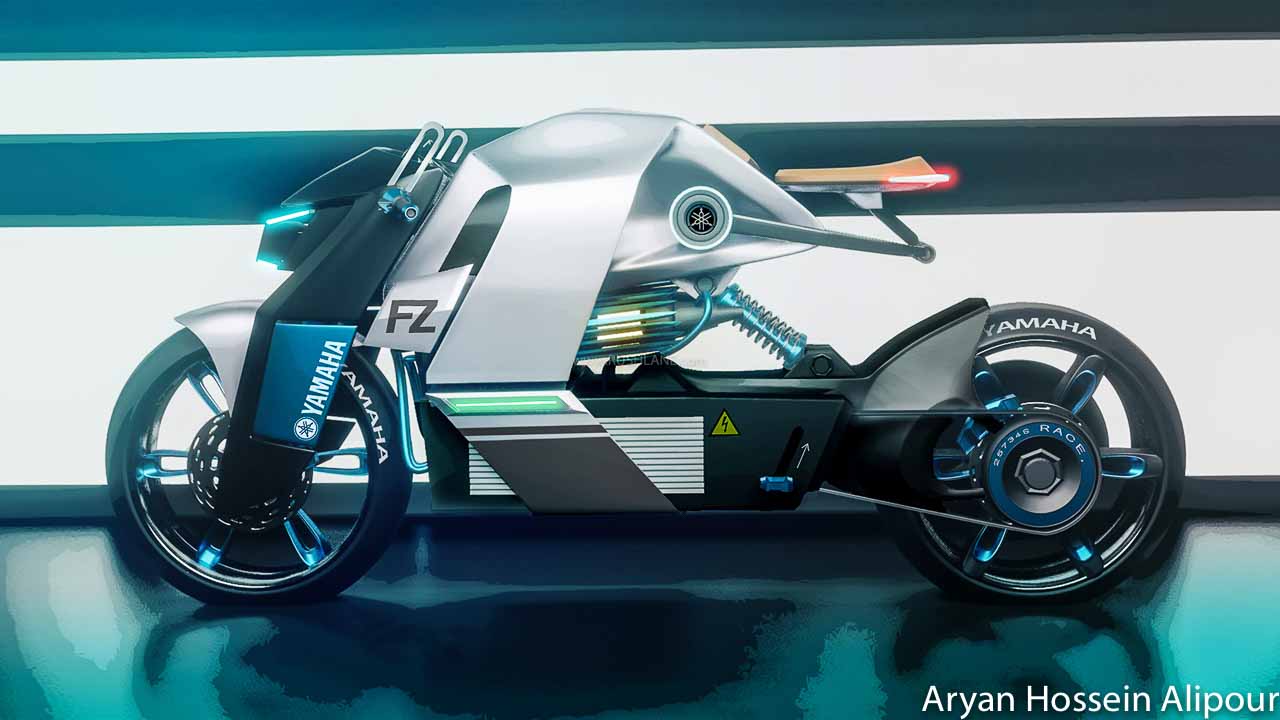 As far as electric two wheelers are concerned, Yamaha has started taking its baby steps, starting with premium scooters. Electrification is definitely the way of future and several motorcycle manufacturers (including Ducati, Harley Davidson) have already started work on full fledged zero emission sports motorcycles. It is only a matter of time before Yamaha comes up with a product with similar school of thought as this unofficial FZ concept.

The electric powertrain and battery packs will be changing the way the motorcycle are packaged. One definitive advantage of a two-wheeler EV is that the heavy battery pack can be mounted as low of possible, thus lowering the center of gravity significantly when compared to a conventional sportsbike. This would have obvious improvements in overall dynamics.