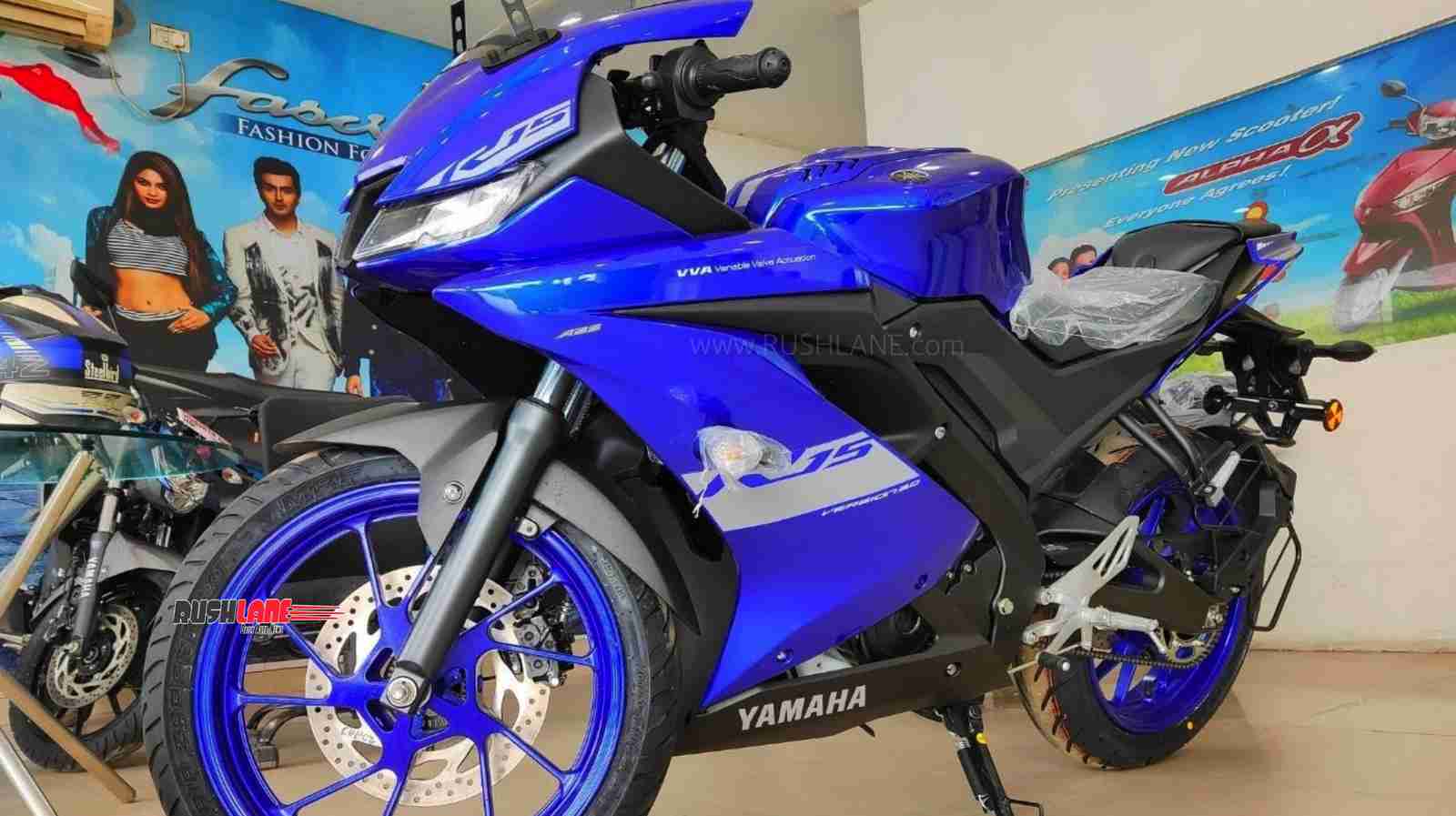 The past few weeks witnessed multiple launches of BS6-compliant Indian two-wheelers or details about their introduction in the weeks to come. Now, the BS6 version of the Yamaha YZF-R15 V3.0 has started arriving at various dealerships across the country.

It was only a week before that Yamaha Motor India launched the BS6-compliant version of the popular R15 V3.0 faired motorcycle at a starting price of Rs 1.45 lakh ex-showroom; Rs 4,400 over the old BS4 model. Even though the price jump is quite reasonable compared to many other BS6 model-updates by various other brands, the new R15 faces a slight drop in power figures.

The BS4 version of the Yamaha YZF-R15 V3.0 made 19.3bhp at 10,000RPM and 14.7Nm of torque at 8000RPM from its 155cc liquid-cooled single-cylinder engine. However, in its BS6 avatar, the engine makes only 18.6bhp and 14.1Nm at similar rev points. Mated to a 6-speed transmission via a slipper clutch, the engine boasts of Variable Valve Actuation which promises crisp throttle response, efficiency at lower RPMs and a strong top-end. Watch the walkaround video by MRD Vlogs Youtube channel below.

Motofumi Shitara, Chairman of Yamaha Motor India, stated that the Japanese motorcycle brand will be able to provide the same “optimum excitement” with the BS6-compliant engine. He also added that Yamaha strived to check the price hike within a reasonable limit and was able to cut it down to just 3% over the BS4 model. As we have mentioned before, this is quite impressive. To give you an idea, the BS6-compliant range of Aprilia/Vespa scooters come with a price hike of almost Rs 20,000.

The BS6 Yamaha R15 comes in three colour choices: Racing Blue, Thunder Grey and Darknight; each having a price tag of Rs 1.46 lakh, Rs 1.45 lakh and Rs 1.47 lakh, respectively. Yes, the paint schemes come at their own prices. The Racing Blue paint scheme includes blue wheels too, just like the version sold in certain Asian markets such as Indonesia.

The Yamaha MT-15, the naked sibling of the Yamaha YZF-R15 V3.0, is still in its BS4 format. The company has not shared anything regarding its BS6 upgrade yet, but we can be sure it is in the plans since the MT-15 has got a lot of takers in the country. Though the Yamaha MT-15 shares almost the same mechanicals as its faired sibling, the tuning is slightly different to suit its sports-commuter character.