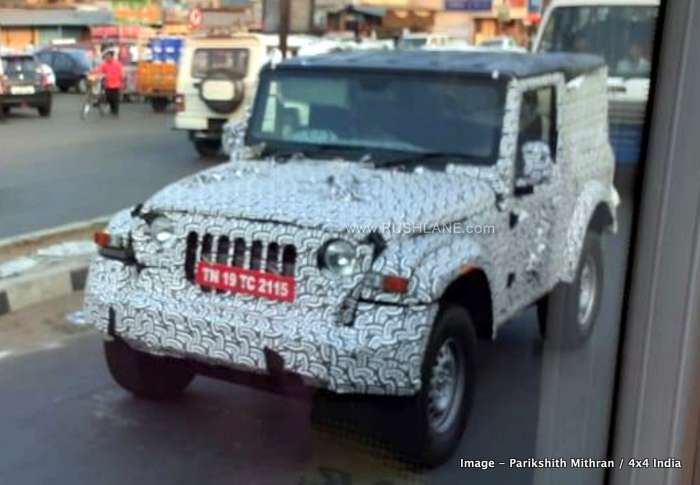 2020 Mahindra Thar is expected to make its official debut at the Auto Expo next year. It is being actively tested ahead of launch. The latest test mules were spotted by automotive enthusiast Parikshith Mithran of 4×4 India Facebook Group. These are the first photos of the hard top variant of next gen Mahindra Thar.

The current generation Mahindra Thar, on sale since 2010, will be replaced by this new gen variant. In its current format, it will get discontinued by October 2019, as the new safety norms will come into effect. These new Bharat NCAP safety norms require dual front airbags, ABS, reverse parking sensors, ISOFIX, etc as standard.

Mahindra will launch new gen Thar, which will comply with these new norms. It is based on an all new platform, which is not only lighter, but is also stronger than that used in current Thar. The new platform will also enhance stability and will result in better passenger comfort as well as space. 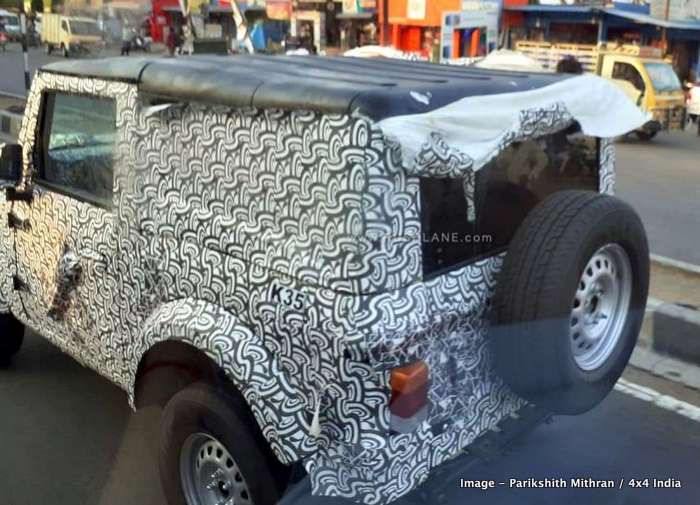 Spy shots 2020 Mahindra Thar draws attention to its updated design. Spy photos of the 4×4 shows off a new front fascia with a 7 slat grille, wider tracks and more pronounced wheel arches besides a more advanced suspension setup. In compliance with new safety regulations, the 2020 Mahindra Thar will also receive airbags, rear parking sensors, speed alert system and ABS as standard while a new touchscreen infotainment system and better refined interiors could also be a part of its upgrades.

It also gets a new BS VI compliant engine. This new BS-VI-compliant 2.0-litre 4 cylinder diesel engine will be seen on a number of upcoming Mahindra cars being planned the company in the near future – such as the new Scorpio and 2020 XUV500. The 2.0 liter diesel engine is expected to offer 120 bhp power and 300Nm torque on Thar. The current Mahindra Thar is offered with a 2.5 liter CRDe offering 105 bhp power and 247 Nm torque. The new engine is not only more powerful, it is also more fuel efficient.

Mahindra is also planning to launch a petrol variant of Thar. Not much details are known, but it is expected to get new gen petrol engine which will also be used in XUV500 2020 variant. This engine will be BS6 compliant as well. The 2020 Mahindra Thar will also come in with increased prices as it involves so many upgrades. This would put the new Thar in the Rs.8-11 lakh price (estimate) range as compared to prices of its current generation model which is priced between Rs.6.6-9.43 lakhs, ex-sh.