Earlier, there were hopes that Skoda Auto Volkswagen India would bring back diesel products

Skoda Auto Volkswagen India has major plans for the Indian market under its new India 2.0 business strategy. The automotive group had showcased a glimpse of it at Auto Expo 2020, held in early February. Volkswagen and Skoda Auto will introduce several CKD or locally-made products with shared platforms and internals in the years to come.

Focus would fall primarily on SUVs or crossovers since our market has been witnessing an increased demand for such vehicles (including raised hatchbacks commercialised as SUVs), over the last few years. Meanwhile, the much-awaited sixth-gen Volkswagen Polo supermini (which is already about three years old in international markets) will arrive in a sub-four-metre BS6 petrol format to take on the popular “premium hatchbacks”.

No more diesel Volkswagen or related models in India

Volkswagen and its subsidiaries on the Indian market stepped away from diesel engines following the shift to BS6 emission norms in April 2020. However, it was expected that the company would eventually bring down BS6-compliant diesel models in due course as it already has a strong diesel portfolio in foreign markets, especially Europe. 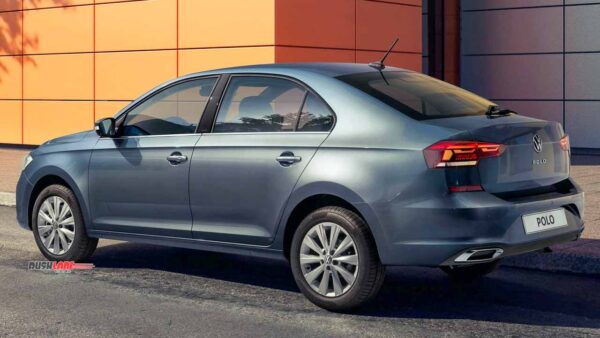 Now, TeamBHP states that Volkswagen Group is not planning to introduce any diesel offerings in the foreseeable future. Even if the German automaker brings down some of the best turbo petrol mills on the market to India, demand for diesel engines in bigger crossovers and SUVs will not fade. For instance, the Skoda Kodiaq mid-size crossover SUV (yet to receive BS6 update) might not be as desirable as diesel-powered alternatives such as the Ford Endeavour, Toyota Fortuner (facelift coming soon) and Mahindra Alturas G4.

Here is the complete turbo petrol engine lineup that would make their way to various Volkswagen, Skoda, Audi and Porsche models in India:

These above engine options will be powering next gen Volkswagen and Skoda cars in India. This includes the likes of Polo, Vento, Rapid, Vision, Taigun, etc. In addition to this, higher-end CBU models (based on MLB Evo architecture) would get a 4.0-litre TFSI V8 mill. The latest such example that has arrived in India is the all-new Audi RS7 Sportback performance sedan. Lower, heavily localised models will come out of the group’s India-specific MQB A0 IN platform.

Unveiled just ahead of Auto Expo 2020, the new Volkswagen Taigun and Skoda Vision IN concept (production-spec) compact crossovers will be the first ones to come out of the platform. Interestingly, a Seat Arona compact crossover was spotted testing on Indian roads, undisguised. It is mechanically similar to the much-awaited Skoda Kamiq.