Nissan grabbed the spotlight and managed to get everyone’s attention at 2019 Geneva International Motor Show when it unveiled the IMQ concept. Developed as a futuristic rendition of IM (Intelligent Mobility) concept range, Nissan IMQ also provides a glimpse of upcoming third-generation Qashqai, a top-selling car in Nissan’s global portfolio. Q in IMQ refers to the advanced e-Power hybrid technology that will drive the car.

Nissan IMQ concept looks like a futuristic car that has an upright front fascia, featuring a lavish front grille. Other key features include frameless windows, camera powered system that replaces ORVMs and C-pillar integrated rear doors. Nissan IMQ concept also sports massive 22-inch wheels, but these are unlikely to be offered in production variant. Wheel arches come with heavy cladding, which renders a muscular finish to the side profile. 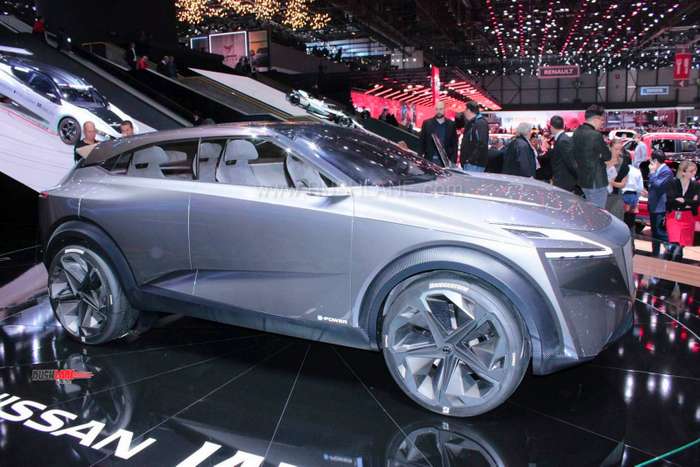 Some of the features on IMQ concept are expected to be introduced in upcoming third generation Qashqai. IMQ concept is larger than existing Qashqai, measuring 4,558 mm in length and 1,940 mm in width. In comparison, second-gen Qashqai is 4,370 mm long and 1,800 mm wide.

Another futuristic addition is the floating glass roof that looks spectacular. Made from carbon fibre, the glass roof slants towards the rear, making a stylish coupe stance.  At the rear, there’s a large spoiler that comes in a contrasting shade. LED tail lamps are done in sleek, boomerang design, which also highlights the evolution of Nissan’s V-motion philosophy. 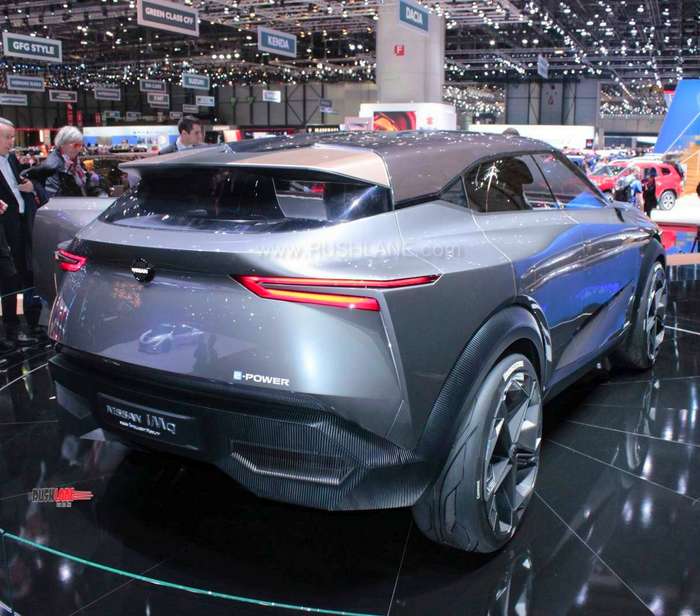 Lamellas have been added all throughout IMQ, which is claimed to improve structural harmony and aerodynamics. Even interior spaces have the lamella theme, which adds to the car’s sporty appeal. With both visual benefits and functional relevance, lamellas could make it to production stage.

Nissan IMQ’s e-Power technology comprises two electric motors that send power to the axles and a 1.5-litre petrol engine that functions as a generator. This hybrid system is quite popular in countries like Japan. IMQ’s combined power output is 335 bhp and 700 Nm. Nissan claims that e-Power technology reduces emissions, as compared to conventional petrol-powered SUV, owing to seamless, smooth acceleration. This hybrid technology is expected to be introduced in next-gen Qashqai and Juke.

Interiors have the lamella theme all throughout and there’s a large 840 mm wide screen on the dashboard. A secondary screen is also there, which can be used for climate control, navigation and virtual personal assistant. Nissan IMQ also comes with ‘Invisible-to-visible’ technology that aids driver in tight spots and in finding parking spaces.