Nissan Kicks may not be a direct competitor to the Tata Harrier in more ways than one, but there are buyers in the segment, who do consider both the SUVs, when in the market to buy an SUV in the Rs 15 lakh range.

Launched a day apart from each other, Nissan Kicks has managed to register sales of 1,370 units while Harrier 1st month sales stood at 422 units. This was probably not expected by many, considering that Harrier had more buzz, and had even opened bookings earlier (on 15th Oct 2018). 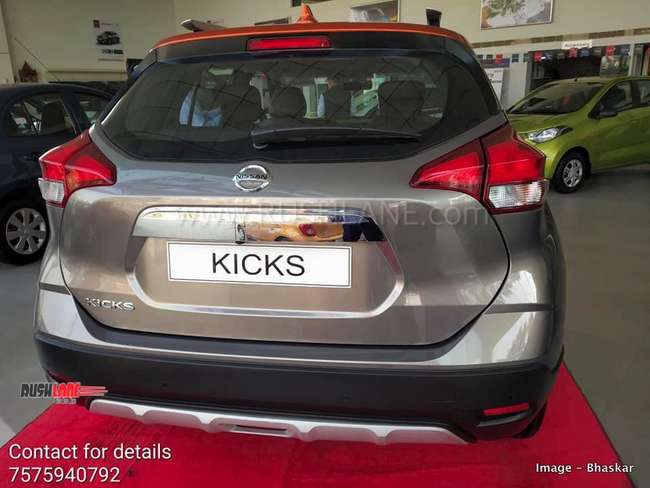 Harrier sales may have been lower than expectation of most, but Kicks’ sales are definitely higher than what was expected. It has now become the best-selling Nissan car in India in the new year.

Nissan has been facing an uphill task in the Indian market, but its efforts seem to have borne fruit with the positive market response to its Kicks SUV. Prior to Kicks, a significant percentage of Nissan’s sales came from Datsun India, which is a subsidiary of Nissan. With Kicks, Nissan’s overall sales in India have increased by 55%, when compared to last year figures in January. 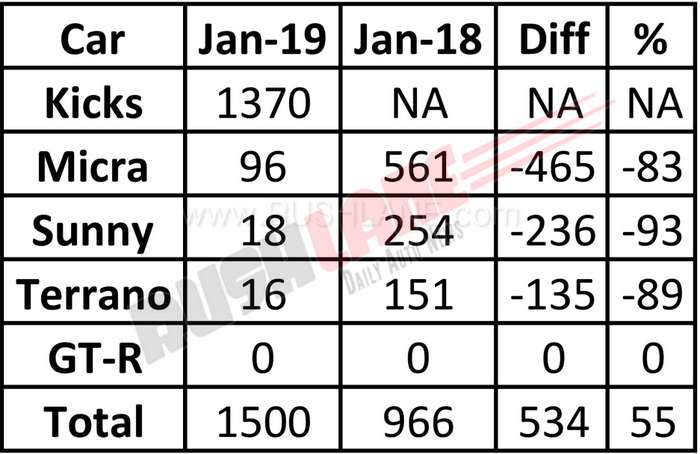 In December 2018, Nissan was able to sell only 224 units, whereas Datsun India had registered sales of 2,141 units. After Kicks SUV was launched in January 2019, Nissan’s overall sales that month climbed to 1,500 units. It comprised sales of 1,370 units of Kicks in the first month of launch itself. Including Datsun India sales, Nissan’s total sales for January stood at 3,146 units.

Where Kicks posted impressive sales figures, it was other Nissan cars, which posted one of their lowest ever sales. Micra registered sales of 96 units, Sunny 18 units, Terrano 16 units and GT-R 0 units.

Growing popularity of Kicks is no coincidence. Kicks SUV has been designed with a lot of effort, and offers excellent driving dynamics and class-leading equipment. Kicks is available in international markets as well, and the Indian model has been designed to suit Indian driving conditions and cater to the specific needs of customers here. India-spec Kicks is not only cheaper, but it is also bigger than the international variant.