Nissan Kicks SUV is slated for launch in India in early 2019. Ahead of that, the car made its debut today at an exclusive event in Mumbai. Largely identical to the model sold in global markets, the only difference lies in dimensions.

The Kicks SUV in India will measure around 4.4 meters in length while the international model measures just under 4.3 meters. It is taller, have a longer wheelbase and with added interior space. Moreover, the India-spec Kicks will also have a larger boot space as compared to 432 liter boot seen on its international spec counterpart. 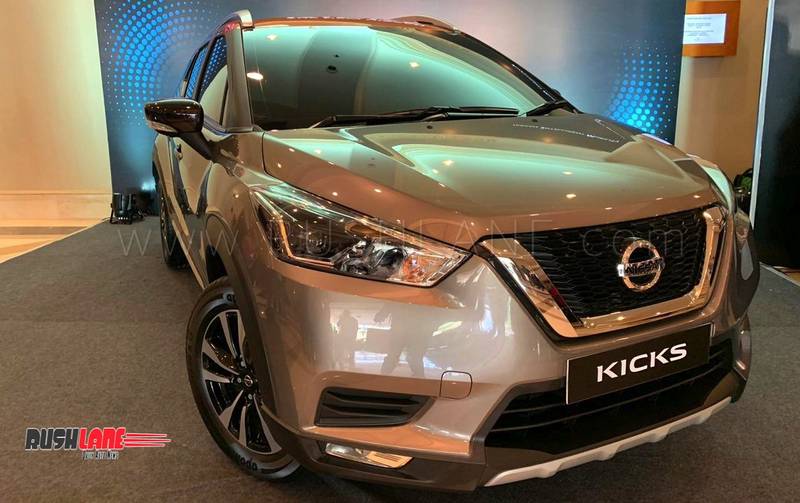 Apart from its dimensions, the India-spec model will also ride on a BO platform unlike Nissan V platform seen on the international model. The updated version of the BO platform has been designed by Renault and also underpins Renault Duster and Captur along with the Terrano. Being larger in size, Nissan Kicks will be positioned above the Terrano in Nissan India lineup as a more premium offering.

Sketches of Nissan Kicks for India show off Nissan’s global design language with a V-motion front grille, massive wheel arches, a raked A pillar and LED headlamps with boomerang shaped tail lamps. Only exterior was revealed at the launch event today. Nothing about the specs was revealed. Nissan did confirm that the India-spec Kicks is longer and wider than the European Kicks. Length is 4384 mm, width is 1813 mm, height is 1656 mm, wheelbase is 2673 mm. 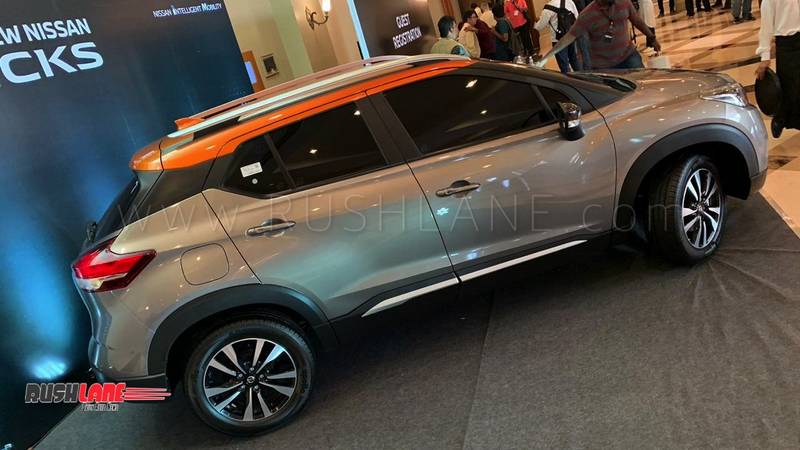 Targeting a younger and sports loving segment of buyers in the country, interiors will exude a youthful vibe. The five seater cabin will get a novel color scheme, an 8.0” touchscreen infotainment system supporting Apple CarPlay and Android Auto while automatic climate controls and other comforts will also be a part of the interior package.

In international markets, the Nissan Kicks is powered by an HR15 1.5 and HR16 DR 1.6 liter petrol engines. India-spec model could get a 1.5 liter K4K petrol engine offering 106 PS power and 142 Nm torque and a 1.5 liter K9K dCi diesel engine capable of 110PS power and 240 Nm torque. The petrol engine could be mated to a 5 speed manual and CVT while the diesel engine could get a 6 speed manual transmission as well as AMT. With prices expected in the Rs 10-13 lakh range, Nissan Kicks premium SUV will compete with Hyundai Creta and Maruti S-Cross once launched.