Electric Vehicles (EVs) are the future of mobility. While many countries have already accepted this fact, some are still in the process of accepting. Over the past few years, many automotive manufacturers have been working in developing better and more sound EV technologies and have made serious progress in this respect.

Access to an electric car is still limited in a country like India since infrastructure to support such vehicles is sparse. However, many other countries have moved way ahead in this respect and hence manufacturers are thinking of future EVs as more than just personal mobility solutions.

Nissan Leaf is one of the most popular electric cars in passenger vehicle segment and is also the first electric car to be mass-produced. While it has been honoured with several accolades in the past, its latest transformation is truly praiseworthy. Response vehicles play a crucial role during an emergency and natural calamity. This new transformed Leaf happens to serve the same purpose.

Dubbed as ‘Re-Leaf’, this e-vehicle has been designed to serve as an emergency response vehicle which is capable of supplying power during relief efforts. Prefix ‘Re’ refers to three major elements of disaster preparedness – response, recovery, and resilience. The Japanese automaker claims that Re-Leaf has been designed in such a way that it is able to drive straight into the centre of a disaster zone to provide a fully mobile and reliable power supply to aid in the recovery process.

Nissan Re-Leaf comes with weatherproof plug sockets mounted directly on the exterior which enables 110 to 230-volt devices to be powered from the car’s high capacity lithium-ion battery. Mobile power supply can be very critical during emergency situations as it has a wide range of applications such as communications, heating, medical, lighting and other essential equipment. 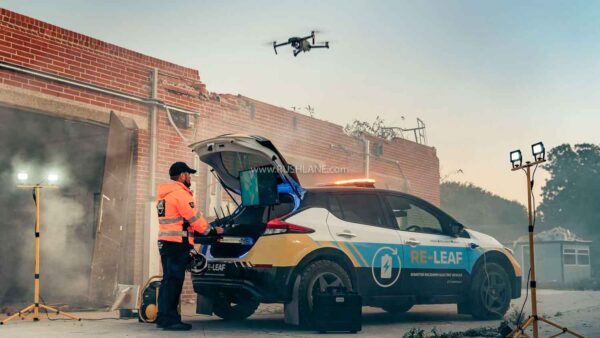 Nissan further highlights some of the emergency equipment that can be powered by Re-Leaf. This includes pressure ventilation fans, a 100-watt LED floodlight, an electric jackhammer and an intensive care medical ventilator. Apart from all the nitty-gritty tech available on this electric car, it has been equipped with a set of all-terrain tyres to navigate through all possible pathways.

Currently, Nissan Leaf allows customers to draw power from its battery to charge and supply power back to the grid through V2G (Vehicle-to-Grid) technology and also directly to electronic devices through V2X (Vehicle-to-everything) technology. Latest generation Nissan Leaf e+ comes equipped with a fully charged 62 kilowatt-hour (kWh) battery which is enough to provide power to an average European household for six days. The same is likely to have been installed in Re-Leaf. 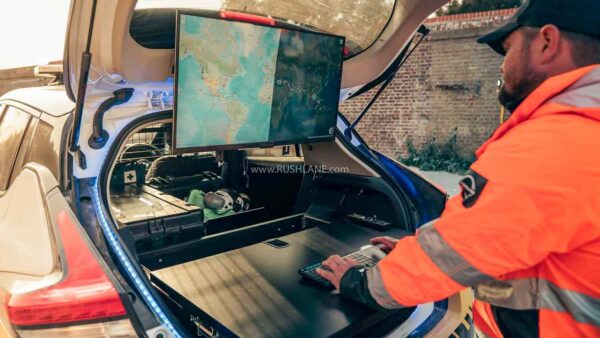 Re-Leaf concept has already proven to be effective. Nissan has already been using the Leaf to provide transportation and emergency power post natural disasters since 2011. The Japanese brand has formed partnerships with over 60 local governments to support disaster management activities. Nissan Re-Leaf could be recharged once power in the affected area has been restored or from a nearby available source.