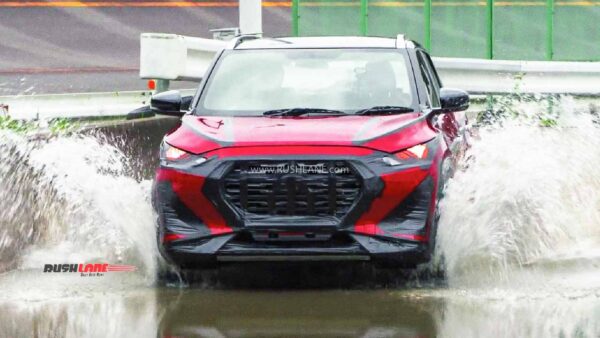 After multiple spy shots, Nissan has finally revealed the first official teasers of production spec Magnite. This comes just a day after the first ever Magnite undisguised photo was leaked on the internet.

Nissan India refers to Magnite as a ‘feature-rich premium offering with stylish design.’ Akin to other vehicles from the manufacturer, Nissan Magnite has been tested at company’s Tochigi Proving Ground facility in Japan. Nissan Magnite is likely to use a 1.0-litre turbocharged petrol engine with an expected power output of 100 hp and 160 Nm of torque with manual and automatic transmission options.

“The Nissan Magnite has been specially designed in Japan, keeping in mind the requirements of our Indian customers” said Rakesh Srivastava, Managing Director, Nissan Motor India. The manufacturer is confident its game-changing sub-four-metre segment offering will redefine the B-SUV segment. Below is the official teaser video of Nissan Magnite, which was released today by Nissan India.

Currently, Nissan India has kept its business going in the country on the back of a single car, Kicks. The gamble hardly amounts for anything in the domestic market. But now, there’s something to look forward to. While launch date not confirmed, Nissan Magnite unveil is scheduled for October 21, 2020.

Entering the mass market segment could spell eight or doom, especially since the segment is one of continued activity. It’s a well thought out move, cause if Magnite can find takers, the brand’s domestic operations, which are at an all time low, will in fact improve.

Only time will tell, how much of a turnaround in Nissan’s fortunes Magnite brings about. For now, the manufacturer is geared for an unveil. Built on Renault-Nissan Alliance’s CMF-A+ platform, being used to build emerging market-specific vehicles, the compact sub 4-metre offering will share much with Renault Kiger, a methodology both manufacturers have been adhering to for years now. A diesel engine isn’t expected. 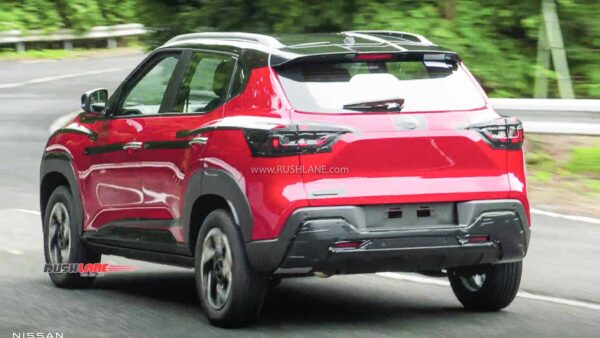 While Nissan Magnite launch should be around the corner, one can’t but wonder why the car hasn’t yet been launched. Considering the ongoing festive season is traditionally one of increased sales, anytime now should be a good time to launch. How much a turnaround is expected is not something Nissan has yet spoken about, but they’d surely be hoping for the product’s success having sold a total (Nissan and Datsun) of only 780 units last month in the domestic market.

Of this, only 58 units of Nissan Kicks was sold. Datsun India in fact sold the majority of cars at 55 units each of Go and Go Plus, and 612 units of RediGo. Interestingly, Datsun Go-Cross concept showcased at 2015 Tokyo Motor Show is where it began for Nissan Magnite, and Renault Kiger. However, Datsun’s resurrection didn’t quite go as planned, and the future of what was to be didn’t see the light of day.

Nissan India of course exports a higher volume of cars from India. Nissan ended FY20 with exports at 79,479 units, up 37.87 percent YoY on the back of its Sunny sedan. 66,667 Sunny units were exported.