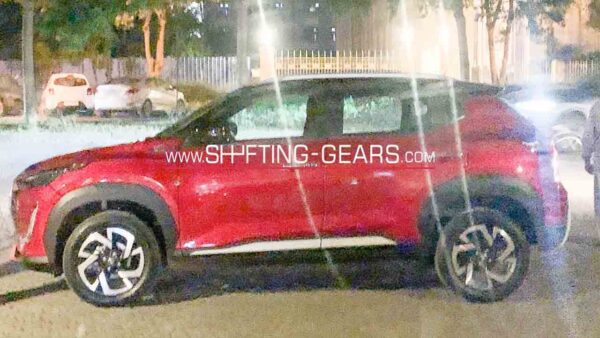 Needless to say, but subcompact SUVs have been the rage in Indian automotive market. It is clearly indicated with sales volume in this segment and the number of products competing in this space. In recent times, Toyota Urban Cruiser and Kia Sonet have been added to this lineup.

However, more products are slated to be added to this range in the coming months, the most prominent of all being Nissan Magnite. The subcompact SUV has been trending on the Internet since past week. Recently, after its production model was spotted in an undisguised avatar, the Japanese brand released a teaser on its official YouTube channel of the upcoming model being tested.

Now, we have another set of spied images giving us better visual details about the car. As we already know that Nissan has already set an unveil date of October 21, 2020 for Magnite. The upcoming SUV will make its maiden official appearance in its production-spec on this date and a few more details are also expected to be shared by the manufacturer. 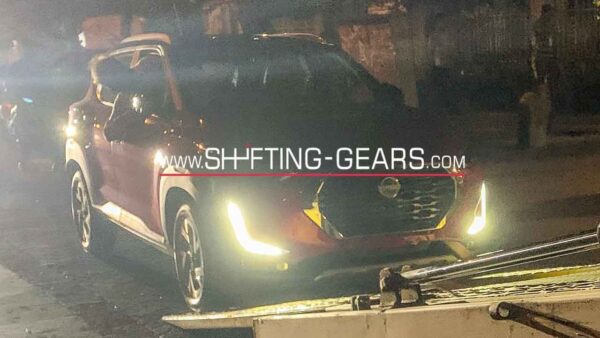 The recent set of spy shots reveal Magnite in a red and black dual-tone colour scheme. This time its front end is clearly visible and it seems that the production-spec model will retain most of the elements showcased on the concept model revealed earlier. It gets a bold front fascia with a wide grille which has adequate amounts of chrome in it and houses the Nissan badging. The boldness gets enhanced with its sleek LED tail headlamps and most importantly its L-shaped LED DRLs.

The fog lamps are housed separately within the body cladding and it also gets a faux skid plate which adds a hint of sportiness. The wrap-around LED tail lamps, an integrated and contoured spoiler and a boxy boot lid. The silver finish to the skid plates, squared-off wheel arches and dual-tone diamond-cut alloy wheels add icing to the cake in terms of exterior design. Overall, the silhouette looks boxy. 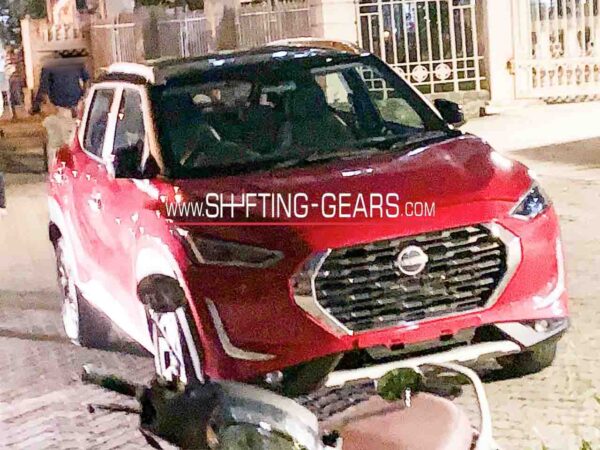 While interiors of the production model haven’t been revealed yet thanks to the images of the concept revealed earlier we get an idea as to what it may look like. Design-wise it expected dark colour interiors with the images revealing a dual-tone black and red colour scheme. In terms of features, it is expected to offer an 8.0-inch touchscreen infotainment system, steering mounted controls, automatic climate control, engine start/stop button and much more.

As we know, it is built upon Renault-Nissan Alliance’s CMF-A+ platform which will also underpin Renault’s upcoming subcompact SUV Kiger. Not only platform but these two SUVs will also share their powertrain and transmission options as well. Magnite could get two powertrain options- a 70 bhp producing 1.0-litre naturally aspirated petrol engine and a 100 bhp generating 1.0-litre turbocharged petrol engine on offer. Transmission options will include a standard 5-speed manual and a CVT automatic gearbox. 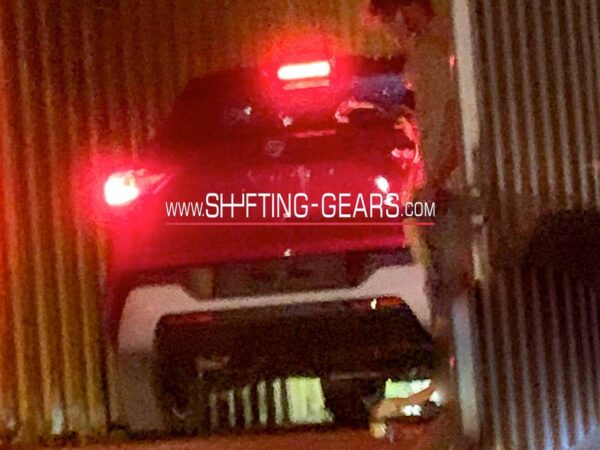 Nissan has pushed back Magnite’s official launch to early next year. It will face off with many offerings in this segment which include Tata Nexon, Hyundai Venue, Kia Sonet and Maruti Suzuki Vitara Brezza to name a few. It is also said that Nissan Magnite will be the most affordable in this segment with a starting price of Rs 6.50 lakh (ex-showroom), or even lower.