After making its global debut last month, new Nissan Magnite is now getting ready for launch in India. To be offered only with a petrol engine option, Magnite is a sub 4 meter UV, which will take on the likes of Tata Nexon, Ford EcoSport, Toyota Urban Cruiser, Maruti Brezza, Mahindra XUV300, Kia Sonet, Hyundai Venue, etc.

Thats a long list of rivals, and it is growing regularly every year. In such a highly competitive segment, Nissan will be launching, what is being touted as their make or break product for India.

Nissan has already revealed the feature list on offer with the Magnite, and it is loaded to the brim, enough to take on majority of the rivals in the segment. In addition to the loaded features, Nissan is also planning to offer the Magnite at really aggressive pricing.

Ahead of its launch, Magnite prices have been leaked. The prices were revealed by Nissan India to their dealers via an online presentation. A photo of the Nissan Magnite price list was captured and leaked on to the internet.

This is a really aggressive pricing strategy. At this price range, the Magnite is cheaper by more than Rs 1.2 lakhs, than the next most affordable rival. Even the top Magnite variant is a few lakhs cheaper than rivals. Below is an on paper comparison of Nissan Magnite prices and its rivals. 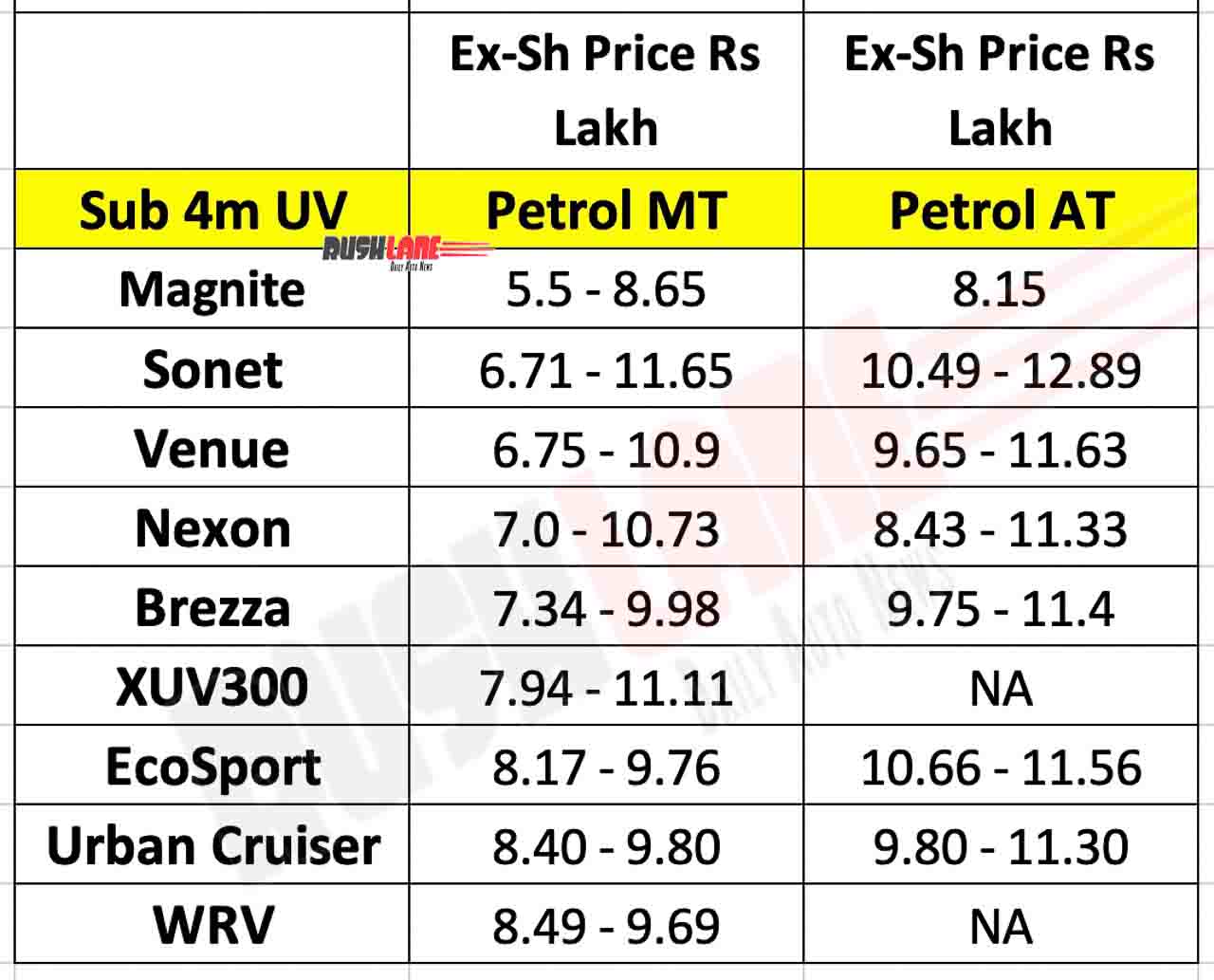 Considering that this is a very important product for Nissan in India, they are going to try everything possible to make it a sales success. From offering top features, attractive styling to an super-aggressive pricing strategy. But will this work for Nissan India and help them garner sales? Only time will answer.