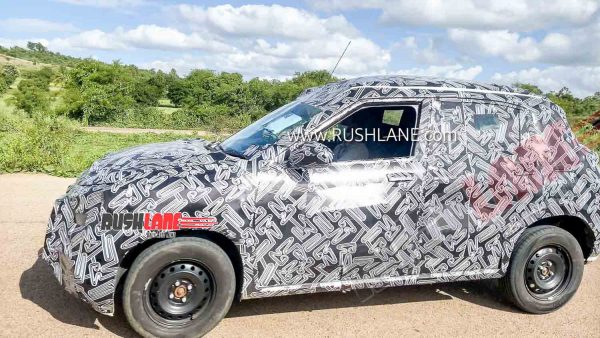 A fully camouflaged production-ready prototype of the Nissan Magnite sub-4m SUV has been caught on tape while on test in Bangalore. Hat tip to automotive enthusiast Chetan, for sharing these spy shots of Nissan Magnite. Nissan has been teasing the compact crossover which is scheduled to make its global premiere on July 16.

The prototype’s silhouette perfectly matches what was depicted on the teasers. The Nissan Magnite SUV will feature the Japanese brand’s family identity with sleek LED headlamps, a chrome-finished trough-shaped grille, accentuated crease lines and well defined surfaces. One of the teasers also revealed vertical LED DRLs embedded in the foglight enclosures.

Overall, the Nissan Magnite looks like a sporty overgrown hatchback with high seating position. We expect the interior to adopt a fresh design with equipment level comparable to the segment standards. This would mean a touchscreen infotainment system with connectivity features, MID on the instrument console, multi-function steering, automatic climate control (top-end variants) and so on. 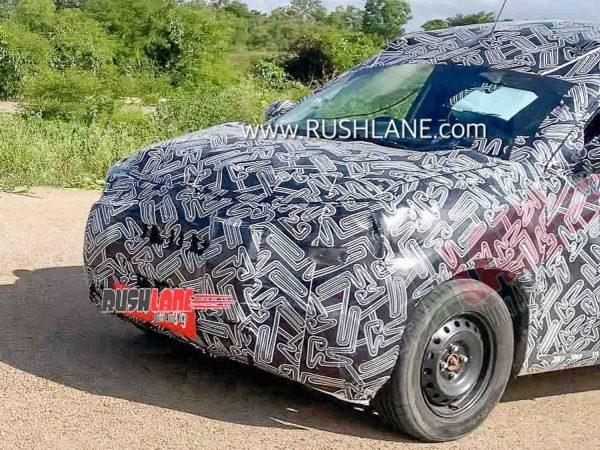 Based on the Renault-Nissan CMF-A+ modular platform, the Magnite will have emerging markets like India as its primary targets. It will share its underpinnings with the upcoming Renault Kiger SUV which is also being tested in India. Both crossovers are expected to share their powertrain as well.

It is being reported that the Renault Kiger will be powered by a 1.0-liter turbocharged petrol engine with output figures in the ballpark of 100 hp and 160 Nm of torque. A 5-speed manual transmission and a 6-speed CVT are expected to be the transmission options. The same setup would suit the Magnite as well.

In addition to rivaling its own sibling, the Nissan Magnite will have to compete with the well established players like Maruti Vitara Brezza, Tata Nexon, Mahindra XUV300, Hyundai Venue and Ford EcoSport. With the Kia Sonet scheduled to be launched soon, the sub-4 crossover market in India is officially crowded. 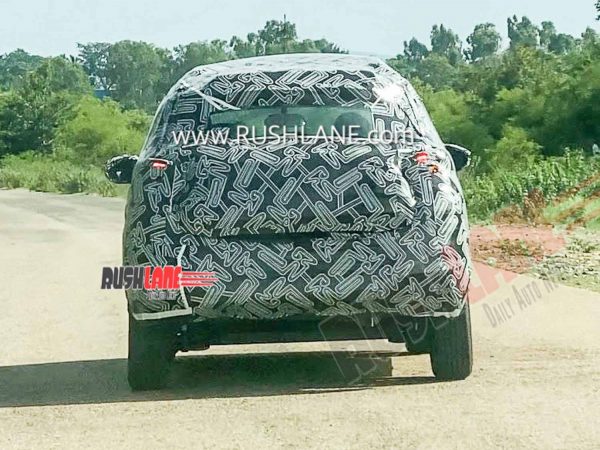 The Nissan Magnite will be an important model for the automaker’s sustenance India. The company currently has only two products in its domestic portfolio – the Nissan Kicks and GT-R. Though the Kicks offers an attractive design, powerful engine, good equipment level and reasonable pricing, it has not been able to stand shoulder-to-shoulder with its popular rivals, the Hyundai Creta and Kia Seltos. So, the Magnite has its work cut out as a turnaround model.

Nissan has stated that its B-SUV will be launched in international markets in a phased manner during FY2020-21. We expect India to be the first market to receive the model and it should be here sometime early next year.