Ola is set out to launch a family of products spawning electric cars, scooters powered by an indigenously developed battery

We all know that Ola Electric came with a big bang by changing our perspective as to what a modern electric scooter should be like. We saw the success of S1 Pro and also Ola’s constant perseverance in bettering its products with precious OTA updates in the form of Move OS 3 expected to hit around Diwali.

And now, Ola wants to dance with the big boys. We’re not talking about just in electric 2-wheeler space. Ola has a lot more to offer and has been hiding its aces up its sleeves. Now is the time to unfold. Let’s unfold.

Ola has revealed the S1 scooter as hinted on social media. It sits below S1 Pro, which is currently on sale and gets a lower price. By doing this, Ola is now able to hit the sweet sweet Rs. 1 lakh mark where Ather is also planning to launch a product. Also, with Honda venturing into this electric scooter space in 2023, things will heat up considerably. Futuristic Electric Activa is likely to arrive in 2023.

Ola S1 has a 3kW battery claiming an ARAI-certified range of 141 km. It is capable of covering a true range of 128 km in Eco mode, 101 km in Normal mode, and 90 Km in Sports mode. Top speed is capped at 90 km/hr though. It gets the same chassis, and also the design along with most of S1 Pro’s features too.

At Rs. 99,999 (ex-sh) introductory price, it is a tempting deal that can be booked today for Rs. 499. Deliveries will start on 7th September. Colours on offer with Ola S1 are – Neo Mint, Porcelain White, Coral Glam, Jet Black, Liquid Silver

Ola’s wildest product to date has to be its new electric car. It is pitted as the fastest car in India. Zero to a hundred km/hr in 4 seconds and will have more than 500 km of charge in a single charge. It will run on Move OS which is developed by Ola in-house. We can expect 6 different electric cars based on two different platforms in the future. These are the technical terms. But what will it look like?

This upcoming unnamed electric car by Ola will be Built in India, for Indians, for the world. For starters, it does look a lot like Lucid Air which is pitted as a Tesla Model S killer. Ola’s car will get a glass roof just like Lucid’s and also has a sloping Coupe roofline like Lucid’s. Ola also claims 0.21 Cd air drag coefficient which is really impressive if pulled off. I mean, Mercedes Benz EQS has 0.2 Cd and is currently unrivaled in series production cars. 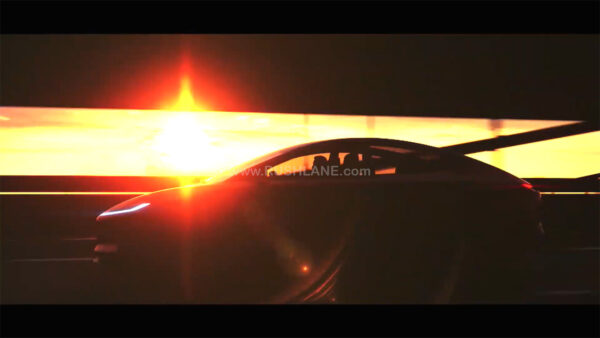 Ola also showcased its new electric battery alongside its electric car. This is completely indigenous and will be the heart and soul of future Ola Electric cars and motorcycles. It is a Li-ion cell set to produce in Ola’s Gigafactory. These batteries will make it on Ola vehicles by next year once all testing processes are complete. Ola CEO Bhavish Aggarwal also showed off a prototype battery pack that consisted of these battery cells.

In one year, Ola has built India’s largest tubular factory. Ola aims at making India a global epicenter for EV manufacturing. Ola Battery Innovation Centre spread across half a million sqft specializes in electric vehicle batteries. It boasts cutting-edge tech with battery safety testing given the most priority. Ola aims at establishing the largest EV factory in India.

As we can see from the plans, Ola’s Future Factory will have a production capacity of 1 million cars, 10 million 2Ws, and 100 GWh. These are very steep claims for a startup company. But as we have come to expect from Ola, we might see Ola’s claims become reality soon.

With plans to dive deep into future demand, Ola has worked hard even before their first launch. This concerted effort has ensured the company is already a big and notable player in the e2W industry. And it has its eyes set on cell development and multiple electric cars.

While S1 deliveries will commence in September, Ola electric car will arrive in 2024. We can expect Ola’s indigenous batteries to have passed all testing phases by 2023.