Petrol powered cars are growing in sales and have recently come back in vogue with the increase in diesel prices. A recent report from Auto Punditz shows petrol powered vehicles constituting 61% of total sales and diesel cars at 39%.

Taking the period January to June 2018, it was found that buyers in the country are showing more preference to petrol as a choice of fuel. In the car segment, the share of petrol models has expanded to the highest in five years. While diesel was more preferred, price difference between diesel and petrol is narrowing as compared to what it stood, more than three times than in 2011-12. With this narrowing gap, average time to recover premium paid while purchasing diesel cars is extended to more than three to three and half years as compared to two years in 2012. 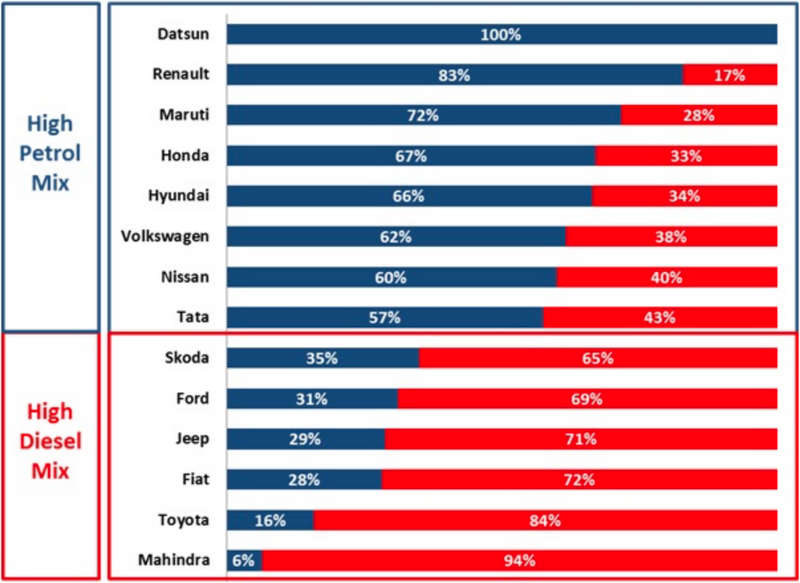 Company wise fuel split of petrol cars over its diesel engine counterparts shows that Datsun ranks the highest with 100% petrol vehicles (it does not have a diesel powered car on offer). Renault has an 83% petrol and 17% diesel fuel split while Maruti Suzuki has 72% petrol to 28% diesel ratio. Honda, Hyundai, VW and Nissan have a more equitable ratio of 60-67% petrol as against 33-40% diesel split while Tata cars are in a 57% petrol to 43% diesel ratio. 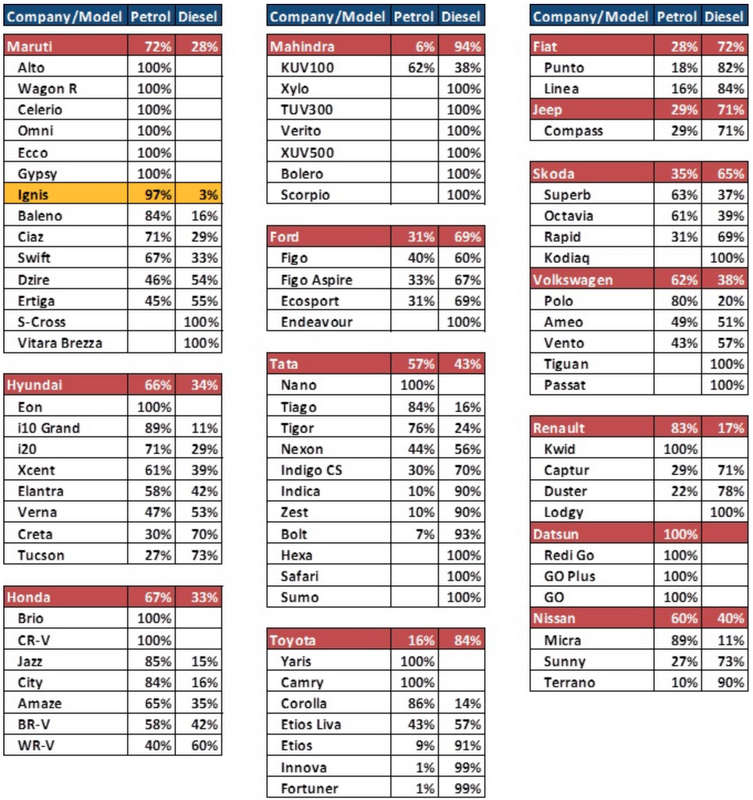 It was also noted that demand for diesel variants is directly proportionate to the size of the car. Cars in the sub 4 meter segment see more demand for petrol variants at 72% while diesel variants see 28% demand. In the 4 meter to 4.5 meter segment, this ratio decreases to 31% petrol and 69% diesel while in the 4.5 meter+ segments, the ratio stands at just 5% for petrol and 95% for diesel.