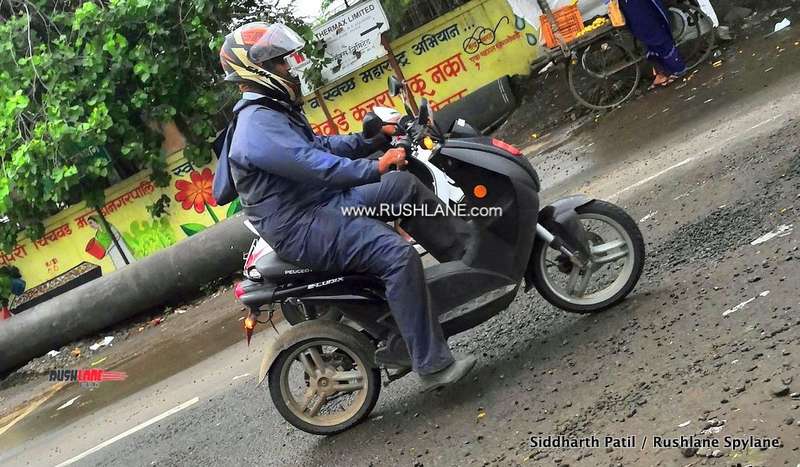 Showcased at the Paris Motor Show last year, Peugeot eLudix is an entry level electric two wheeler, which is expected to go on sale in Europe next month. It is based on the popular, Ludix scooter – which is powered by a 50 cc petrol engine. The eLudix has now been spotted testing once again in India.

The latest spy shots of Peugeot eLudix electric scooter were shared by automotive enthusiast Siddharth Patil on Facebook group Rushlane Spylane. Spotted undisguised, the eLudix is expected to be launched in India later this year, at the hands of Mahindra.

Mahindra owns 51% stake in Peugeot Motorcycles. Thanks to this, Mahindra aims to launch Peugeot electric scooters in India. One of them is going to be the eLudix, which has been recently spied. Peugeot eLudix weighs 85 kgs, of which 9 kgs is battery weight. It has a top speed of 45 kmph, and a drive range of 50 kms on a full charge. Full charge takes 3 hours. 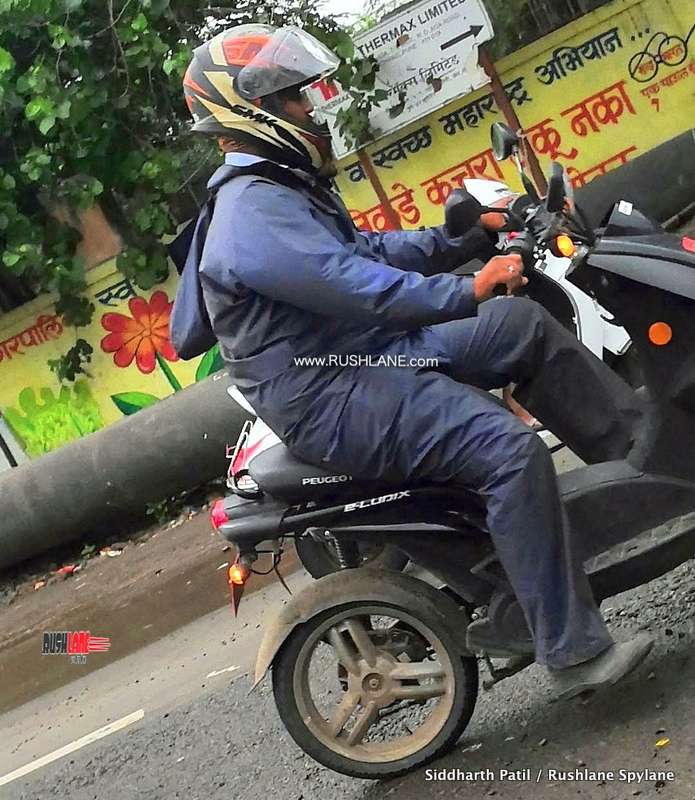 Speaking about Mahindra and their electric scooters – Mahindra already sells its Genze electric scooter overseas but the product may not be the one for India. For one, the price proposition simply doesn’t cut it as the way things stand now.

While Mahindra jumped on the EV wagon a long time ago where its four wheelers are concerned, the two-wheeler story hasn’t been that gung-ho. In fact, in recent times, many a new company has ventured into the electric two wheeler segment here, but Mahindra, not yet.

In fact, Mahindra quite literally almost erased its two-wheeler business by only keeping the Mojo in business. For a while even that was plugged. The Mojo ABS is of course now back in business, and so is its Gusto scooter.

And there’s no sign of an electric two-wheeler in Mahindra’s rather bare two-wheeler portfolio. This would in fact make it quite easy for Mahindra to get on the electric path as the company already has a plant here.

Hence, local manufacturing would help the company tap in on business economies. And while traditional manufacturers too are grappling with what the right approach to electric two-wheelers would be, there’s been plenty of new collaborations and business associations in the space to lay out the groundwork for the advent of a more robust electric two-wheeler market.