Piaggio Ape electric rickshaw was launched at Rs 1.97 lakh in both passenger and cargo formats. Watch the new TVC video.

Piaggio India launched its first electric three-wheeler range in the country a few weeks back, in the form of the Ape Electrik. The electric Piaggio Ape has an introductory starting price of Rs 1.97 lakh ex-showroom and comes in both passenger and cargo formats. Coming under the Ape Electrik range, the Ape E-City is the first electric three-wheeler on the Indian market to feature swappable battery technology. Now, the company has released a new TVC of the electric rickshaw.

Powered by a 4.7kWh lithium-ion battery back, the Piaggio Ape electric offers a range of around 70-80km on a full charge. The swappable battery is sourced from Sun Mobility, who is also setting up a Quick Interchange Station network which allows Piaggio owners to ‘Swap and Go’ in a matter of minutes. The Ape Electrik features smartphone connectivity as well. Owners can check the battery status and location of the nearest swap station via a dedicated smartphone app.

Other features on the new Piaggio Ape electric three-wheeler include a digital instrument console (a first in the segment), real-time battery monitor, drive modes, service reminder, Eco mode and many more. The Indian automotive industry is going through an electric revolution in the field of two-wheelers and three-wheelers, and in this regard, the new Ape Electrik range packs a lot to be at the forefront.

The Piaggio Ape E-City has been introduced with a 36-month/1,00,000km ‘super warranty’, alongside free scheduled services for a period of three years. As an introductory offer, the customers can also avail a three-year AMC (Annual Maintenance Contract) package for Rs 3,000. 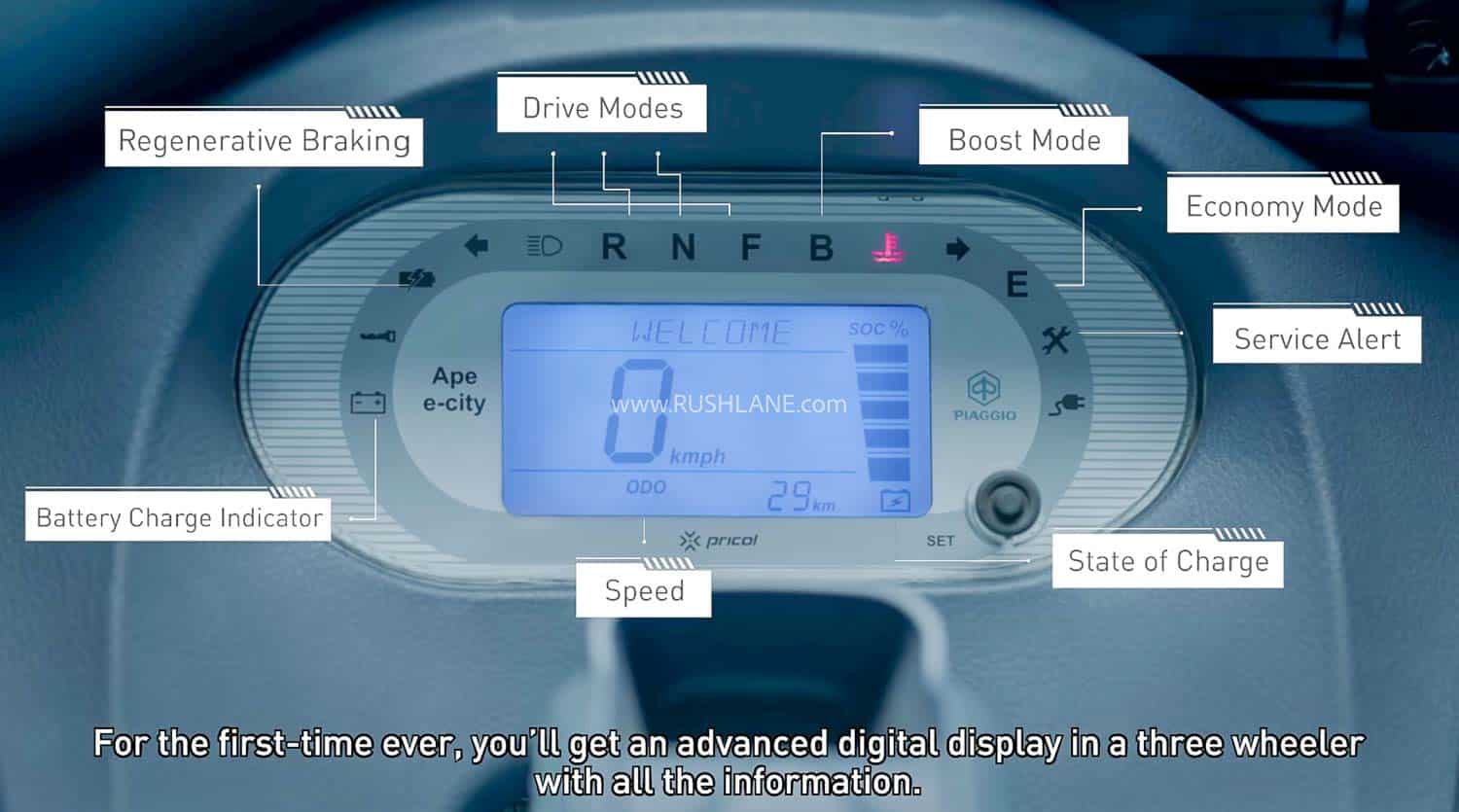 Diego Graffi, MD & CEO of Piaggio Vehicles Pvt. Ltd. (PVPL), shared that Apa, as a brand, has over 29 lakh happy customers. The new Ape Electrik range and the E-City which comes as the first offering under it will “pave the way for the Indian electric revolution”. He added that the new swappable and fixed battery technology developed in partnership with Sun Mobility will open doors to an “innovative, smart and unique” ownership experience in the field of electric mobility.

The Italian automotive group is confident that, with the government’s focus on electric vehicles in the three-wheeler category, mass adoption of EVs in the country is getting close to being a reality like never before. The Indian EV segment is still at an infant stage, but with more players coming in, there will be a major change in the days to come.