Piaggio Vehicles Pvt Ltd (PVPL), a 100 % subsidiary of Italian Piaggio Group, has reached an important milestone as its 2.5 millionth (25 lakh) vehicle rolled off production lines from the company plant in Baramati.

This was an Ape Xtra LDX three wheeler. To mark this special occasion, the Piaggio Ape Xtra LDX was given a new Brown body color with a 25 lakh (2.5 million) sticker. Of these 2.5 million SCVs produced, 1.5 million were auto rickshaws while 1 million were goods and cargo carriers. 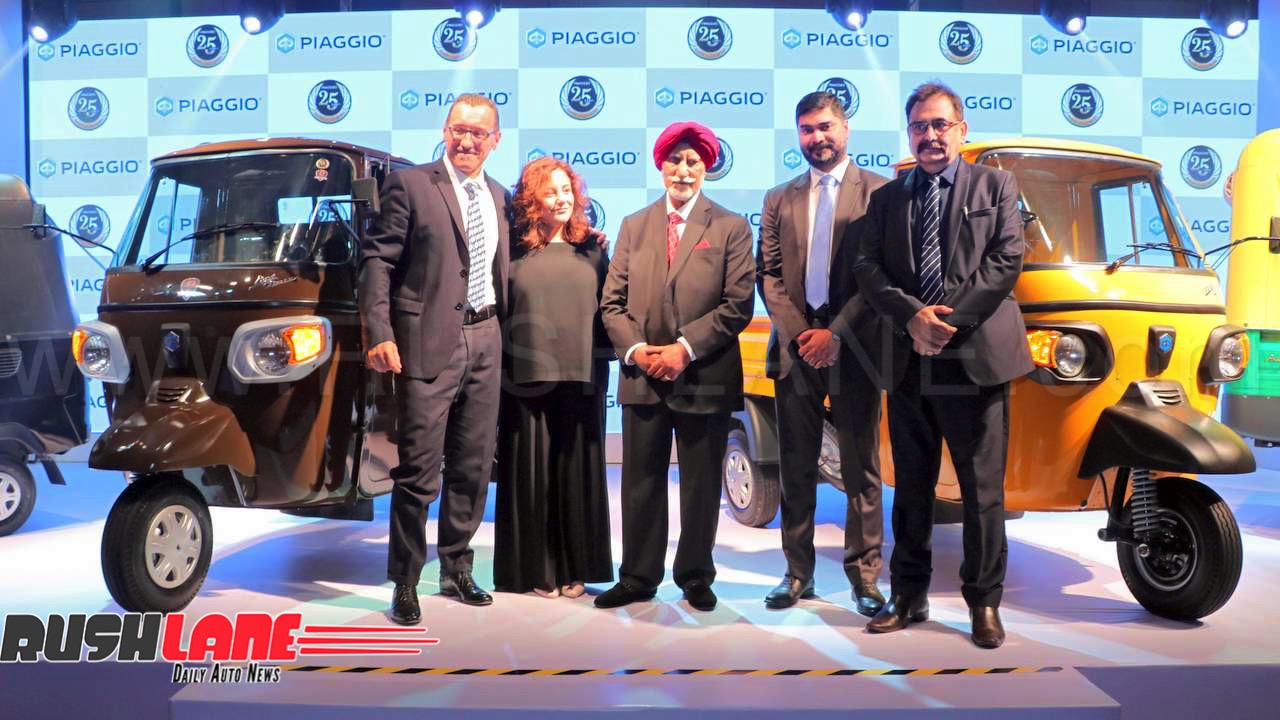 Piaggio Vehicles India started its Indian operations in 1998 with the Ape three wheeler commercial vehicle being its first product. In 2010, the company achieved its 1 million milestone and the 2.5 millionth milestone has just been achieved. The company now aims to reach its 5 millionth production milestone in the years ahead.

To mark this important milestone, Piaggio has announced a first of its kind vehicle ‘Super Warranty’ program and personal accident insurance scheme for its customers. Under this scheme, customers of the Ape Diesel 3W vehicles will receive a 42 month or 1.2 lakh km warranty period. 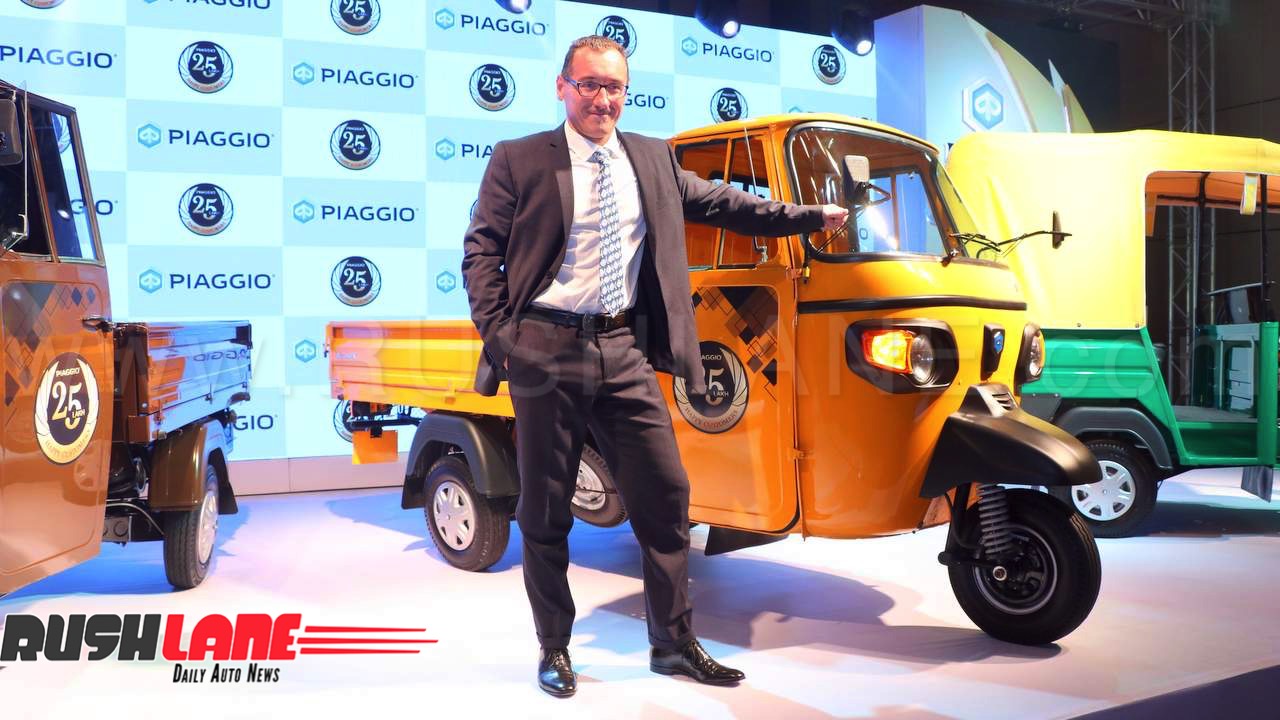 Buyers of the Ape CNG/LPG/Petrol 3 wheeler vehicles will be entitled to 36 months of 1 lakh km warranty and a personal accident insurance cover to the extent of INR 1 lakh.

The company’s Baramati plant has annual production capacity of over 3 lakh three wheelers and 80,000 four wheelers and is currently functioning at 95% capacity. Piaggio also recently introduced a new series of Ape CNG/LPG fuel vehicles in the three wheeler segment and Ape Xtra LDX and Ape Auto DX are a part of the company’s new water cooled engine maintenance plan.

These models receive water cooled engines offering increased power, mileage and performance while being low in maintenance costs. The recently introduced Ape series are ideally suited for intra-city transportation both in the passenger and cargo segment.