Anand Mahindra, the Chairman of Mahindra group has over 6.8 million followers on Twitter and it is his noble deeds and witty humour which keeps his followers engaged. Mr. Mahindra had recently unveiled the Battista hyper car from Pininfarina at the ongoing Geneva Motor Show.

The Battista now happens to be the fastest electric car on the planet with some mind-boggling acceleration figures. It can do a 0-100 kmph in less than 2 seconds, 0-300 kmph in under 12 seconds and has a top speed of over 350 kmph. This makes it even faster than the likes of Buggati Chiron, in terms of acceleration. 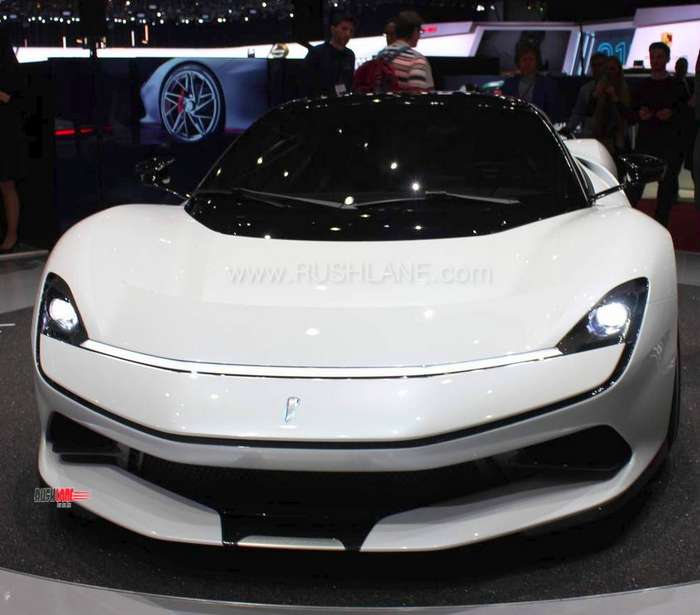 Almost everyone who saw the car, or the performance figures was truly impressed. However, one of his Indian follower thought of asking him the quintessential desi question, ‘Sir, Kitna Deti Hai?’ (Translation: What is the fuel economy of the car?”). Mr. Mahindra took the opportunity and gave an equally amusing and befitting reply by stating, “Sirji, electric hai.. Shock deti hai.” (Translation: Dear, it is an electric vehicle, it can give you an electric shock!)

This isn’t the first incident when Mr. Mahindra has impressed his followers with his humour. There have been numerous similar incidents in the past as well. Talking about Pininfarina, it is an Italian design firm which was purchased by different companies of the Mahindra group. Since the acquisition, Mahindra has been taking help from Pininfarina to design and style its latest products. 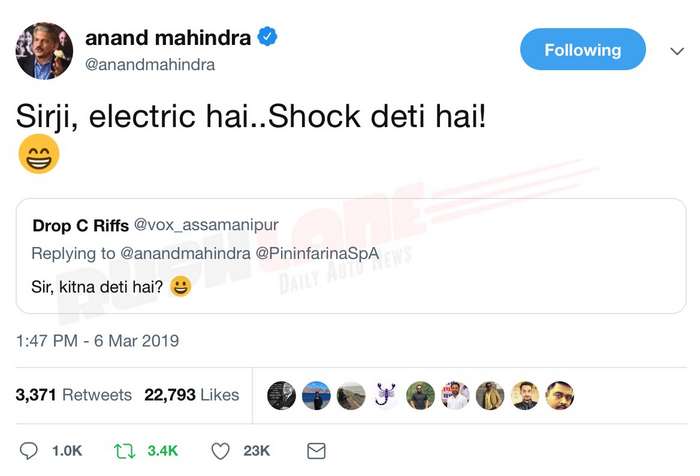 As far as Battista is concerned, it is an all-electric performance car. It draws power from a 120kWh battery back which alone weighs a massive 650kgs. Power is then extracted and delivered to 4 motors which have been fit in all wheels (one in each). The battery management system has been developed jointly by Rimac and Mahindra Racing Formula E team. Total power output of the car stands at 1,900hp, making it more powerful than cars like Bugatti Chiron and Koenigsegg Agera RS. Pininfarina claims that the range on a complete charge will be around 450km, however customers will have the option to tune the car’s output for performance/mileage.

Commercial production will start in around 15 months or so and it will be restricted to just 150 units. Globally around 25-40 dealer partners will be chosen who will retail the car in major cities like New York, London, Los Angeles, Toronto, Hong Kong etc. Price is expected to be in the USD 2 – 2.5 million range (INR 14.5 – 18.12 Cr), excluding taxes and import duty.