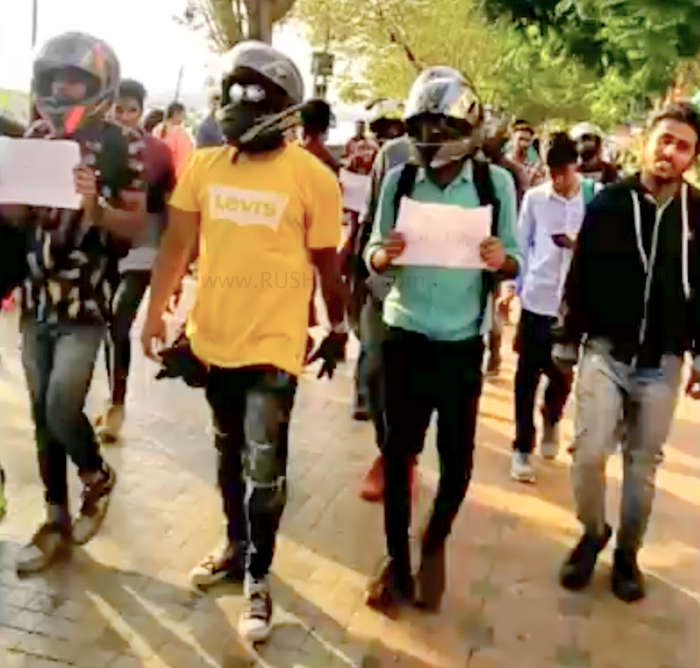 Kerala promotes state tourism with tagline – ‘God’s own country’. But, the state is also known for its modified vehicles. You will find a lot of modified cars and bikes here. Reason, enthusiasts here really like to modify their vehicles, and give it a touch of their own liking. This is also the reason why enthusiasts fondly refer to Kerala as ‘Mod’s own country’.

But it seems that will soon come to an end. After the Supreme Court ruling, which banned any sort of modification on cars and bikes, the police in Kerala have come down heavily on car and bike owners who have modified their vehicles. Even the smallest mod-jobs are resulting in heavy fines, and sometimes confiscation.

Recently, Kerala police confiscated 10 bikes which were part of an Auto Show inside local college. These bikes were not even on public road. But still were confiscated. There are reports where Police have fined bikers for even using a seat cover. To protest these actions being taken by Kerala police, a group of bikers and enthusiasts came together and started a protest march on public road. The marchers were shouting slogans – “We love to modify. Please save the modify.” They were also holding placards with same words. This too was dealt harshly by the cops, as 15 of the bikers from the protest march are now arrested.

The video above was posted by Bikers Heaven on Youtube. Times of India reports that when asked, a cop said this on the arrests made – “The youths had apparently gathered in the city with the intention of breaking the rules. We are checking whether they have any criminal antecedents.”

As per those who were part of the protest, they say that they rode on their bikes, in full riding gear, to the High Court junction, which is where they started the protest. When they reached Chathiyath Road, they were stopped by the cops. This resulted in a ruckus on road and cops started arresting bikers. This resulted in many bikers running away. Cops managed to arrest 15 of them.

The Supreme Court order under Section 52 (1) of Motor Vehicle Act has stated that any modifications on any model of cars or bikes are considered illegal. The Kerala Motor Vehicle Department has started a ‘Freaken’ drive which is being followed by all RTOs in the state. Cars, motorcycles and scooters are being stopped to check for aftermarket modifications and owners are being fined and documents confiscated while all owners are asked to revert their vehicles to stock condition.

While this is a Supreme Court order, the order does not specify any specific details of modification which has caused some confusion among vehicle users. There have been protests from some off-road vehicle owners as well, but no official statements from the authorities have been shared.

Cars and bikes which have aftermarket lights installed, are also being confiscated. The Kerala MVD has been given lux meters and light intensity devices to check the intensity of headlamps with over 45 such cases being detected in the state and fines issued. The drive also sought to clamp down on modified vehicle emitting loud sounds thereby causing disturbance to the residents. All such modifications which change the color of the vehicle, size of tyres and modifications of headlamps and exhausts are considered illegal.