A 26 year old youth belonging to the Kanwariya sect was arrested on Thursday after he damaged a car at Delhi’s Moti Nagar area. Rahul alias Billa, a resident of Delhi’s Uttam Nagar, along with the other protesters vandalized a Hyundai i10 car that happened to brush past a group of Kanwariyas as they passed through the city.

The protesters hit the car with sticks and iron rods and even turned it upside down. Fortunately the occupants were able to step out of the car before they got hurt. Eyewitnesses state that the Kanwariyas were blocking the road when the Hyundai i10 brushed past the group. 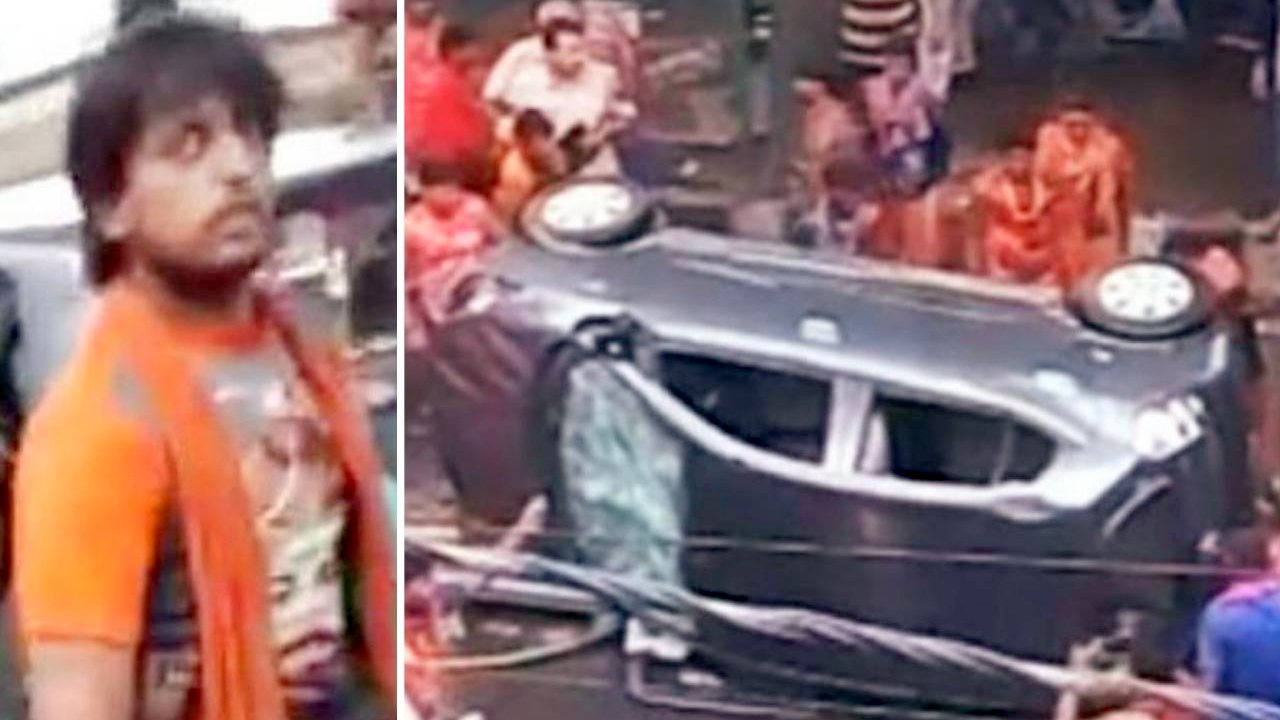 Vijay Kumar, DCP (West) said, “We had formed several police teams to identify and arrest the people involved in the incident. CCTV footage of a large number of shops and kanwariya camps on the road were analysed. The records of kanwariya camps and criminals en route the destination of police stations falling on the Najafgarh Road were scrutinised and compared.”

The main accused, Rahul has been arrested. He has been involved in many thefts earlier and has been out on bail in a case registered in 2014. The police have been on the lookout for him and had even gone to his home in Uttam Nagar and questioned his relatives as to his whereabouts. After searching the entire neighbourhood, the police were finally able to nab Rahul at 6.30 pm on Thursday. Watch the video shot by a passerby below.

Rahul had collected water from the Ganga in Haridwar and was returning home when he joined the other Kanwariyas and vandalized the car. He was seen on CCTV footage with a stick in his hand as he smashed the car.

A case has been registered against him for causing damage and wrongful restraint and following interrogation and arrest, Rahul has confessed to his involvement in the crime. Since both offences are bailable, the police now add Indian Penal Code section pertaining to rioting.